So… Are we exclusive? 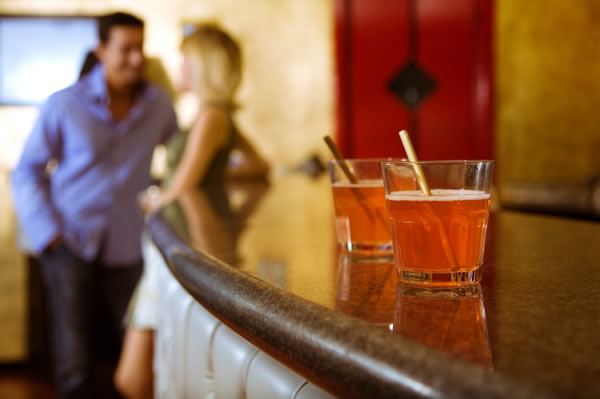 That sentence seems so American doesn’t it? 7 years ago when I started dating it was something that was never really questioned. The chances of someone seeing two people at once seemed very slim; it was a question that never needed asking.

Now with the rise of online dating it’s become a very important and necessary question. Chances are when you’re on a dating site or app, you’re talking to more than one person. You are getting to know several people at a time and chances are you end up meeting two or more in person around the same time as well.

You might find that you like two people, two really nice people you want to get to know better before deciding who you like best. Yes this might sound cruel essentially pitting two people against each other (without their knowledge), but isn’t life made up of choices? Choices as to what is best for you either at the time or for the future? This is just another one of those choices.

So when is the right time to ask? And is honesty the best policy here?

And if someone happens to be dating you and someone else at the same time do you have a right to be angry or annoyed?

Personally I have no idea. To me this is such a grey area of dating that unless there are real feelings there I don’t think it even warrants asking the question.

For me I’d only ask about exclusivity if I actually wanted to be exclusive and that the chances seemed good that they’d respond with the same want. Typically this might not be in the first week or two, but something more saved a month or so in. Of course this is dependent in each individual relationship.

The important thing is to pick your moment.

2 Responses to So… Are we exclusive?
Filter
Showing only Website comments

(Don’t know why I would post an opinion on this. I know about as much about dating as the Dalai Lama)

I think that would be a great expectation – but in reality I’m not sure that’s put into practice!

(Don’t know why I would post an opinion on this. I know about as much about dating as the Dalai Lama)

Jodie Roberts - 4 minutes ago
Julia McFarlane what are you two up to this weekend? This looks lovely View
Jo Smith - 3 hours ago
Kathryn Sequoia it sure does K View
Sayward McKeown - 10 hours ago
Nathan O'Brien yes!! This looks awesome 👏 View
Sport 5

Bob Jones - 12 hours ago
Deb Wheare And Lynne Meredith... I've heard because of the more right someone who identifys as being an Aboriginal or Torres... View
Kev Martin - 21 hours ago
I find If you stop breaking the law, you don't get locked up View
Deb Wheare - 1 day ago
Jacob Torresan face palm View
Community 12

During the 'unprecedented' year we all experienced in Canberra during 2020, lots of new words and emotions entered my vocabulary....
Food & Wine 110

The victim of an attempted bag-snatch outside Belconnen Mall last Sunday (10 January) says her impression of Canberra as a...
*Results are based on activity within last 7 days

Tales of Tinderella – a story of happy endings, or happy ever after

Living with people makes parenting easier – so why don’t more of us do it?

It’s 2020, and some people still think all people of colour look the same

@The_RiotACT @The_RiotACT
This remarkable seafront complex for sale near Narooma is your chance to purchase a unique residence with optional tourism business opportunity https://t.co/Fze10GhLLY (36 minutes ago)