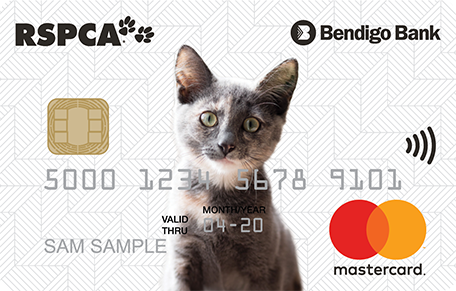 Launched in 2005, this initiative from Bendigo Bank has already raised more than $2.6 million to help RSPCA shelters care for animals in need, including the facility in Weston. It specifically aids the RSPCA Adoptapet program which seeks to find homes for animals that have been abandoned by their owners.

The RSPCA Mastercard works just like a normal credit card, with a standard monthly interest rate and an interest free period. In addition though, the bank calculates a percentage of whatever you spend over the course of a month and makes an equivalent donation to the fund. Card holders can also make direct contributions by opting to have $5 debited from their account and credited to the RSPCA fund.

The card has been incredibly well received, no doubt due in part to the very cute cat and dog card choices. Initiatives such as the RSPCA Mastercard have led to nation-wide recognition of Bendigo Bank as a socially responsible service provider, repeatedly winning consumer awards for credit cards, bank of choice, and community recognition (such as the recent Corporate Citizen of the Year award). 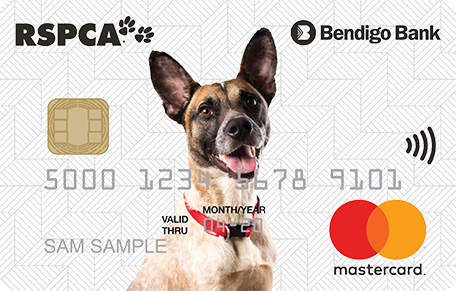 In Canberra, four of our Bendigo Bank branches (Wanniassa, Curtin, Calwell and Jerrabomberra) are Community Bank® Branches, operated by the Canberra Community Bank® Group. As part of their charter, 80% of profits go back into the Canberra community via grants for local not-for-profits, donations to charities, assistance in building community facilities, and so on. Profits are derived from the bank’s product range, such as the RSPCA Rescue card, and the Qantas Platinum card which is the bank’s first credit card linked to the Qantas frequent flyer rewards program.

With consumers more focussed than ever on choosing ethical service providers, it’s little wonder that a small community bank has grown to become the fifth largest full service retail banking provider in Australia with 1.6 million discerning customers supporting an organisation that openly supports their community.

For more information about RSPCA or Qantas frequent flyer credit cards, pop into any one of the Canberra Community Bank® branches in Curtin, Calwell, Wanniassa or Jerrabomberra.

Love my RSPCA Bendigo Bank credit card!! (and use it far too often …). 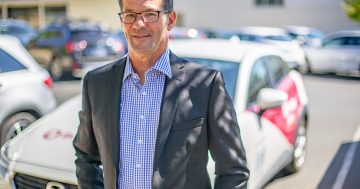