2014 can’t come to an end soon enough for the Canberra Raiders and their fans.

That was the feeling after the Raiders fell 34-16 to St George Illawarra at GIO Stadium Canberra on Saturday afternoon.

Adding salt to Canberra’s gaping wounds was the fact that the victory was the Dragons’ first in the nation’s capital since 2000. The NRL’s biggest hoodoo is officially dead.

The Raiders held a 16-10 lead early in the second-half, but the Dragons put on a scintillating display of attacking football to score 24 unanswered points in what was ultimately a comfortable victory.

Josh Papalii, Jordan Rapana and Jarrod Croker crossed the line for the home side, with Croker converting two of the three tries.

Brett Morris was the standout for the Dragons and grabbed three tries during a memorable afternoon. Jason Nightingale scored a double, while Josh Dugan and Peter Mata’utia were also the on score card. Gareth Widdop kicked three conversions.

In the Canberra Raiders Cup, the Goulburn Bulldogs emerged 16-10 winners over West Belconnen Warriors in the pair’s elimination final on Sunday afternoon. The Bulldogs will play the loser of next week’s major semi-final between the Queanbeyan Kangaroos and the Blues in two weeks’ time for a spot in the grand final.

The Belconnen Magpies became the first Canberra NEAFL side to defeat a Queensland opposition this year with a stunning 16.11 (107) to 13.8 (86) victory over Southport at Kippax Oval on Saturday.

The Magpies produced a brilliant performance to secure the 21-point victory and in the process, massively dent Southport’s finals chances.

Belconnen’s Bennett brothers were instrumental throughout the contest as both Lexie and James led by example from the middle of the pitch.

Half-forward Jacob Taylor led the charge on the goal-scoring front by kicking four for the afternoon, while his brother, Isaac, added two of his own.

The Cooma Tigers claimed the 2014 NPL: Capital Football league championship with a 3-0 victory over Belconnen United at Nijong Oval on Sunday afternoon.

The victory moves Cooma onto 37 competition points with one round left to play in the regular season, giving it an unassailable lead at the summit of the competition table, while second-placed United remain on 32 points after the loss.

Goran Josifovski scored a brace for the home side to set it on its way, and talisman Robbie Cattanach added gloss to the score line with a goal in the 91st minute to seal the result and the championship for Cooma.

In other NPL action, Tuggeranong United’s FFA Cup hangover was evident in its 3-1 loss to Woden Valley, FFA COE overcame Monaro 4-2, and Canberra Olympic and Canberra City split the points in a 3-all draw on Sunday afternoon.

The Canberra Brave endured a forgettable weekend on the road as they suffered back-to-back defeats at the hands of the Adelaide Adrenaline over the weekend.

Having secured their place in the top four last weekend, the Brave failed to build momentum ahead of the Australian Ice Hockey League finals as they fell 5-2 to the Adrenaline on Saturday night before going down 6-2 on Sunday.

Corey Wilkie and Ryan Johnson were on target for the Brave in Saturday’s encounter, while Stephen Blunden scored a brace in Sunday’s defeat.

The Canberra Gunners wrapped up their 2014 SEABL season with a narrow 97-93 loss to the Knox Raiders at Belconnen Stadium on Saturday night.

Despite improving greatly in 2014, the Gunners fell agonisingly short of ending their season on a high note.

Garlon Green had another excellent night, scoring 27 points – the highest individual tally of the evening– while Matt Staff added 19 of his own.

In the women’s competition, the Canberra Capitals Academy finished their season with a 65-61 victory over Knox. Ellie Junod starred with 22 points. 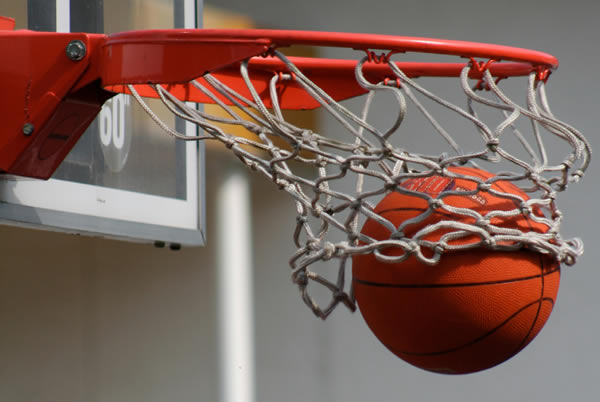 Canberra Roller Derby League also had its second double-header of the home season, with scores as follows:

The next match-up will be on Saturday, September 20th, and see all four teams play to qualify for a chance to win season champion!

@The_RiotACT @The_RiotACT
How do you rate @Channel7’s coverage of the Tokyo Olympics? Given the circumstances, Tim Gavel, who's commentated at seven Olympics, says it's been remarkable https://t.co/YMoHbEE7Md (17 minutes ago)