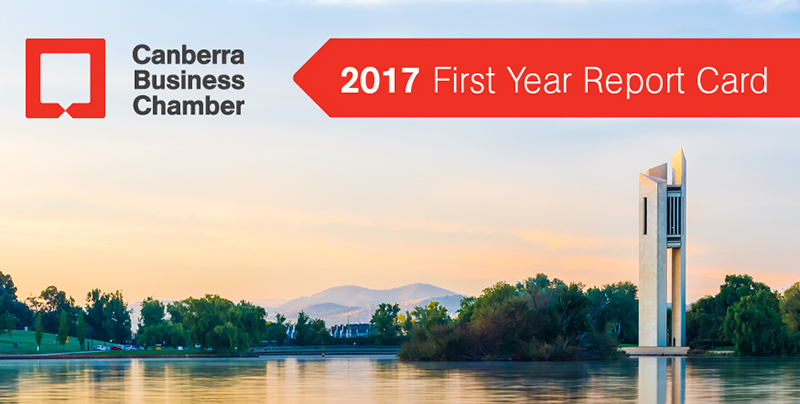 There is no question that the Canberra Region is expanding and changing – usually for the better, as recently evidenced by our city being named one of the top three places in the world to visit in 2018 by Lonely Planet.

However, without a plan for our future, change is likely to be ad hoc, fragmented, and possibly delayed. Without a plan, the change and expansion we are loving today could be our white elephant, our global cringe moment in years to come.

Unlike many other places in the world, Canberra is a planned city and this has no doubt contributed to the many charms visitors are discovering and locals delight in.

However, that planning refers to our layout and infrastructure, but what about the other components that make up an internationally admired city?

In 2016, the Canberra Business Chamber, in consultation with its members and Kindred Organisations pondered the question: what would make our region great in the future?

The result was the development of Destination 2030: A Vision for Canberra. Destination 2030 is a roadmap for the Canberra Region’s future that builds on its current strengths.

Five key priorities have been identified to help create the Canberra of tomorrow. According to the input from all those involved in this project, we need to focus on making our region:

Canberra in 2030 will be the world’s most liveable city.

Canberra in 2030 will be a connected city supporting communication, collaboration, and exploration.

Canberra in 2030 will be a smart city that celebrates knowledge, supports learning and invests in new ideas, and is part of the global information hub.

Canberra in 2030 will be a leading sustainable city with an economy that performs through and with change, leveraging off its strengths as a liveable, international, connected and agile place to do business.

The goal of Destination 2030 was to provide all those who can influence our future, regardless of their political affiliations, with a single reference point of where we want to be 13 years from now and how to get there. It allowed all Canberrans – be they business, community, Government or social groups – to define their path on how to achieve a Canberra we want to bring up our families in.

With the first year of the vision now behind us, it is now the perfect time to reflect on how we are progressing towards these goals. Canberra Business Chamber has released a report card to grade the level of success in each of the five key areas.

The report card shows significant headway has already been made, with no priority area scoring less than a B for achievement to date.

The highest score was an A+ for ‘Connected’, followed by ‘Agile’, ‘International’, ‘Liveable’ and ‘Resilient’.

Positive steps have been taken under each criterion. International flights have been a major win, as has the establishment of the City Renewal Authority, light rail, support for social enterprises, and efforts to combat obesity.

While grades were very respectable, the report card also highlights areas for attention in the coming year.

Challenges that still need to be addressed to move the Canberra Region closer to its 2030 vision include:

The short-term goals, as well as those we want to achieve by 2030, can only be achieved by all of us working together. This report card shows us that together, Canberra is far stronger and can achieve so much more than many others may think we can.

A full copy of the Destination 2030 Report Card can be found here.

What more can we do to achieve the goals mentioned in ‘Destination 2030’? Share your thoughts with us by commenting below.