There have been reports of understaffing across the early childhood education sector. File photo.

The peak body for Australia’s early childhood sector says it has become increasingly difficult to hire and retain early childcare staff in the ACT, as centres across the territory struggle with understaffing.

Early Childhood Australia CEO Samantha Page said that around 30 new centres had opened across the nation’s capital in the past couple of years, spreading teachers and educators thin across the sector.

Ms Page said the growth in the sector, as well as the introduction of stronger qualification requirements which were introduced in 2012, had seen a shortage of staff as centres struggled to attract teachers and educators from interstate.

“We have heard early childhood service complaints about the difficulty of attracting and retaining staff in the ACT,” Ms Page told Region Media.

“I don’t know if it is every service across the territory but certainly a high proportion of services are reporting that it has been hard to attract particularly teachers but also educators.”

Over the last decade, Ms Page said ACT’s early childhood sector has seen a sudden shift from long waiting lists for daycares to now an oversupply of service, calling on the ACT Government needs to address the urgent problem.

“A few years ago, it was really hard to get into daycare in the ACT. You had to go on a waiting list and you were lucky to get a place by the time your child was ready to start,” Ms Page said. 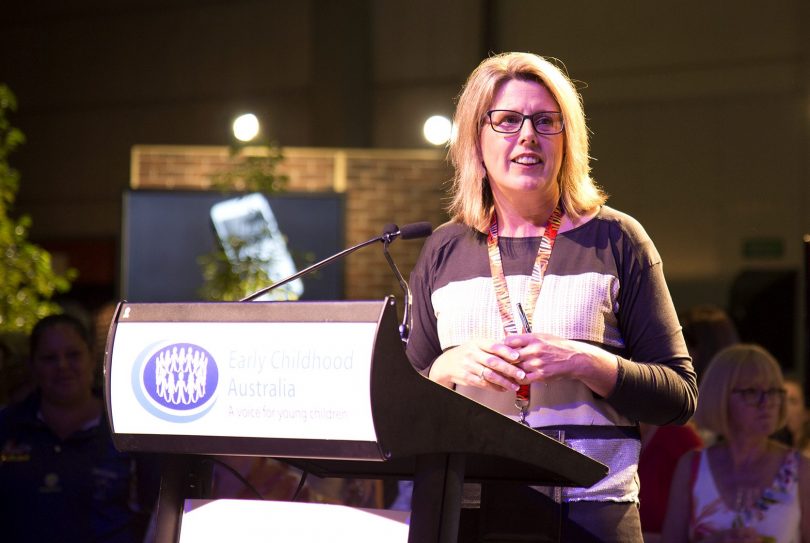 Samantha Page is calling for better planning of childcare services so the market doesn’t have “boom and bust cycles”. Photo: Supplied.

“Now there is a lot of spare capacity in the services due to the number of new services that have come online, creating an increase in the number of positions and increasing competition for staff.

“There have been calls for a long time from the sector for better planning of services, so the market does not have these boom and bust cycles. One minute there is undersupply and the next there is an oversupply.”

According to an ABC report, Child Education and Care Assurance investigators had found understaffing in at least 18 centres in Canberra, including centres run by the YMCA, Sherpa Kids, Anglicare, Guardian Early Learning, Kids Club Child Care and Communities@Work.

Investigators’ documents, which were released under freedom of information laws also highlighted security concerns across the sector, with several incidents of children being left unsupervised and having wandered out of centres.

Despite the systemic issues in the sector, Ms Page said there was no excuse to cut corners and was appaled by the alleged incidents.

“I am not excusing poor practice and not for one minute am I suggesting that this is the only reason or even the primary reason why we are seeing examples of terrible practice,” she said. “Nothing justifies things like falsifying records or leaving children unsupervised. That is not okay.” 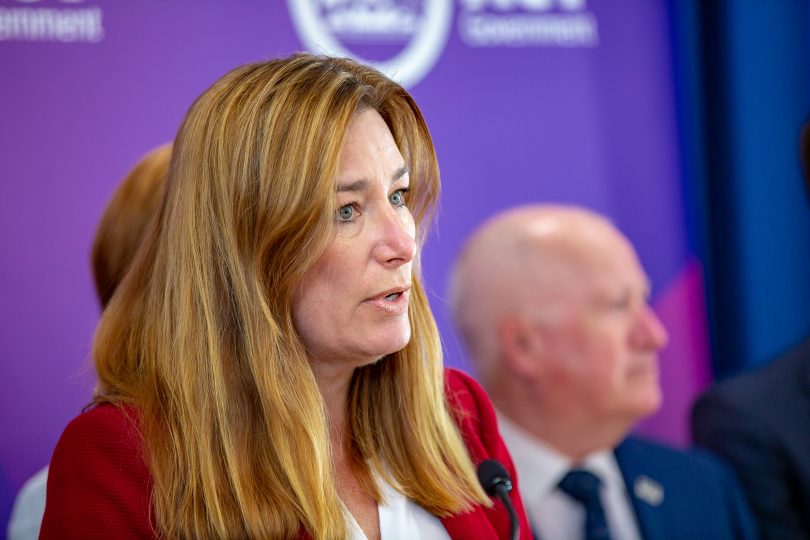 “The Government is acutely aware of the need to value educators working in the early childhood education sector and develop this workforce,” Ms Berry said. “The early childhood strategy will elevate this issue as one of its key priorities, with initiatives and investment directed to increased professionalisation of educators.

“It is also vital that providers value their workers with fair pay conditions and by providing professional development. These factors will help attract and keep educators in the sector.

“As the Government works towards implementing universal free three-year-old early childhood education, it has been focused on an approach that will account for workforce issues. The additional government investment through this initiative will help provide funding to develop the workforce.”

Part of the problem is not lack of staff, but that staff have to spend so much time “off the floor” that the effective staff ratios are simply not met. Remove some of the bureaucracy, make staff return to actual child supervision, and make sure all staff are effectively employed in direct ECE rather than lurking elsewhere.

Which leaves me wondering why it is so hard for a K-6 qualified primary school teacher to work as an ECT?? I am all for a qualified work force in the sector, and I would love to join it, but my 4 year teaching degree isn't enough to even get me in the door of a pre-school (apart from the odd day of relief teaching). Surely some on the job training (maybe sponsored or subsidised) would see me qualified as an ECT quickly whilst filling a staffing gap. The EC sector lost so many wonderful, experienced staff when they introduced arbitrary cert 4 qualifications for assistants, as well. It's a mess.

Sarah McDonald it would be wonderful if there were more teachers avaialble to work in ece. Unfortunately many services are unable to afford better qualified educators/teachers without charging families extreme fees. If the gov would give ece proper recognition as a sector (and stop calling it child care industry) that would help, but instead they have decided to change child care subsity which left many families with no choice but get private nannies or aupairs.

Also many services in canberra especially struggle with occupancy. Why then there are more approvals issued?

Im glad there are primary school teachers like you who put their hand up to work in the sector. 🥰

Craig Sutton - 9 seconds ago
Failed? GWS and the Lions both have 30k members which is more than most of the NRL clubs except Souths and Para. Even the Sun... View
Timothy McAulay - 1 minute ago
It will happen. But tassie will get a team first View
Craig Sutton - 7 minutes ago
I think GWS should play more games in Canberra. I don’t think we’re big enough to cover our own AFL in its own right. Tas... View
Opinion 189

Scottie Gee - 36 minutes ago
The A.C.T Government has been talking about taking over the land the station sits on for about 10 years that i know of. They'... View
Nick Swain - 58 minutes ago
There were plans to move the railway station into Fyshwick a couple of years ago but commonsense prevailed. It would have mad... View
Peter Longland - 1 hour ago
not if you live close by... View
Opinion 11

Sam Oak - 2 hours ago
The Barr government’s covid response has been an absolute farce. Restrictions were never tough enough at the beginning to e... View
News 50

brianf - 2 hours ago
Hi Astro2, One of their early pronouncements was that the tram would replace Rapids as they rolled out their hub model. It wo... View
News 25

chewy14 - 3 hours ago
Yep, I'd have no problem with it and already do have similar developments near me. This one looks good, it will provide signi... View
show more show less
*Results are based on activity within last 7 days

UPDATED 3:30 pm: Chief Minister Andrew Barr's response to a question about whether border compliance activities will be ramped up over...
News 25

Speculation around a potential return to Canberra of the Supercars, operating in a circuit around Exhibition Park, has raised the...
News 95

Did anybody seriously believe that the ACT lockdown would not be extended this week, with cases oscillating between the mid-teens...
Breaking 67

A career in early education and care with Communities@Work

Tips for transitioning children and families to child care

@The_RiotACT @The_RiotACT
Shakespeare by the Lakes will return in a COVID-safe setting in 2022, with Australian drama icon Tony Knight directing As You Like It https://t.co/ml56l33PLS (31 minutes ago)

@The_RiotACT @The_RiotACT
Registered nurse Luke Roberts is about to return to work at ICU at Canberra Hospital after his challenging, yet rewarding role as coordinator/nurse for the Australian #Paralympics Team's #Medical HQ in Tokyo https://t.co/2uQpaEyZw6 (2 hours ago)