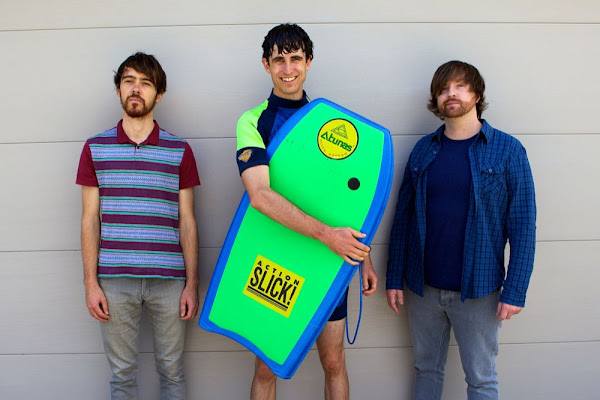 Canberra’s kings of shouty hard rock, Super Best Friends, have announced the release of their new EP, a new track, and a national tour.

“Outraged party rock” is what Blunt Magazine calls SUPER BEST FRIENDS. That’s us. We’re a band from Canberra and we party and we rock and we’re outraged by stuff and we shout about it until we fall over.’

The EP is going to be called “Handshake”, and the new single is “No Logo is a Joke”.

They’re going to be playing Transit on 26 April if you want to check out the live show. 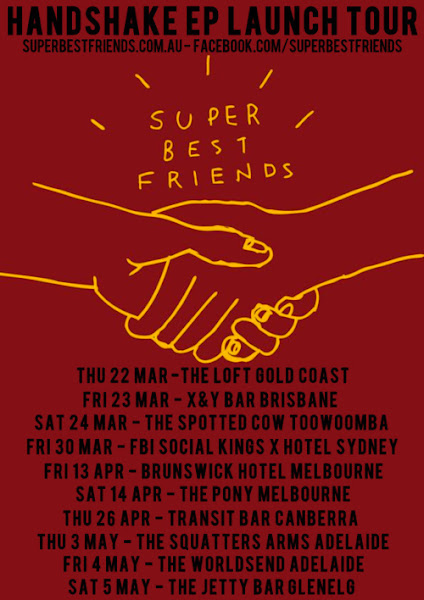 Dianne Gilbert - 2 hours ago
Lauren Rogers I remember your Business excursion! View
Olympia Muir-Williams - 8 hours ago
Molly Salim as the person who brought frugii into my life i want to grieve with you View
Jas Alice - 9 hours ago
Alexander Kary omg noooo thats awful! View
News 13

Gabriel Spacca - 5 hours ago
By 2027 I hope to be able to retire and move to a community that is less at the whim of developers. View
Capital Retro - 8 hours ago
"by 2045 there won't be anyone car maker in the world still making petrol vehicles, and a good thing too." Remember "peak pet... View
Tom Adam - 8 hours ago
And yet we keep pointing out that Mawson is a much better terminus for stage 2B to remove bus trips of 1 stop for thousands o... View
Community 16

Caroline Le Couteur - 7 hours ago
Good work View
Natalee George - 10 hours ago
Louise Bilston you definitely were a big part of me getting back into coaching 💙💚 View
Louise Bilston - 10 hours ago
Thanks Brendhan! NACT couldn’t ask for a better Chair for their FARM committee. You have big shoes to fill following Scott... View
Opinion 3

cockneyreject - 9 hours ago
There’s a lot of good down here in Canberra but there is a certain insularity and in some ways management is a generation b... View
Property 4

tr0jan - 10 hours ago
I grew up in Narrabundah, Danny’s bakery has been there as long as I can remember and our family have been enjoying the del... View
sebastiancampbell - 12 hours ago
I think that the traditional atmosphere and service in Danny’s is fantastic. It is something that is sadly lacking in the f... View
Katie Humphrys - 13 hours ago
You sound nice. Drop in and introduce yourself one day! If it was as bad as you describe funny how it’s still going; must b... View
Opinion 5

c j - 13 hours ago
Indeed. Completely overlooked the negatives and displacement that this will bring thousands of Canberrans View
News 11

The owners of the Zoo Bar and Grill are taking Canberra's nightlife to the next level by launching the Mile High...
Community 13

Commuters from Woden to the City will be swapping their Rapid buses for light rail once the line is connected...
Community 13

@The_RiotACT @The_RiotACT
Relax with rhinos and giraffes as the @national_zoo & Aquarium offers a series of unique morning yoga classes among the animals https://t.co/qIekMt93ot (9 hours ago)