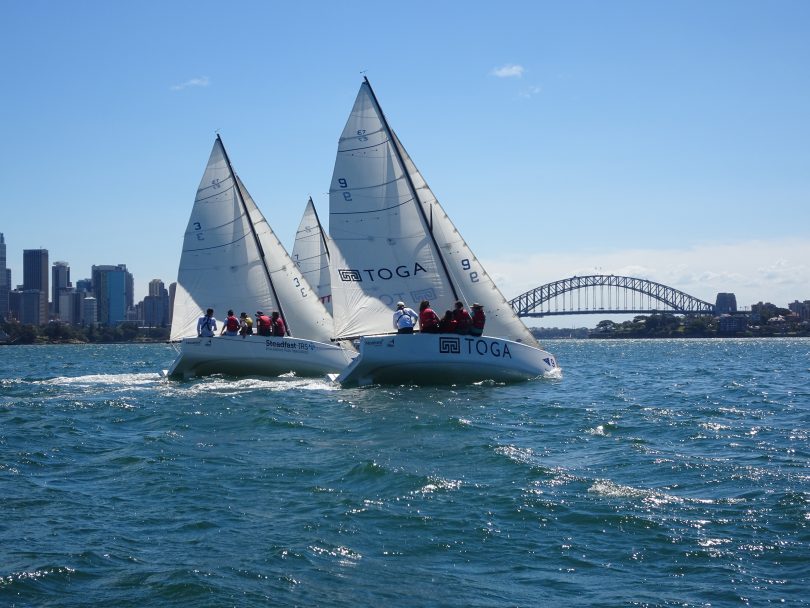 As the Sydney to Hobart fleet cuts through the waters of southern New South Wales in 2017, another layer is added to a local bond with these brave souls that dates back to the very first race in 1945.

The community of Eden, just north of the Victorian border, keeps watch over the race every year ready with a bed, a bath, and a beer for sailors forced to retreat and retire to the safe waters of Twofold Bay.

Eden is the last port before the dash across the infamous Bass Straight, a landmark that calls on crews to make a check of gear and their own ticker before committing to the mighty swells of the Southern Ocean.

No skipper ever wants to claim the tongue in cheek “First into Eden” trophy, none the less, every bruised and battered crew that has tied up at Snug Cove during the 73 years of the race is grateful this community is there, ready to look after them.

Robyn Malcolm, a member of Twofold Bay Yacht Club and admin officer at Eden Marine High School is one of those who coordinates any response, “I know of locals who have fed 18 sailors for breakfast, taken in strangers at 2 o’clock in the morning, driven a sailor to Canberra for dental help, you name it we’ve done it, ” she says.

“If we know it’s going to be a rough race, people will ring me and say – ‘call me anytime, we can take sailors’ it’s pretty special what this town does.” 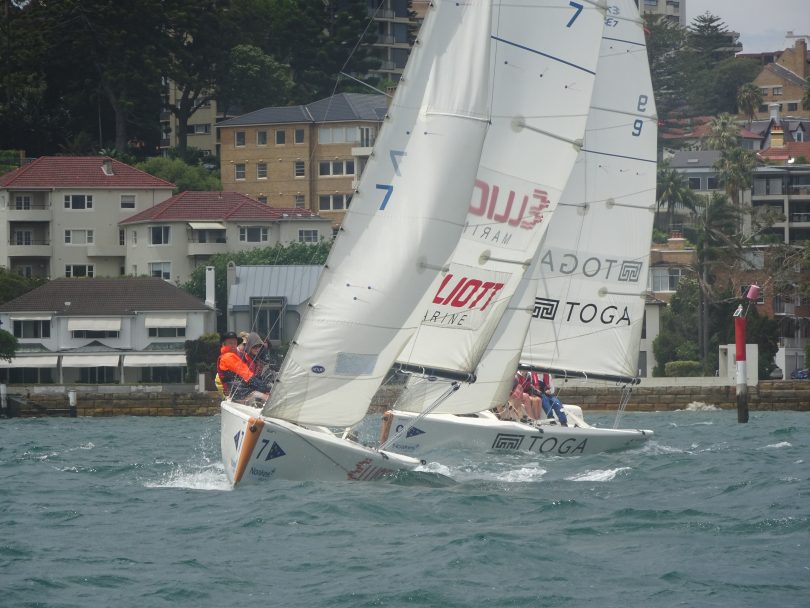 For the last 23 years, race organisers, the Cruising Yacht Club of Australia (CYCA) has returned the favour by taking in students from Eden Marine High School for a week of sailing tuition as part of their youth academy.

The tradition started after the race of 1993, which saw heavy seas and many yachts forced to call into Twofold Bay. It also builds on Robyn’s relationship with both the school and sailing.

The hospitality of the CYCA and the Sydney sailing community has been enormous, perhaps only matched by that of the Eden community. Aside from the learn to sail classes, students take part in competitive sailing events on members yachts while being fed and watered at the Club’s expense. The 15, 16, and 17-year-olds sleep on yachts at Rushcutters Bay courtesy of East Sail, and Phillip’s Foote restaurant in The Rocks shouts them dinner one night.

“I think everyone appreciates these kids are from the country and don’t get experiences like this, and they can all see how good it is for them,” Robyn says.

This year’s class is not long back from their time on Sydney Harbour and are keen to share the experience.

“The community of Eden has played an enormous role in the success of the race over the past few decades,” CYCA Sailing Manager, Justine Kirkjian says.

“This is our thank you. Students learn about the sport of sailing and have an opportunity to practice the values it teaches, and when you add to that the chance to enjoy a trip to Sydney – a major global city, it becomes a unique experience.”

Five hundred and sixty Eden students have taken part in the program to date, most of them with no previous sailing experience.

The class of 2017 beam as they relive their time.

Sean Fitzpatrick says being in Sydney and seeing the city’s famous landmarks was amazing. Taj Wedutenko went along having only been sailing once or twice, he says he returns with a better understanding of how it all works. Shane Christiansen says he wasn’t sure if he wanted to go at first but now describes this week as one of the best things he’s ever done. Zoe Pentin, who is a member of Wallagoot Lake Boat Club glows as she talks about the speed and team atmosphere. 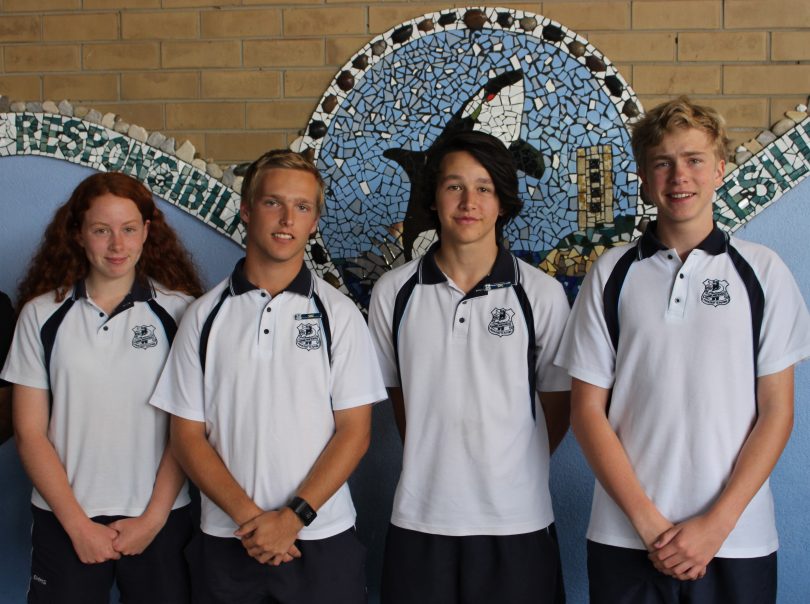 The teachers and staff of Eden Marine High School use the sailing program as a reward to students who have done well during the year or contributed to the life of the school.

“The benefits are not measured in the amount of ocean-going competitive sailors created, but in broadening horizons,” he says.

“They meet a lot of fantastic people, we run into water police, marine engineers, world champion sailors, Olympians – who are happy to talk to the kids about future opportunities.

“The Cruising Yacht Club have been mighty, this is really special,” Bernie says.

The deeper lessons learned aren’t lost on these year 10 and 11 students.

Shane rejoices in talking about the many steps involved in pushing a yacht through the water.

“And when you do it correctly you realise – I did that, I made the boat go faster and that each individual thing that you do has an impact,” he says.

Taj who wants to study aerospace engineering at the Universty of NSW says the trip to Sydney has been good for his confidence.

“This has given me a lot of new ideas, and I’ve got a better understanding of what I need to do to reach my goals,” he says.

Zoe says her passion and ability for sailing has deepened.

“I love the atmosphere, listening to the waves, picking up the pace, working as part of a team is fantastic, but also working solo is fun and good for my competitive side,” she says.

“And it [sailing] gives you something to look forward to on the weekend, it’s a fantastic outlet for stress.”

Sean, who says he is headed for a career involving maths and science, says the week was great for his leadership skills.

“This was a new experience altogether for me, I am thinking about a career in project management, so working as a team is really important,” he says. 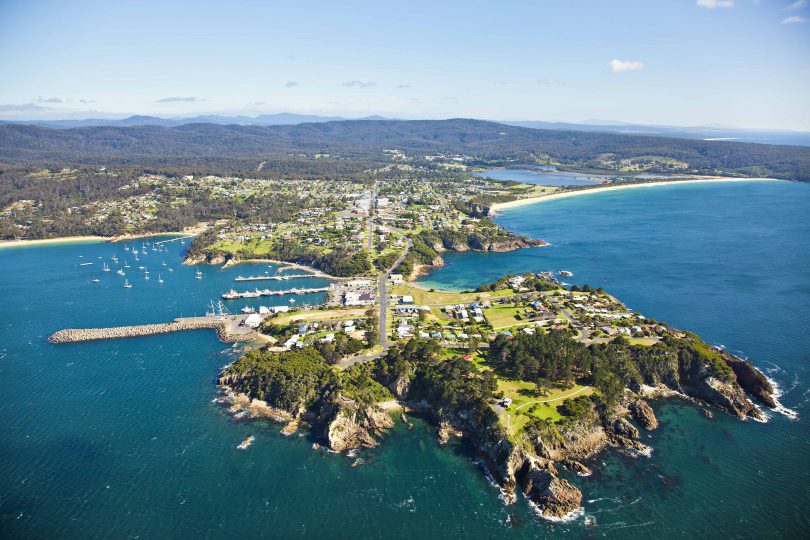 As the Sydney to Hobart surges forward from its Boxing Day start, Eden once again stands ready to help stranded sailors.

Robyn Malcolm laughs as she talks about the competitors they meet during the program.

“They always say to us -nice to meet you, but we don’t want to see you in Eden,” she says.

An interesting weather system is brewing for this year’s fleet as they head south. Commentators believe the conditions make it anyone’s race, with four Australian owned supermaxis jockeying for line honours.