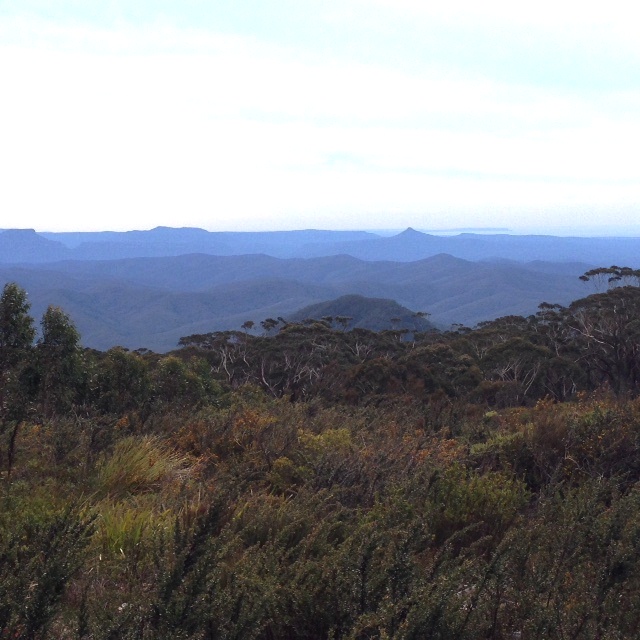 After exhausting most of the hikes in the ACT (or at least the ones I can get to in a 2WD vehicle), I set out with my friend Brooke to hike up Mt Budawang.

Mt Budawang is the namesake of the Budawang National Park and is located about a 90 minute drive from Canberra via Braidwood.

Once you head into Braidwood, take a left onto Wilson Street, which is a turn off just before the Kings Highway turn heading to Bateman’s Bay.

Wilson Street then turns into Little River Road and you continue down here until you reach a little an area with a few houses and turn right at a group of letterboxes. If you hit a dirt road before the right turn, you’ve gone too far.

Shortly after you get onto this road, turn left onto a dirt road. Here the road is ok for a 2WD and eventually you enter onto a public road bounded by private property so there are a couple of gates to open and close.

After the first gate, you come to a hiking sign that could be telling you the hike is either straight ahead or left, take the road on the left with the gate. It took us about half an hour to get to this point from Braidwood.

If you’re in a 2WD car, you might want to stop here (especially if it’s been raining lately) as the road isn’t great for a low clearance vehicle. My friend and I decided to park just after the second gate and walked in to the start of the hike. I was happy with that decision as the road wasn’t great the further you got in.

It was about 3km to the start of the hike, but fairly flat with only a few small hills and it didn’t take us long 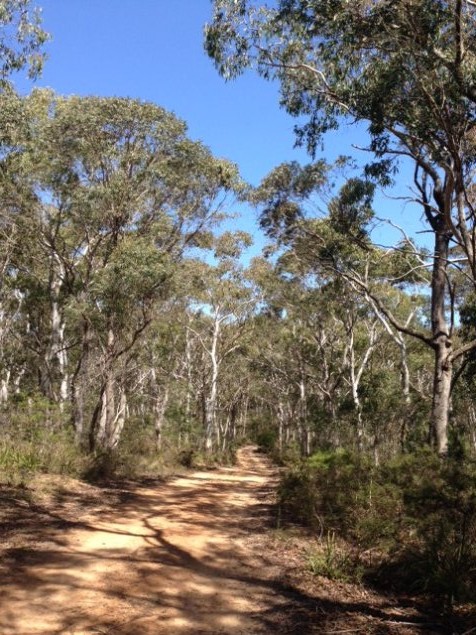 The 4km hike starts at a low gate and is a gradual incline at the beginning before getting a little steeper. It’s a wide trail – I’m guessing a fire trail.

The vegetation changes quite a bit on the journey up from grasslands to more forested terrain. 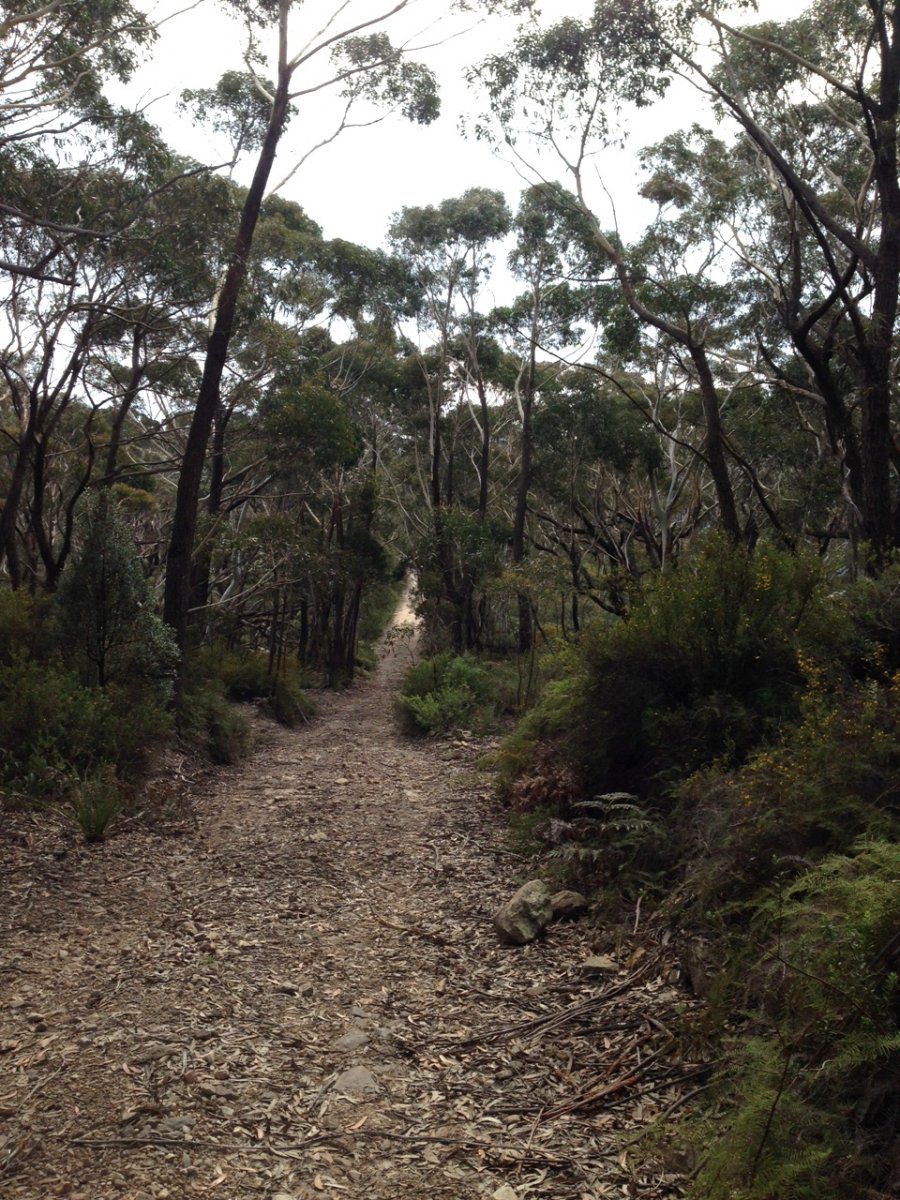 It took less than an hour from the official starting point of the hike to reach the summit which is marked with a fire tower. It was a windy day with a lot of high cloud but we still enjoyed the views over the surrounding mountains. 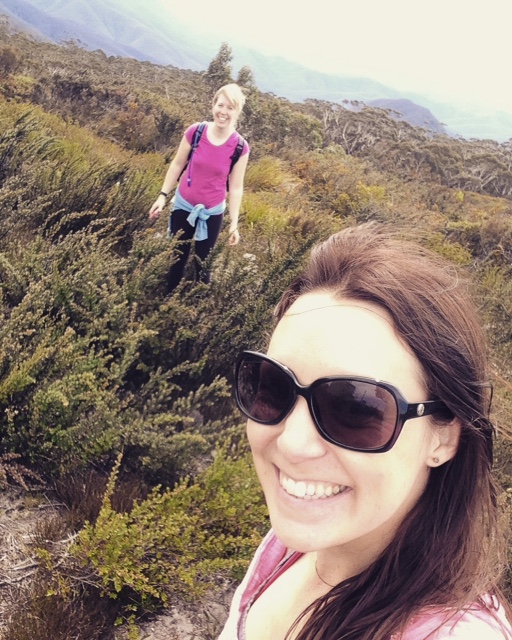 We didn’t see another person on the trail so I’m guessing the hike isn’t that well known seeing as you have to go on a dirt road to get here.

But it was worth doing with nice views and it got the heart pumping up some of the hills.

All up from the car and back, we did 14km but found it relatively easy for someone who is reasonably fit. 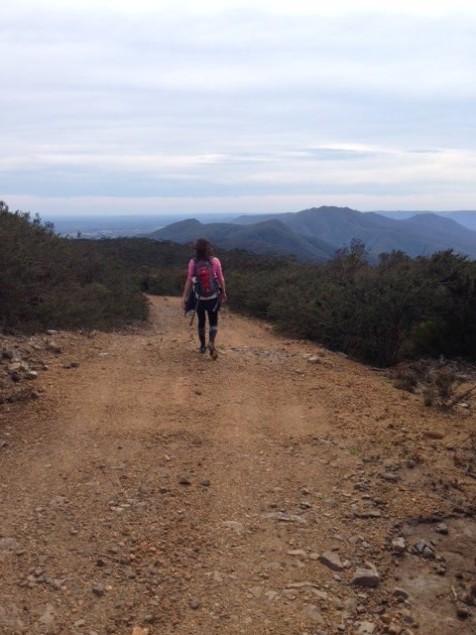 And on the drive back after burning off a few calories, you can treat yourself with a pie or sweet treat at the Braidwood Bakery.

One Response to Take a hike: Mt Budawang
Filter
Showing only Website comments

If you are after more ideas for bush walks – hit up this site. John is a legend amongst Canberra bush walkers and will be able to point you to a huge amount of walks you will be able to access.

Margaret Barry Ferguson - 46 minutes ago
Over the years the brumbies have helped with hazard reduction, travel the whole length of the park into Victoria and they do... View
Tarian Dixon - 5 hours ago
😂😂genocide of what Dan Downton??? If you are referring to indigenous people I think you misunderstand the word genocide... View
Tarian Dixon - 5 hours ago
The only reason the fire wasn’t worse around Adaminaby was the horses had grazed down the growth. I am grateful ( as someon... View
News 36

Michael Konarzewski - 1 hour ago
Correct. When we moved out of belco our neighbour was paying $450/week ($1950/m). We were paying $2150/mortgage, but about $7... View
Queenie-Lou Hilario - 2 hours ago
Malcolmo Oz ok boomer View
Malcolmo Oz - 3 hours ago
Queenie-Lou Hilario How about the whinging sound of renters (and their looney left backers) who continually make financially... View
Opinion 88

Cathy Reid - 11 hours ago
Good on you Marg! Pleased to hear about your success. View
Betty Starbux - 14 hours ago
Thank you Marg! I love CANBERRA & I miss it everyday. So tired of hearing silly politicians refer to the Canberra bubble 🙄... View
Julie Maynard - 23 hours ago
That’s awesome. I love our city and thanks for sharing how great it is with others. They will never believe you though. View
Community 1

Paula Simcocks - 21 hours ago
Looking back in times of war and crisis people loved the fun of live shows, music and drama. Lifts spirits, usually doesn’t... View
Lindy Edwards - 1 day ago
Nanna was reciting Yeats as fires approached her place. And a he'll of a lot of people are going to be singing, drawing and w... View
Community 30

@The_RiotACT @The_RiotACT
We’ve all heard the tired clichés about millennials but Will Honey from #IndependentTuggeranong says they’re the ideal generation for a career in real estate. Here's why https://t.co/IwHi2jkWEU (4 hours ago)