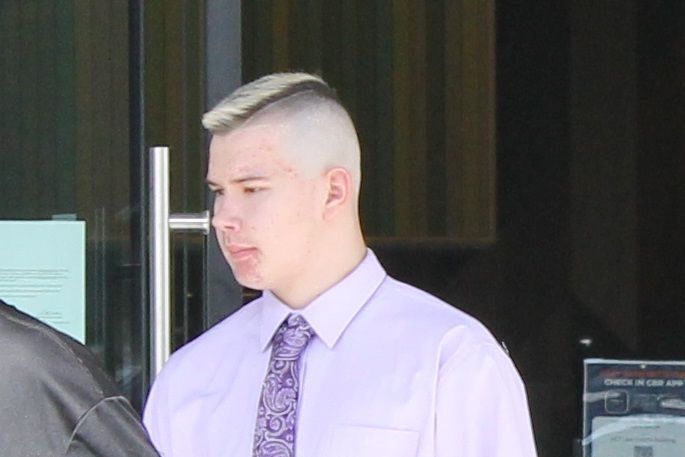 The user of a gay dating site was robbed by 18-year-old teenager Lachlan Robert Wilson, who has admitted he and a co-offender stole $100 in cash from his victim last year.

While there are not yet agreed facts in the case, the original court documents allege on 5 November 2020 Wilson’s victim was using dating site squirt.org and started talking to someone called “youngboihorny”, who initially said he was 18 before later saying he was only 15-years-old.

The victim later told police he thought he was being “set up” so agreed to meet up with the user in order to expose them.

That afternoon he received a call from a person who called themselves “youngboihorny”, with police alleging the number was registered to Wilson, and they agreed to meet later in the north Canberra suburb of Hawker.

After entering a unit complex, the victim was confronted by two men. One allegedly called him a “pedophile”, threatened him with a steak knife and demanded cash.

The two allegedly escorted the victim to an ATM in the Hawker Shops, where he withdrew and handed over $100. The alleged robbers then looked at the remaining balance in his bank account and saw it was only $17.

The two allegedly threatened to expose the man as a pedophile if he did not give them a further $200 in a week but, once they left, the man drove to Belconnen Police Station to report the incident.

Using the victim’s phone number, Australian Federal Police began talking to someone using Wilson’s phone number on 6 November and asked how they could “make this go away”.

“It won’t be going away for a long time unless I get my fare [sic] share of money. I know your name, address, ur [sic] car details, and videos of you grooming children. A good idea would be to sell your valuables!” the person using Wilson’s phone number allegedly replied.

When police asked if $800 would be enough, the person using Wilson’s phone number allegedly replied: “F–k no. $800 for this to be done? I’ll be expecting at least six more payments of the same nature in quick succession. And that’s just the beginning. Unless you want to pay a big lump sum of money at once which will be cheaper for u [sic] in the long run.”

The next day Wilson was arrested at a hotel in Narrabundah. A 16-year-old boy, who cannot be named, was also arrested over the incident and has appeared before the Children’s Court.

On Tuesday (6 April), Wilson pleaded guilty to aggravated robbery when he appeared in the ACT Magistrates Court, admitting he took $100 from his victim under threat of force while in company of another person.

However, he maintained his not guilty plea to a count of blackmail.

Magistrate James Stewart committed Wilson to the Supreme Court for trial on the blackmail charge and for sentencing on the robbery charge, with his bail to continue. 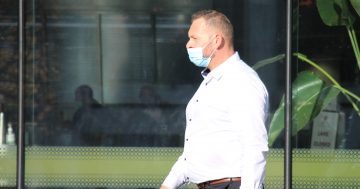 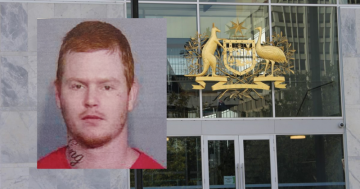