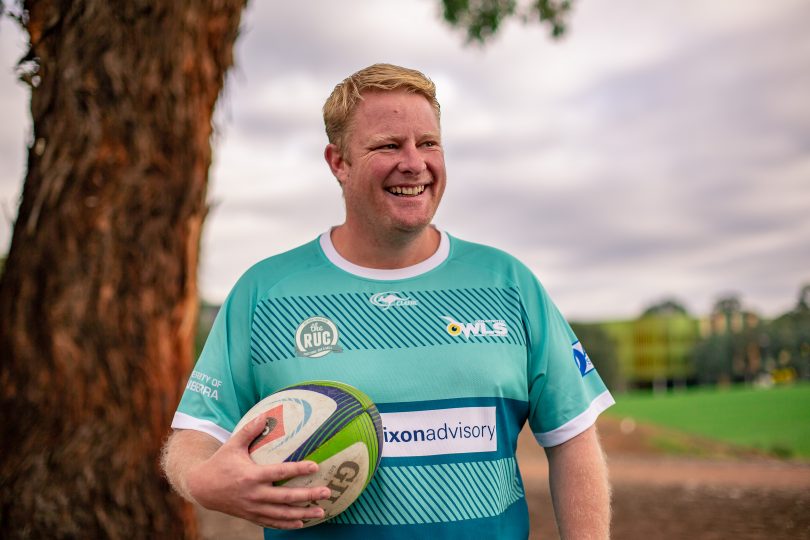 Dave Oliver is now in his second coaching job since coming out as gay. Photos: George Tsotsos.

Growing up playing rugby union, Uni-Norths third-grade coach Dave Oliver was accustomed to homophobic slurs being thrown around during training and at game day.

Phrases such as “he hits like a faggot”, “those guys are a pack of pooftas” and “we are playing those fags this weekend” were just part of rugby’s vocabulary.

It wasn’t until his late teens that he realised how damaging those words really were.

“I knew that I was sexually attracted to men when I was 15, that is when it became a real problem for me,” Oliver shared. “That is when the cycle of shame, poor mental health and an internal conversation worrying about how this was going to play out started.”

Hailing from Cowra, Oliver’s first experience with rugby union was at Cranbrook boarding school before he went onto play for Eastern Suburbs club, rising through Colts to grade.

“Rugby becomes an identity and that identity does not mix well with being gay,” he shared. “The homophobic slurs and the negative connotation with being gay was always around. I admit that I even used the slurs.

“I became a conversation chameleon and I became very good about redirecting conversations about sex when I was around the team.” 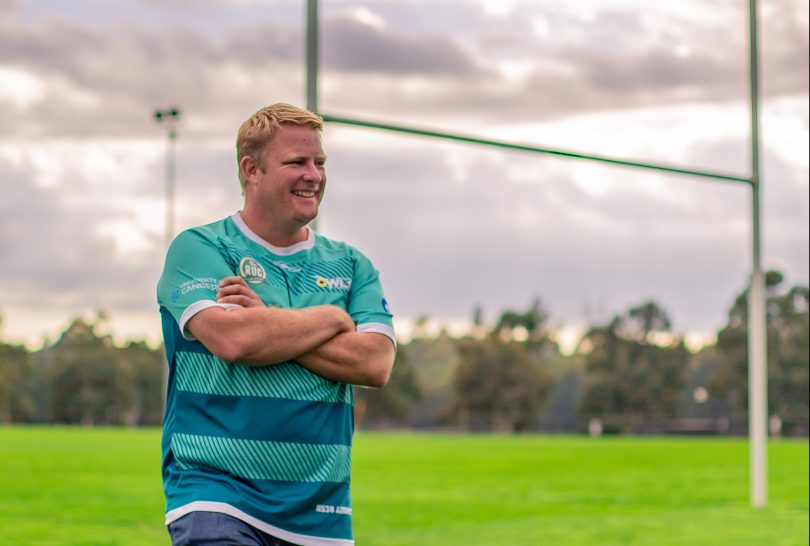 A long-held secret about his sexuality was taking a toll on Oliver’s life.

So began an 18-year long secret, with Oliver not telling his family, his closest mates and definitely no one at the club about his sexuality. He admits the reasons he remained tight-lipped was owing to the rugby union culture and because he “did not want to own it”.

But the secrecy was gradually taking a toll on him and his life spiralled out of control during his late 20s, with Oliver turning to binge drinking and meth as rumours swirled and questions began to be asked about his preferred sexual orientation.

“Most of the times that I ever felt good about my existence was when I was intoxicated,” he said. “That cycle led to an exposure to meth due to some really poor choices and lowering of boundaries.

“I tried it and it took its grip for 18 months. I have now been through acute care, rehab, three years in recovery and I am going strong now.”

Now living in his adopted home Canberra, Oliver has taken up a position as a coach at Uni-Norths Owls and is constantly on the lookout to help teenagers playing rugby, who don’t know where to turn.

“I think back to that 15-year-old me, and I don’t want that to happen to any other kid in any sport,” he shared. “I want them to feel comfortable with their sexuality. It is not about jumping up on a chair and announcing they are same-sex attracted.

“When kids hear what Israel Folau has said, they literally believe they are not worthy of an existence.

“I want them to know they are safe, they are not less than everybody else, they are not disordered, their existence is valuable and they will live a long and happy life.”

Desmond Woods - 7 hours ago
I am the Navy’s Bereaved family’s liaison officer. I should be pleased to be in touch with Sheryl so I can offer to get p... View
Joey Heeps - 9 hours ago
R.I.P mate View
Jennifer Elsey - 11 hours ago
Such sad news❤ View
Opinion 116