The Art of Holding Focus Mitts 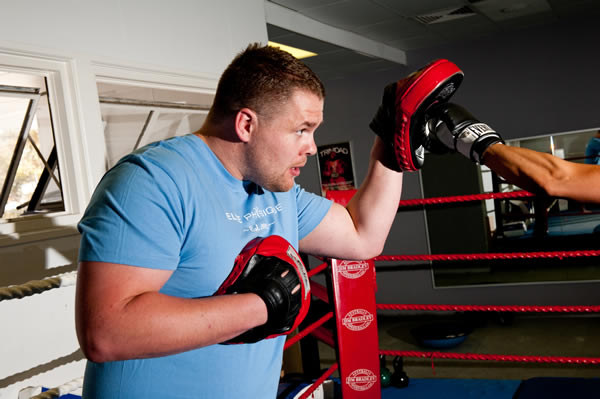 Whether it be for boot camp, boxercise or actual boxing, the amount of times I have seen people with extremely poor form is all too common. Poor form on the mitts can also lead to poor form with punches, which leads to poor technique and finally leads to injury.

The basic principle of holding the mitts are to catch the punch and make the punch as realistic in its dimensions as possible to a %100 technique perfect punch.

The two biggest mistakes I see, and have experienced myself is people holding the mitts too far back and too wide from the puncher.

For a straight punch the mitt holder should have the mitts at about their shoulder height and about 10-15cms directly in front of their shoulders.

For a hook or uppercut the holder should be catching the punch and holding the mitt in the dead centre of their body still 10-15cms in front of their shoulders, not too wide forcing the puncher to over commit and lose balance during the shot which is a cardinal sin in boxing. 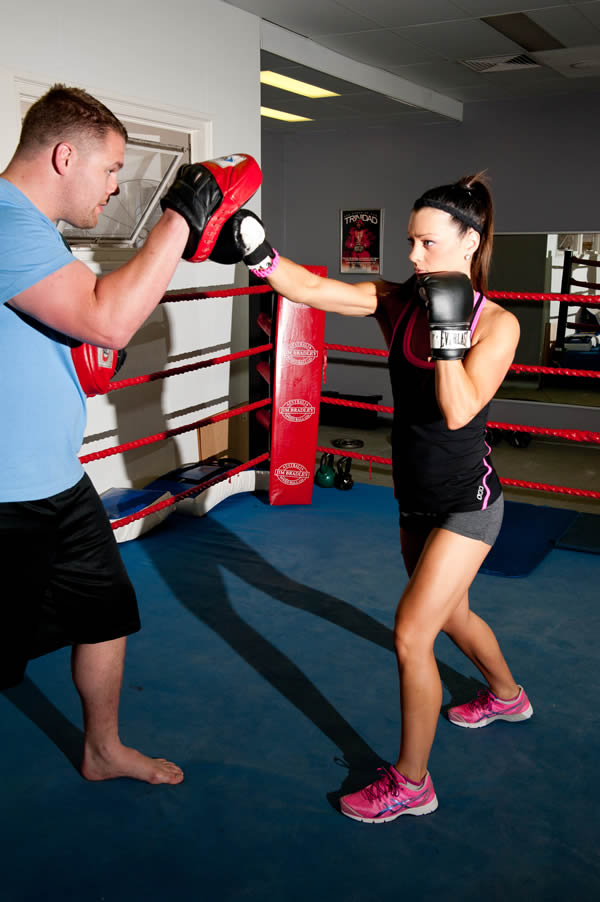 If you are only making the puncher throw one shot at a time, only have one mitt up. Simplify things.

Another error I have been the victim of is people ‘catching’ the punch with way too much force. It’s obviously a fine line, especially with big punchers but there is always just the right amount of force to be used, where the mitt holder isn’t getting his or hers shoulder popped out and the puncher isn’t nursing a sprained wrist or damaged knuckles and both parties are happy. Next week we will focus on correct punching technique to go with this article.

Ben has lived in Canberra since 1988. He fights out of Bulldog Gym, Elite Physique. Ben started training in 2003 with his first trainer the late John Verran and is currently trained by Jamie McCuaig and Stuart McKinnon. Ben has had 49 Kickboxing fights for an 39 wins with an astonishing %88 KO ratio. Ben is also a professional boxer and MMA fighter with an undefeated record of 6 fights for 5 wins and 1 draw. The draw was for the Australian Heavyweight Boxing Title. He was also a Canberra Raiders junior representative and played first grade for the Queanbeyan Blues at the age of 17. Ben is our newest RiotACT contributor and will sharing weekly tips and thoughts on fitness.

Thanks for the mitt tips, Ben.

Sean Bishop - 11 minutes ago
Daniel nailed it View
Stefan Stirzaker - 2 hours ago
Good to see the white-anting after the fact in a bid to reduce the amazingly good job done by the upper leadership and member... View
HiddenDragon - 3 hours ago
The politics and the personalities are ultimately secondary issues - with increasingly nasty summers on the way, we need to d... View
Property 14

Tiffany Roy - 2 hours ago
Canberra hospital's mental health ward is awful. View
Gary Hatcliffe - 3 hours ago
Wow! 8 beds. Aren't we lucky.... View
Jarrod Male - 3 hours ago
Bianca Rossetti ....let's hope. My understanding was that it has been on the table for over 10 years now. The legislation aro... View
Business 3