The Battle for Mt Ainslie – Take 2 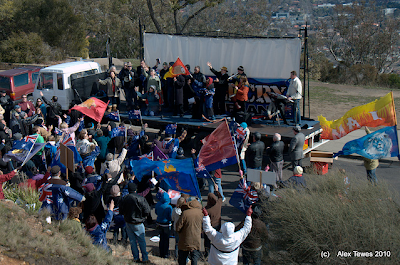 Well, the batshit-crazy christians won this round by bringing in overwhelming numbers. 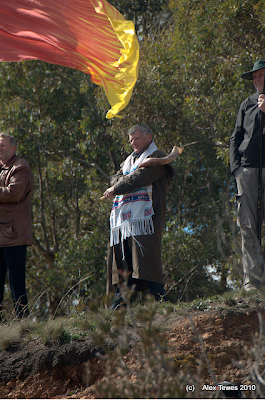 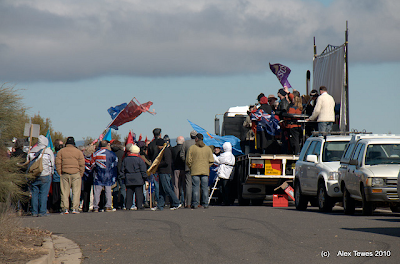 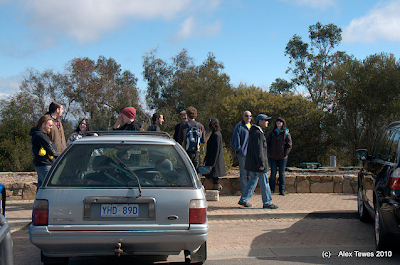 Its okay, they intend to make it a strange highlight of Canberra’s social calendar.
They hope to come back every year.

Damn, I spend one weekend out of Canberra and I miss out of fundies bringing down satanic bridges.

Catch The Fire have posted their own version of events
Strangely they intend to “storm heaven” in time for the Federal election, which might not be the wisest choice of words.

…were exhibiting the behaviours through no fault of their own?

The only difference is the mob on Mt Ainslie, should, by current scientific thinking, be capable of knowing better.

There’s a pretty big difference between being afflicted with a mental illness and choosing to be stupid and ignorant…although true, it does result in similar behaviour

Dammit, I had every intenton of going and I slept through it. Danny must have cast a spell. Oh well, there will be other protests…….

Only two posts. Seems like the readership here is smarter than we have thus far given credit for. After all if you saw a bunch of obviouly unwell patients standing outside a certain ward at the hospital, making no sense and calling on unseen powers to smite those who refused to join their special ward, would you bother to comment, knowing that they were exhibiting the behaviours through no fault of their own?

The only difference is the mob on Mt Ainslie, should, by current scientific thinking, be capable of knowing better.

Some people have too much time on their hands..

HiddenDragon - 7 hours ago
An overly literal (or, perhaps selectively so) approach to the application of the criteria for different speed zones might ha... View
David Brown - 8 hours ago
Clinton Berry I don’t know of any accidents in the last decade. View
David Brown - 9 hours ago
Toni Isaacson It simply adds more proof to the fact that road fines are simply an easy tax. Highway Patrolmen are tax collect... View
Lifestyle 1

Kathy Schneider - 7 hours ago
One of the highlights of the year! View
Sport 8

Phil Small - 7 hours ago
One of the best and nicest guys ever.....cheering you on GT. View
Cheryl Thuillier - 9 hours ago
Give me a message. I can help. Eat cucumber skin every day. Message me. I can tell you a story that save a friend's life. View
Marcia Bowden - 10 hours ago
Glen, sending positive thoughts x... View
Community 19

Robert Hawes - 10 hours ago
Robert Knight Agreed. It would be hard to make a good bus route though the suburb as it is isolated. Would be better if they... View
Robert Knight - 14 hours ago
You cannot plonk in a greenfield suburb, built all at once, with no dedicated public transport corridors, an inbuilt car depe... View
News 16

Jenny McInnes - 11 hours ago
Angelo Turcin Dr Encrico Taglietti designed the cinema and he won the Australian Arctetects Gold medal in 2007. Clearly you a... View
Trish Roberts - 11 hours ago
Thanks, Andrew! You would certainly know. View
Andrew Pike - 12 hours ago
ANDREI RUBLEV looked great on the giant screen but wasn't the last film. The very last film shown was a reprise of the very f... View
Lifestyle 1

Lynn Stape - 11 hours ago
so great. I was not aware they had a shop. Some really nice things for sale. I love the postcard for Gungahlin with the light... View
Community 41

John Hamilton - 12 hours ago
They have been paid for by rates and other taxes. So they have paid. View
Lynn Stape - 16 hours ago
John Hamilton sigh if you say so..look mate if you want the precious cyclists to be hated more then by all means make all the... View
What's On 7

@The_RiotACT @The_RiotACT
In this week’s newsletter we’re talking COVID, car crashes, Canberra’s newest suburb + one of the finest properties you ever will see https://t.co/utq8zjI7Mq (5 hours ago)

@The_RiotACT @The_RiotACT
In a year of endless disasters, cartoonists say 2020 has been a Dog's Breakfast. MoAD's Behind the Lines exhibition makes sense of it all https://t.co/Fb1EbHEs4B (7 hours ago)

@The_RiotACT @The_RiotACT
ANU researchers have returned from a four-week mission to Macquarie Island to learn more about Earth’s most violent underwater earthquakes https://t.co/zaEAeAj9kH (9 hours ago)