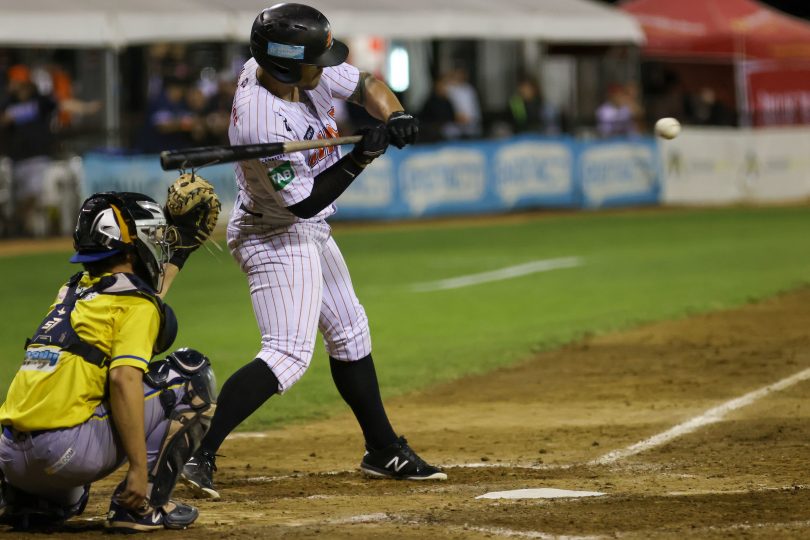 A Cavalry batter eyes the ball during a game at Narrabundah Ballpark. Photo: Peter Norton.

Determined to better the results of the previous four Australian Baseball League seasons, the Canberra Cavalry has assembled a world-class roster for the 2022/23 season.

This year, Keith Ward is the manager and Robbie Perkins is the captain.

Cavalry general manager Sunny Singh says there is genuine optimism ahead of the season opener against the Sydney Blue Sox on 10 November at the MIT Ball Park Narrabundah.

“We’ve spent a considerable amount of time in the off-season looking at our roster,” says Sunny.

“We’ve come close over the past few seasons, and the improvements we’ve made should help us through that final hurdle. The recruitment committee this season has worked well together, and we’ve challenged each other, ensuring the best possible outcome.”

Two players from the US Major League affiliates have been recruited, along with two from the Japanese team, the Yokohama Bay Stars, and five or six independent players from around the world.

“There are also a number of players who have come through Canberra development programs,” says Sunny.

“We’re looking forward to seeing some young blood in the squad with the return of guys like Sam Kimmorley and Cam Tilly, who have returned after spending time in the United States system.” 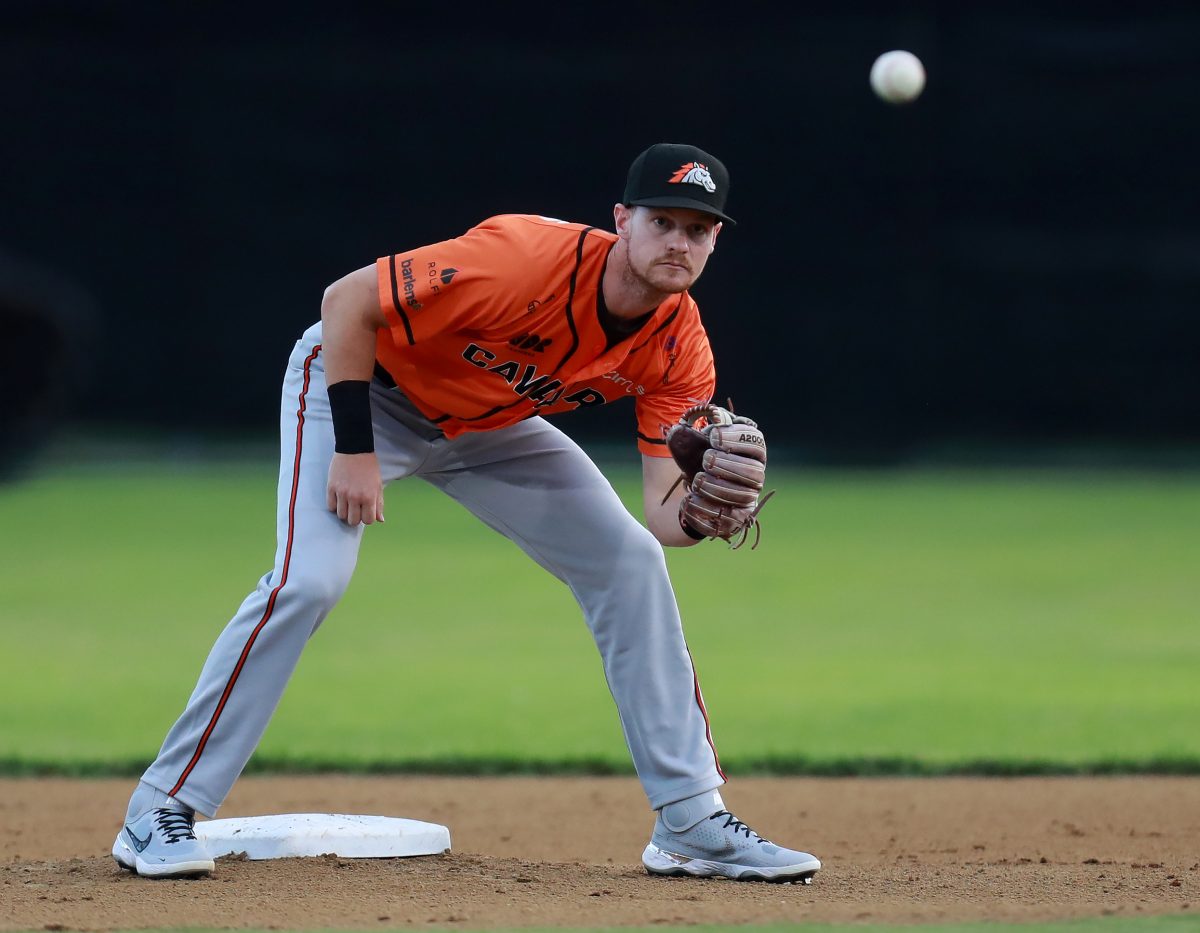 “Cam is an unsung hero. He lets his game do the talking. He’s very consistent and versatile.”

Above all, the group has demonstrated a certain amount of resilience given the disruptions starting with the 2019 bushfires followed by COVID. 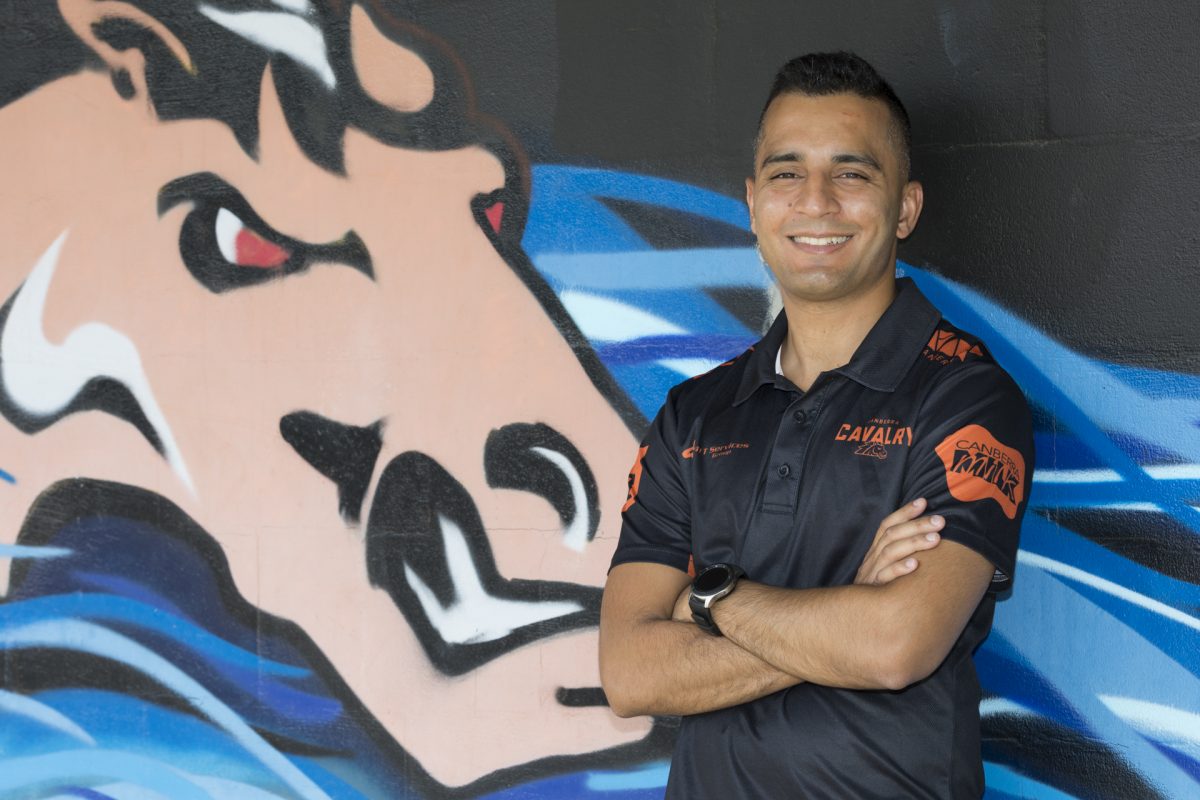 “I don’t think issues impact us as much as they might have in the past. If something arises, we have to adapt. We need to be flexible to survive,” Sunny says.

The Cavalry incorporates community partnerships with supportive businesses to assist the club’s development. One such partnership is with Region, a company with similar community values.

“We’re really proud to be partnering up with a prominent media giant in Region. Riotact, in particular, has gone from strength to strength over the years and has become an iconic Canberra media outlet. And their ongoing support of all things Canberra is something we’re thrilled to be associated with,” says Sunny.

“The level of exposure they provide for all sports, big and small, helps the Cavalry maintain strong community engagement and an elite sporting profile here in Canberra and surrounding regions.”

Region commercial director Adam Gill says, “Region is proud to be able to support the Canberra Cavalry this season.

“As one of Canberra’s premier sporting teams, they are an integral part of our community.

“Our first priority is always our community. It is important for us to step up and support our local community organisations, particularly following the disruption of the pandemic.

“The Cavs are a good operation who have done it tough for the past couple of years. It will be great to see them return to the ballpark.”

The building blocks are in place, ready for a great 2022/23 Australian Baseball League season.

Watch the first pitch of the Cav’s 2022/23 season on 10 November at 6:30 pm when the Cavs take on the Sydney Blue Sox. Memberships and tickets are available, visit Canberra Cavalry. 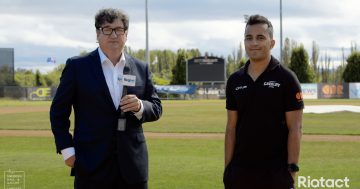