For the beginning of the season, the Canberra Brave’s ice hockey team has some options to consider. Photo: AYHL.

As COVID-19 restrictions ease, sport will slowly resume across the territory, but many sporting clubs face an uncertain future.

The Brumbies Women’s Super W side was on the verge of playing Queensland in the semi-finals before the coronavirus pandemic cut their season short. Instead of playing in the semis, the season was cancelled and the undefeated NSW Waratahs were awarded the title for 2020.

At least the Brumbies women’s side got the chance to play.

The Canberra Chill men’s and women’s hockey teams had their competitions cancelled before they had even started. 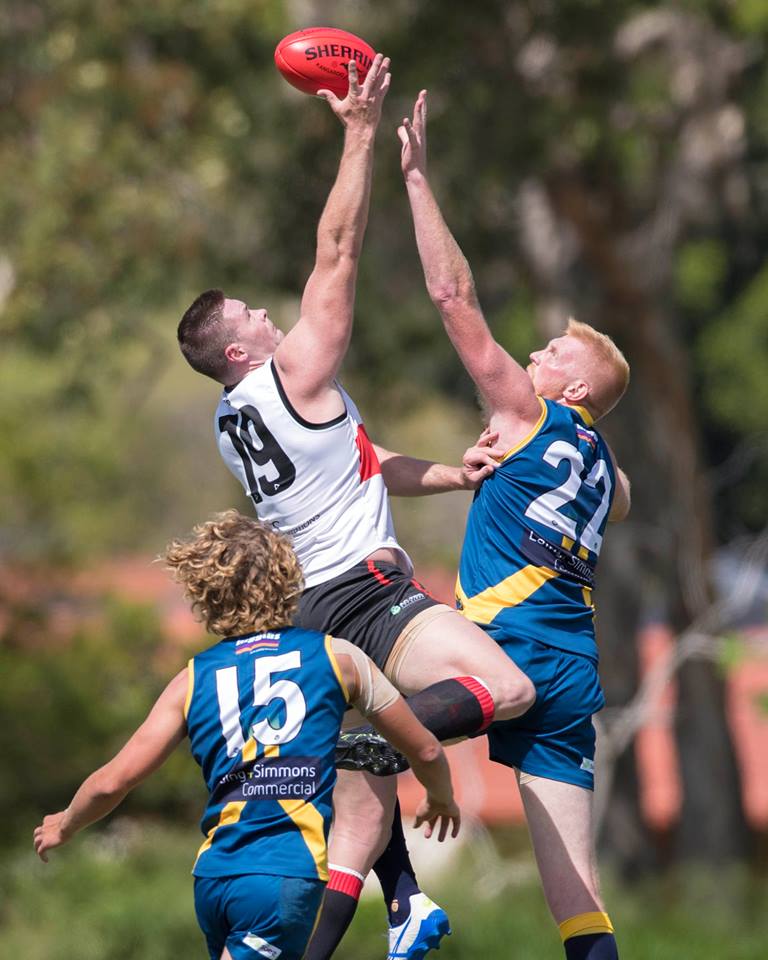 The future of the Canberra Demons is in doubt. Photo: NEAFL.

Canberra’s team in the North East Australian Football League (NEAFL) faces an uncertain future. There’s a push to move the four AFL-affiliated reserves team out of the competition next year. That would see the reserves teams from the Swans, GWS, the Brisbane Lions and the Gold Coast leave the NEAFL to join a proposed East Coast VFL. This would leave just six teams, including the Canberra Demons in the NEAFL, making the competition much less viable.

Financially backed by the Eastlake Club, the Demons’ participation has given a number of Canberra and country players an opportunity to play at a level just below AFL. But there is growing uncertainty about this year’s competition taking place due to COVID-19.

There’s uncertainty, to say the least, about the Illawarra Hawks NBL side, which had an alignment with the ACT in the absence of an NBL side in Canberra. The side has been placed into voluntary administration, although the NBL has indicated a desire to keep the team afloat and playing in the league.

The Australian Ice Hockey League (AIHL) 2020 season remains undecided, but there are options for the Canberra Brave’s ice hockey team, including a different format to the season and moving it so that it possibly finishes in October.

Sunny Singh is the general manager of the Canberra Brave ice hockey team and Canberra’s team in the Australian Baseball League, the Cavalry.

“The AIHL is forming a ‘Return to Play’ committee that will be looking at getting the teams back on the ice in some format, but not before every aspect is looked at, including safety and financial viability. It’s certainly a step in the right direction though, and we’re just as keen to get the boys back into action as the fans are,” Sunny said. 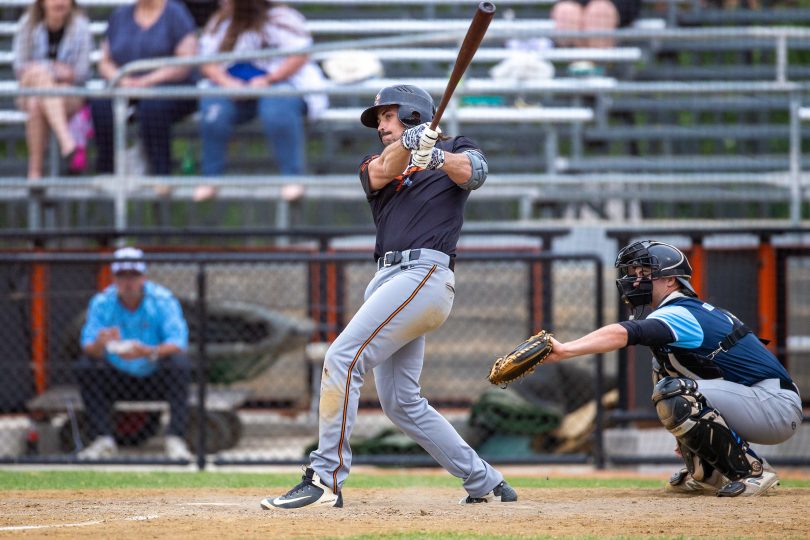 Canberra Cavalry is likely to have restricted crowd numbers and will also be impacted by the international travel restrictions reducing the likelihood of players from affiliated overseas clubs coming to Australia due to COVID-19. Photo: Peter Norton.

In terms of the 2020/2021 Australian Baseball League, there could be restrictions imposed on crowd numbers. International travel restrictions will also affect players from affiliated overseas clubs coming to Australia.

Sunny Singh sees some positive possibilities associated with these restrictions.

“If we’re not able to bring out affiliate players, it gives the domestic guys a real chance to shine. We’ve got some great talent here in Canberra, but there are plenty around Australia that’ll become hot property and will have a chance to show whether they can cut it at a high tier level.”

The Canberra Vikings made the final of the National Rugby Championship last season but the competition won’t be taking place this year because of COVID-19. Given Rugby Australia’s financial position, there are concerns the NRC might not be reignited in the near future.

Meanwhile, Canberra United is still waiting for a decision by Football Federation Australia on the draw for the W League.

As well as the semi-professional sporting teams, there is plenty going on behind the scenes to get community sport back up and running in Canberra with an expectation that it will resume in July.

But as 2020 has shown, nothing can be taken for granted.

Sean Kinmonth - 30 minutes ago
I thought the ACT had the second cheapest supply due to 100% renewables. Only Tassie had cheaper due to hydro. From what I re... View
Sean Kinmonth - 41 minutes ago
There is a risk with every power source. The link is particularly biased and tells half truths and should be discounted as be... View
dulynoted - 4 hours ago
the electricity market in australia seems rigged, we pay way more for electricity than other countries with similar generatio... View
Sport 4