The Creatives Part 3: The Comedians 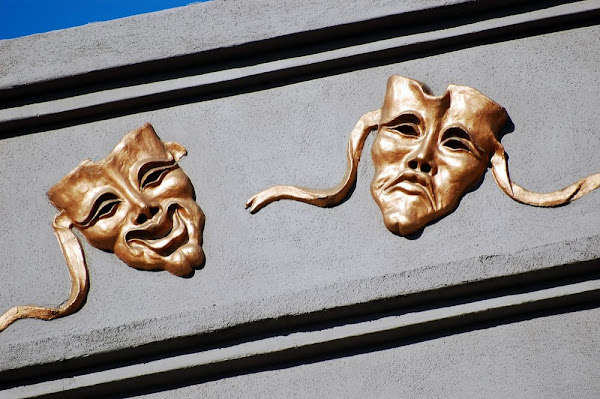 This week’s shout out goes to the funny men and women of Canberra.

Stand-up comedy must be one of the hardest gigs in the world – it’s just so easy to fail! A comedian asks more from their audience than any other performer. They ask the audience to laugh every few seconds, and if the audience doesn’t, well, let’s just say it’s a very painful experience watching a comedian die on stage.

Also out there putting on shows is the Tuggeranong Arts Centre, doing monthly shows on Tuesday nights.

There are several options for people starting out to get some stage time. You can do a comedy course with Jay Sullivan at the Tuggers Art Centre, or you can head to The Front (Lyneham) or The Pot Belly (Belconnen) and jump in on a comedy open mic night.

To see a preview of this year’s festival show (FB event here), head to the Irish Club in Weston on Thursday Feb 16. It’s recommended that you book tickets.

One Response to The Creatives Part 3: The Comedians
Filter
Showing only Website comments

Capital Retro - 3 hours ago
A decision made by people who have never used Centrelink's services and who will never have to. View
JS9 - 3 hours ago
To be fair, the ones primarily promoting densification int his case (ACT Gov) have zero to do with the decision to move Centr... View
Lifestyle 33

jorie1 - 6 hours ago
Are you sure that it is current renters buying properties? The research I have read shows that many people who rent will do s... View
jorie1 - 6 hours ago
Hi Assiduous, I do agree that $500 per week is a lot of money - but the majority of that money goes to the ACT government in... View
assiduous - 7 hours ago
$500 per week is not low - it is enough to build a modest detached family home every 10 years. It is a reflection of Australi... View
show more show less
*Results are based on activity within last 7 days