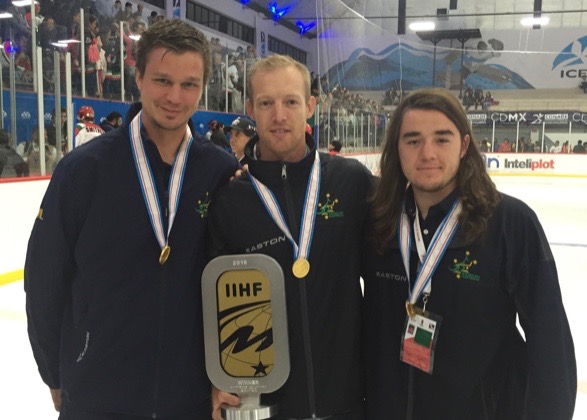 Robbie McMullen was the life of the party. He was the person everybody gravitated towards, which is why his death by suicide in July 2015 rocked his loved ones to the core.

Robbie left behind a loving family with three young children. 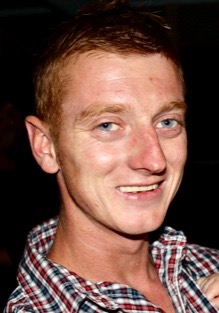 Robbie and Mark, along with their families and the broader ice hockey community have demonstrated their commitment to change through their active support of RUOK, thanks to the Chamberlain Foundation.

Mark says not a day goes by where he doesn’t think about Robbie and what he could have done to help him,

“I felt I wasn’t there to help him. It plays on my mind. He was a fun guy to be around; he was the life of the party.

“Everyone has their ups and downs, and Robbie had some issues, but he didn’t want to talk about it. He decided to deal with it himself.”

It’s obvious that Robbie’s death has scarred Mark. “Everyone was shocked,” he says. “It took us all by surprise. But what stung most is that he never spoke to anyone about his problems.

“I would have told him that he was loved.”

In the wake of Robbie’s death, the Canberra Brave team have become vocal advocates for the suicide prevention charity, RUOK, which encourages a conversation with anyone who may be struggling with life.

A sporting team is the perfect environment within which open conversation can be actively encouraged and promoted, given the range of personalities working together for a common cause.

Mark says the team environment has helped him come through some tough times himself, especially when he missed the Australian Ice Hockey League finals in 2017 with the Brave after suffering a broken arm in the run home.

“I’ve been down myself, and I know that it’s best to talk to someone,” he recalled. “When I broke my arm, it wasn’t the injury itself and my inability to play that really brought me down but it was the separation and solitude that goes along with it. The injury took me away from the team and I felt separated from others. But knowing I’ve got good friends that are not just a bunch of guys I play hockey with, has been great.

“People go through changes like this all the time but knowing you have people around you is very important.”

If nothing else, the personal connection to the tragedy of Robbie’s death and the growing awareness of mental health has been at the forefront of the Canberra Brave’s active involvement in RUOK and Menslink. “It’s come to the fore. Everybody is looking out for each other in the team.

“One of the best parts of the Brave is the way they support charities within our community and this has really encouraged us even further,“ says Mark.

The Braves’ support of RUOK has been well and truly matched by the Chamberlain Foundation, which has donated around $50,000 to the charity since 2015.

Mark encapsulates it best: “It’s good speaking to other people about issues, rather than just talking to yourself. Speak to someone.”

Ota Save - 6 hours ago
Sue Sutton No worries Sue. Happy to help ❤️ View
Sue Sutton - 6 hours ago
My Mum has wonderful neighbours who have been helping keep her lawn in check. Thank you Ota and family xx... View
Bill Gemmell - 7 hours ago
Barbara Eglitis I was wondering how long it would take. Seriously, I had the Fowles St Park project in Weston in mind. Sugges... View
News 34

kenbehrens - 7 hours ago
A few years ago when we were visiting our son in Sydney, there were blankets and items of clothing under shelter on the stree... View
jwinston - 7 hours ago
harcm said “tim_c – what a load of rubbish you talk. What if your schooling was completely disrupted by domestic violence... View
Acton - 7 hours ago
The money you are giving out of misplaced guilt to a street beggar is just funding their drug, smokes and/or booze addiction.... View
News 1