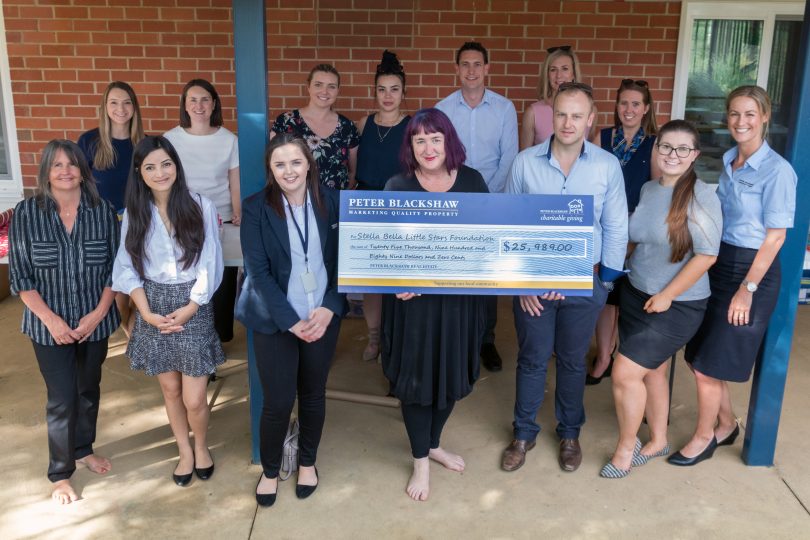 Suzanne Tunks launched her Stella Bella charity in 2012 after learning first-hand about the struggles faced by families with seriously ill children and children in palliative care.

Suzanne’s daughter, Stella, changed the focus of the family through the little time that they shared. Stella’s short life alternated between hospital and palliative care at home.

Suzanne says she was keen to use that experience and knowledge to help other families going through a similar experience to theirs. She wanted to offer specific support for each and every family in Canberra with children living with serious and long-term illnesses.

This support ranges from financial support for petrol, food or accommodation to emergency helicopter flights to Sydney. It’s a vital service given the financial and emotional strains placed on families with seriously ill children.

Tim Gavel is LIVE from the Stella Bella Children's Centre in Fyshwick learning about its important role in providing care for seriously ill babies and children. He is talking to Suzanne Tunks, CEO and Founder of the Stella Bella Little Stars Foundation and Narelle Casey, Franchise Operations Manager from Peter Blackshaw Real Estate.

Peter Blackshaw Real Estate offers more than financial support, with team members also involved in wrapping and delivering Christmas presents to the seriously ill kids and their families. It’s an indication of how much the relationship between the two organisations has blossomed.

Just as important has been the mentoring of the Stella Bella staff by Peter Blackshaw Real Estate principals and team members. According to Suzanne, it has been integral to the growth of the charity. It has given her confidence to know that she has the support of an organisation, that is so deeply involved in what Stella Bella achieves.