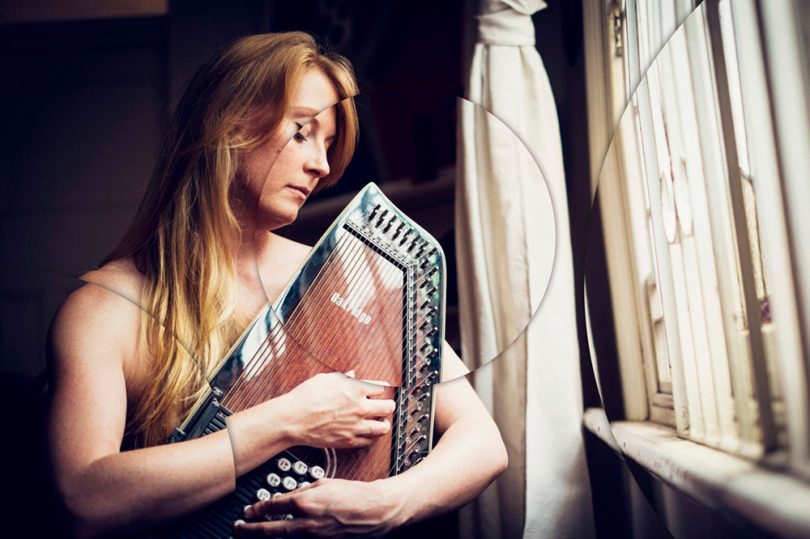 Welcome all to The RiotACT Gig Guide for the 19th to the 25th of July!

Julia Johnson (pictured) – formerly of the Deep Sea Sirens – will be releasing her new single ‘Melissa’ (the 2XX Track of the Week last week) at Smith’s Alternative this Saturday with Bonniesongs and Evan Buckley. Legendary Australian punk band X will be celebrating 40 years since their humble beginnings at Transit Bar, as part of their X-Citations tour. They are not the only classic Australian bands to be visiting, with the Hoodoo Gurus and You Am I both playing their long-awaited show at the Canberra Theatre on Friday from 8 pm. Have a look out as well for the Midwinter Folk Festival this Sunday at the Old Canberra Inn, featuring some incredible folk acts including Guyy & The Fox and Betty Slim, as well as some performance poets thrown in the mix. There is a lot going on at the Basement this weekend too, with The Wumpaz, A Breach of Silence, ’68 and something called the Folk Metal Night on Saturday, which sounds like the sort of genre combination Canberra’s been waiting for!

There’s plenty on, so put on a coat or two and check out some of these cracking gigs this weekend!

Ashley Wright - 8 minutes ago
Daniel Howell if you look at the article there is a map. That might answer your question. View
Jessica Musulin - 9 minutes ago
excellent, can finally make ANU WUDC 2023 happen 🤫 View
Amanda Evans - 24 minutes ago
Craig Elliott I agree. Its bloody ugly and looks like a prison. Where are the gardens? the trees? the amenity? View
News 126

Daljot Singh - 10 minutes ago
It's good to see people care about us but in all honesty no one discriminating this ruling wears a turban. So you really don'... View
Paul Bonnar - 18 minutes ago
Daljot Singh, mate I’m not having a go at you or the Sikh way of life. I’m simply mentioning that the government are will... View
Daljot Singh - 19 minutes ago
Imants Ezergailis for a bicycle Yes. View
News 13

Lisa Logue - 13 minutes ago
I feel sorry for the staff expected to work outdoors in hazardous air quality. View
News 13

Dony Teller - 16 minutes ago
We just HAD a major fuel load reduction mate (facepalm)... View
Frank Trapani - 26 minutes ago
Steve Hambridge. Why Ask them when we have the environmentalists or the Green?? View
Steve Hambridge - 1 hour ago
Why do we need experts? We can get all of our science from Andrew Bolt and Alan Jones........ View
Opinion 37

Daniel Duncan - 29 minutes ago
Both sides do the same thing. The only way we can get rid of them is to vote them out. View
Frank Trapani - 58 minutes ago
Malcolmo Oz. No . What I am saying is; "she has not been charged with anything yet," and until is proven that she's done some... View
Malcolmo Oz - 60 minutes ago
Bethany - +1 on the federal ICAC. However, I wouldn't necessarily pin my hopes on a Labor govt delivering one. It seems that... View
News 10

It's been revealed that the large air tanker which went down Thursday afternoon with the loss of all those aboard...
News 39

@The_RiotACT @The_RiotACT
Get ready to eat & drink your way around the world at this year's National Multicultural Festival, which will be headlined by music icon Vanessa Amorosi & former MasterChef winner Adam Liaw https://t.co/h8PWkTS0Jd (42 minutes ago)