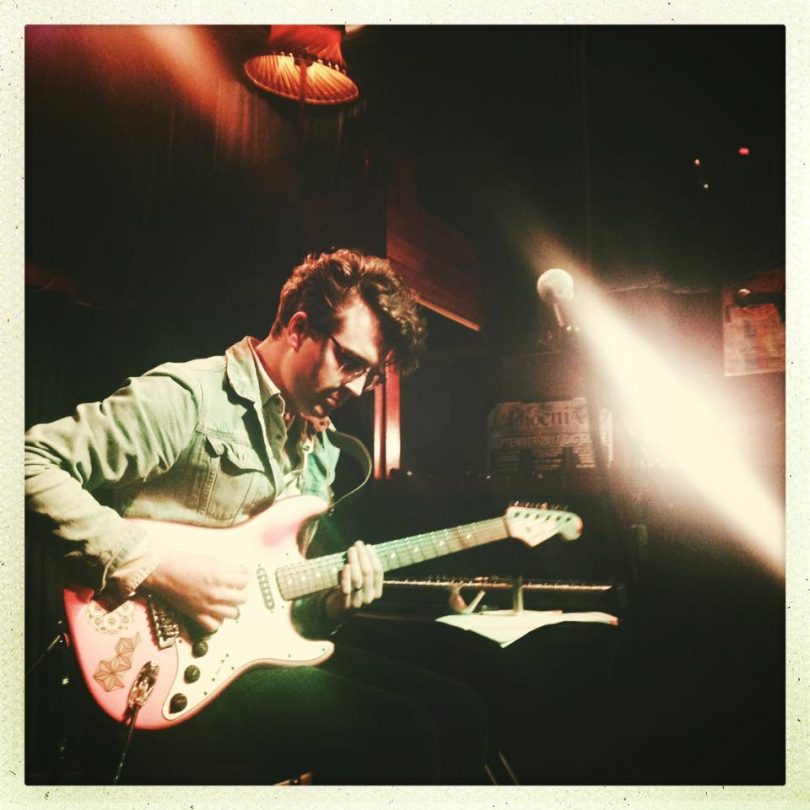 Kid of Harith is emceeing Smith’s Varietal #93 this Wednesday at Smith’s Alternative from 9.30 pm. Photo: DJ Loz, a.k.a. Laura Milkovits.

The RiotACT Gig Guide is here for the 20th to the 25th of September!

Today’s featured artist is Kid of Harith, who has returned to the local music scene after a brief hiatus. After having awed a stunned audience at the Phoenix at LocalnLive’s recent Bootlegs Sessions, Kid of Harith will be emceeing the 93rd Smith’s Varietal this Wednesday at Smith’s Alternative, featuring acts such as the Jazida’s Fabulous Dancers and the One Voice Ginninderry Choir. His new material is something special, so I’d advise you to check it out!

Legendary Australian muso Kim Salmon will be at Smith’s Alternative this Thursday from 9.30 pm, playing both a solo and band set. Also on at Smith’s on the night after, the unreal Weeping Willows will be back in town promoting their alt-country heartbreaker ‘Travellin’ Man’ (check it out here). Their latest LP, Before Darkness Comes A-Callin’, cannot be ignored.

The Last Exposure will be promoting their latest single, ‘The Boys’, alongside Moaning Lisa, Helena Pop and Dalmacia on Friday at the Phoenix, while on the same night there is a big show lined up at the Woden Youth Centre, with Ghostboy, Hopeless Youth Group and Partly Cloudy, among others, all ready to go. The next night will see Azim Zain & His Lovely Bones – whose latest single, ‘Dreams I Could Recall‘, has been on high rotation at LocalnLive – will be launching their long-awaited second EP, with help from other great acts like Sketch Method, Floral Sheets and Slagatha Christie. Looking like another big weekend in the nation’s capital!

Gill King - 21 minutes ago
Something doesn't have to be attractive to be important for heritage. I understand the cinema part of the building was ground... View
Shane Wiseman - 4 hours ago
Robert Knight jetsons had quirky style. This is up there with Campbell Park for fugliness... View
Phil Ebbott - 5 hours ago
Donna Hofmeier that particular style is better represented by, and protected in buildings like the old bus depot. View
News 10

ChrisinTurner - 6 hours ago
This is the private enterprise model driven by profit. Nationalise the clinic. View
News 73

Alan Wilson - 9 hours ago
Why introduce vaccinations for the over-50s at this stage when the over-70s - a higher priority group - are still struggling... View
Opinion 2

Milestone Entertainment - 10 hours ago
Well said! We have been fortunate in Canberra, however the current restrictions on entertainment venues are crippling to both... View
News 27

saphael7 - 11 hours ago
Does this mean that domestic violence is going to be brought to the park frequented by small children? View
show more show less
*Results are based on activity within last 7 days

@The_RiotACT @The_RiotACT
Adopted Canberran Jack Biilmann will be at the Street Theatre on Saturday, 8 May to tour his new album, Full Circle. Opening the show will be 17-year-old Tom Dunlop, with his first-ever live performance https://t.co/FMmwlEox3O (47 minutes ago)