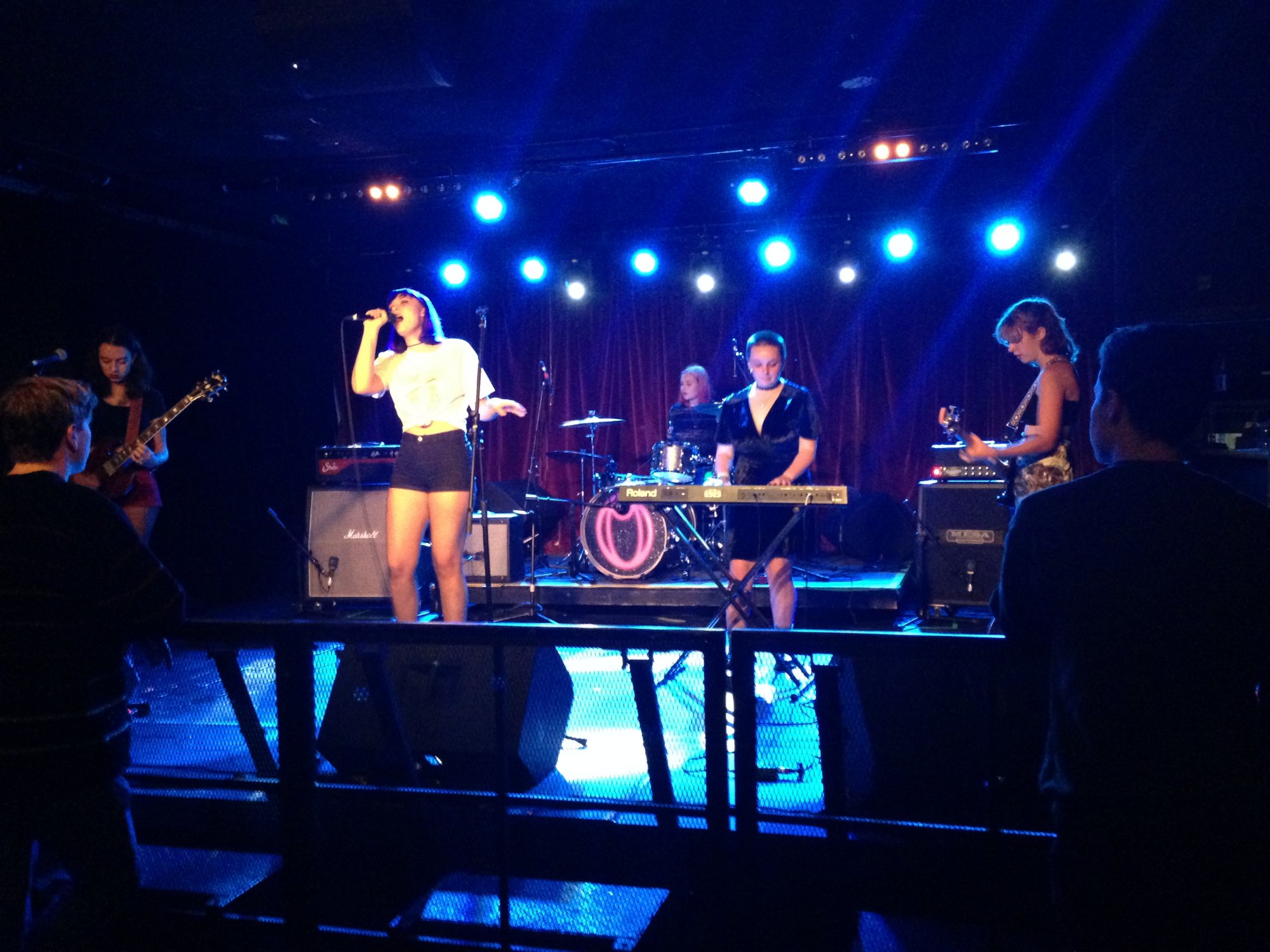 Welcome to the Gig Guide for the 21st to the 27th of June! There are a few big shows in here, including power-metal extraordinaire Dragonforce playing at The Basement on Thursday with Immorium, one of Canberra’s best death metal bands. On the same night Mere Women will be having an album launch at Transit Bar with one of my favourite local bands (Wives) and a band with one of the best names ever (Little Lunch).

It’s a big weekend for Teen Jesus and the Jean Teasers (pictured), which (if you haven’t heard of them by now) you can catch at two shows, on Thursday at Lobrow Gallery & Bar and on Saturday at Transit Bar. The latter show is part of She-Riff (which we have covered in a previous piece), which showcases women in Canberra’s music scene, and what better way to do so than with the Jean Teasers, Ayla and Okinawa Girls.

LocalNLive’s Tuesday host, DJ Loz, has highlighted for many weeks now another Saturday show at Lobrow, with Canberra legends Hoodlum Shouts returning to the nation’s capital with a wicked support line-up of Agency, Marlon Bando and Petre Out. I’ll be keen to see La Bastard play at the Polish Club this Friday with Hot Wings and Space Party – tune in on Thursday afternoon to LocalNLive as I talk to them about their new album!

Photo this week is of Teen Jesus and the Jean Teasers, playing on Thursday at Lobrow Gallery & Bar, and on Saturday at the Transit Bar. Photo taken by Nathan Gubler.

Lisa Logue - 3 minutes ago
I feel sorry for the staff expected to work outdoors in hazardous air quality. View
News 13

Dony Teller - 6 minutes ago
We just HAD a major fuel load reduction mate (facepalm)... View
Frank Trapani - 16 minutes ago
Steve Hambridge. Why Ask them when we have the environmentalists or the Green?? View
Steve Hambridge - 1 hour ago
Why do we need experts? We can get all of our science from Andrew Bolt and Alan Jones........ View
News 125

Amanda Evans - 14 minutes ago
Craig Elliott I agree. Its bloody ugly and looks like a prison. Where are the gardens? the trees? the amenity? View
Amanda Evans - 15 minutes ago
Meegan Ward with plenty if shade trees! View
Jordyn Gibson - 45 minutes ago
Jessica Musulin great news for next time ANU hosts a major 👀 View
Opinion 37

Daniel Duncan - 19 minutes ago
Both sides do the same thing. The only way we can get rid of them is to vote them out. View
Frank Trapani - 48 minutes ago
Malcolmo Oz. No . What I am saying is; "she has not been charged with anything yet," and until is proven that she's done some... View
Malcolmo Oz - 50 minutes ago
Bethany - +1 on the federal ICAC. However, I wouldn't necessarily pin my hopes on a Labor govt delivering one. It seems that... View
News 10

Updated, 6:00 pm, 27 January -- A Watch and Act level grass and bushfire is burning out of control in remote...

@The_RiotACT @The_RiotACT
Get ready to eat & drink your way around the world at this year's National Multicultural Festival, which will be headlined by music icon Vanessa Amorosi & former MasterChef winner Adam Liaw https://t.co/h8PWkTS0Jd (33 minutes ago)