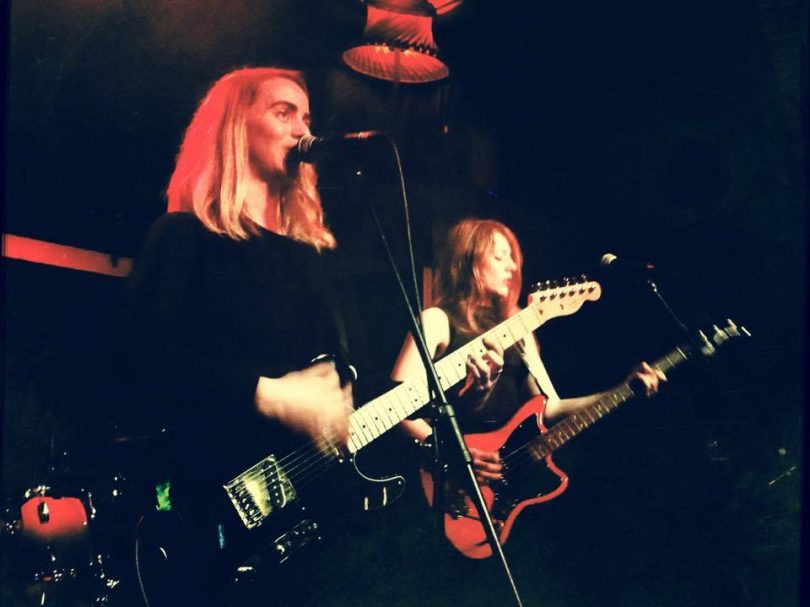 Photo of Moaning Lisa taken by Tuesday LocalNLive host, Laura Milkovits (a.k.a. DJ Loz). Moaning Lisa will be playing at Ainslie Arts Centre on Friday and the Phoenix on Saturday.

Good afternoon everyone, and welcome to the RiotACT Gig Guide for the 26th to the 31st of July! We’re into the deepest, darkest depths of winter and yet Canberra music thrives.

Pictured above is Moaning Lisa, a local act who will no doubt soon hold international acclaim, and they are playing twice this weekend. First, they will be at Canberra Obscura on Friday at Ainslie Arts Centre with a grab bag of other stunning acts including Sebastian Field and Coolio Desgracias. And on Saturday, they will be opening for Wet Lips as they launch their latest album at the Phoenix.

Speaking of album launches, Space Party will be launching their new CD ‘New Wave’ at Smith’s Alternative on Friday night, alongside The Missing Lincolns, one of my all-time favourite Canberra bands – get along to that just to see what Nick Delatovic has written on his chest this time! Other record releases this week include Bella Groove launching their new album ‘City Lights’ on Thursday and local favourites Hallucinatorium dropping a new EP at Transit Bar on Saturday. Also keep an eye out for ‘Live At The Polo’, which will be hosting a string of sensational acts including Slow Turismo, Waterford and Oranges as the Polish Club flaunts its new-look stage!