The Theatre Stream of the You Are Here festival

You Are Here: Theatre Stream

One of the integral limbs of the You Are Here program is the Theatre stream, which features an array of extraordinary performers from around the country (and beyond).

Ten short works by ten different artists and companies will be presented in back-to-back double-bills.

Alongside such lynch pins of the ACT scene as Hadley, Jay Sullivan and Freshly Ground Theatre, You Are Here is proud to feature touring works by performers such as Jess Bellamy (Syd) and the Landlords (Melb). Highlights from the theatre program include:

Baltimore writer/performer Ira Gamerman’s plays have been produced around the United States and Australia by companies including Washington DC’s Source Festival, the Chicago Dramatists and Fort Point Theatre Channel. He was awarded the Columbus Dispatch’s 2008 Best Play of the Year Award and the John F Kennedy Centre’s Legacy Award. Ira is bringing his solo show Dated (A Cautionary Tale for Facebook Users) directly from Chicago’s Sketchbook Festival to You Are Here – dig it. 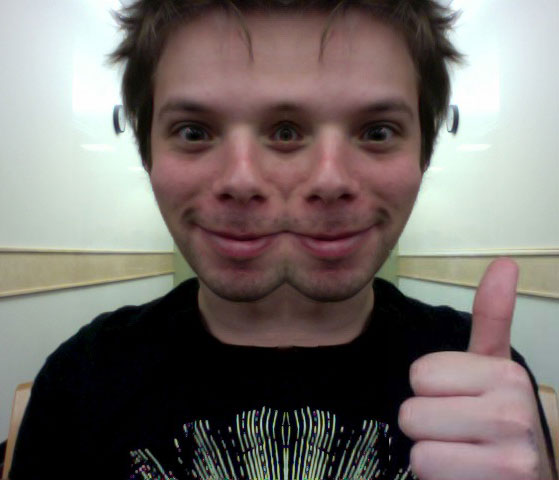 Glasgow-via-Sydney performer Phil Spencer’s autobiographical work Bluey re-imagines the absurd but true stories of his father: an RAF sergeant who served in Iraq in 2003. With the help of a three-foot chimp Spencer stages his father’s shocking and humorous tales from a summer spent in Basra. 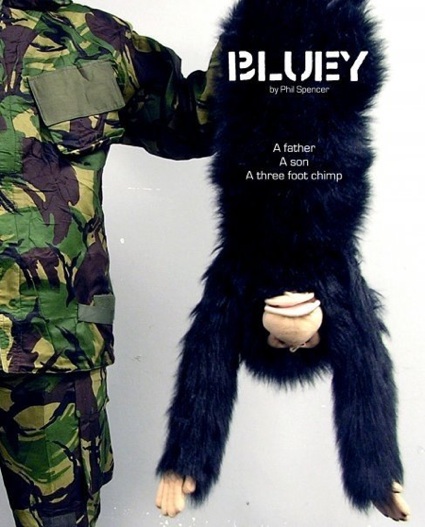 Boiling the enormous quagmire of climate change science, politics and psychology into 43 hot, wet and confused minutes, Melbourne performer Tom Doig’s Selling Ice to the Remains of the Eskimos is part theatre show, part brainstorm-in-a-teacup, and part intimate storytelling session, offering a number of incomplete answers to the same curly question: How can we imagine the unimaginable? 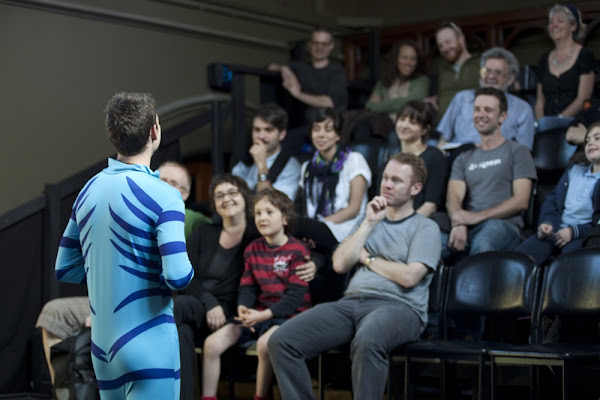 For the rest of the line-up, and full details of the program, head to the website http://youareherecanberra.com.au and get amongst it!

Robbie Ladbrook - 9 minutes ago
Well worth a drive up to Tumut, Barlow and Tumbarumba for the beer, vide and vineyards that make for a wonderful weekend beve... View
Lifestyle 86

Niketh Kuruvilla - 9 minutes ago
Mountain bikes far more dangerous as far as I can see View
Lanie Stephens - 28 minutes ago
A few broken wrists is all I’ve seen..... View
Robert Lang - 2 hours ago
Kirsty Noad I work in the trauma operating theatre of Canberra Hospital. I have not seen any scooter injuries. I see major tr... View
Food & Wine 46

Isabella Gillespie - 14 minutes ago
Shen Morincome Not sure Shen! What do you think? View
News 39

Martin Dunn - 41 minutes ago
The statistics in this article make no sense. Who are the 1279 people surveyed? This cannot be representative of all Canberra... View
Business 6

Ian E Wheeler - 2 hours ago
Thank you for your donation. It has helped me after I lost everything. Amount received *might* have paid for something like t... View
Trish Roberts - 2 hours ago
This is appalling. They aren’t trying to game the system. They are simply 2 people in a family relationship who need a home... View
David Brown - 2 hours ago
I guess they won’t be voting for the government next time around. View
News 4

Anthony Stewart - 2 hours ago
Really 104.7 is no surprise I turned off after a month of the ‘new’ breakfast DJ when they started View
Guy Noble - 3 hours ago
Tom Adam I dont think he and Bec have done anything to promote themselves lol View
Tom Adam - 3 hours ago
Happy to use this to negotiate a better radio advertising rate. View
News 4

Stas Idowu - 2 hours ago
EL2s beware View
ChrisinTurner - 2 hours ago
I hope the panel addresses the problem of attracting technical specialists like engineers and certain IT people. The current... View
Sport 1

Luke Costanzo - 2 hours ago
Michael Pearson zero facts or fact checking. All conjecture and clickbate. Try again View
Julie Macklin - 2 hours ago
I had my first Astra Zeneca vaccination last Thursday. Initially all I had was a slightly sore arm, which soon faded. However... View
Luke Costanzo - 3 hours ago
Jeannou Zoides check mine out with the nice NHS logo. I had it 3 weeks ago and I am still alive. Problem with the anti vax co... View
Food & Wine 41

Shake out the winter coats and scarves, a blast of Antarctic air will cross the ACT and southern NSW this...
Food & Wine 46

@The_RiotACT @The_RiotACT
Belinda Nunn has been lauded for her dedication to her seven children and the community, but now her family faces homelessness as they join the long queue for public housing https://t.co/sZq5Z0XRNE (1 hour ago)

@The_RiotACT @The_RiotACT
Quarterly data is showing the ACT as the shining star of the national recovery https://t.co/oL5UFOqkvw (3 hours ago)

@The_RiotACT @The_RiotACT
Wild fluctuations in the recently released Canberra radio ratings have been blamed on everything from the pandemic to this year's reality television villain. Here's what Canberra was listening to https://t.co/yGrB0v9EWD (4 hours ago)