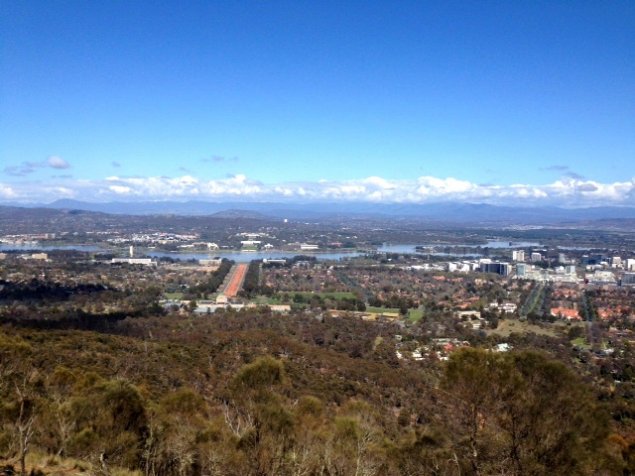 When was the last time you walked up Mt Ainslie? Even though it’s so close to the city and I see it every day on my way to and from work, it’s been a while.

When I first moved to Canberra and started working on improving my fitness, I was heading up Mt Ainslie most weekends and often weeknights during the summer months after work.

I’m not much of a gym goer for the cardio side of things so walking up Mt Ainslie and running around Lake Burley Griffin was a much more fun way to work on getting fit than running on a treadmill.

Eventually I moved my walks over to Mt Majura and then started branching out all across the ACT after growing bored of the Mt Ainslie walk and no longer feeling challenged.

But with a brilliant spring day dawning on Sunday and being stuck in Canberra on call for work, I thought I’d head up Mt Ainslie once again and reacquaint myself with the area.

It was a beautiful walk up with the bright yellow wattle contrasting against the majestic grey eucalyptus gums, and I saw a lot of beautiful crimson rosellas hanging around the wattle. I took my time heading up to admire the views and enjoy the sunshine. 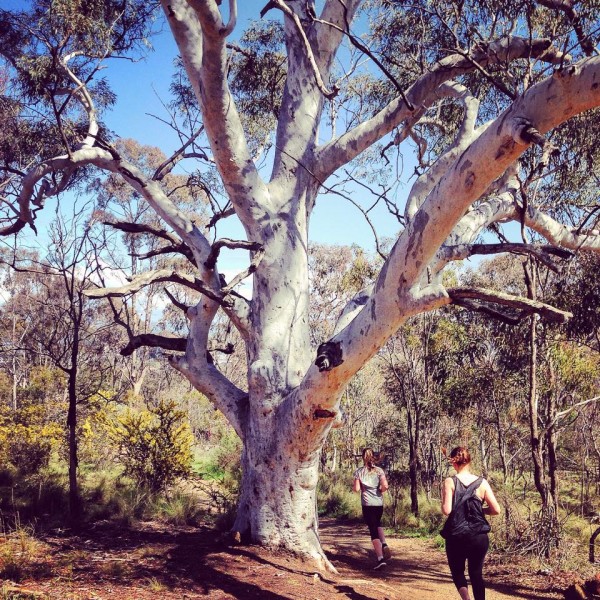 I’ve seen it many times before, but I still enjoy the view from up the top across the lake and over to Old Parliament House and the current Parliament House following the well-defined red line of Anzac Parade.

As usual, there were a lot of people walking up Mt Ainslie, both locals and tourists alike, and many people with dogs. 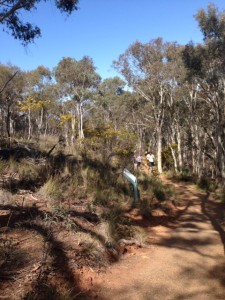 Mt Ainslie is my go to viewpoint to show Canberra to visitors. I think it’s the best viewpoint of the city to show the layout of Canberra. It’s easy to access by foot or car and I’ve never had any trouble getting a park. 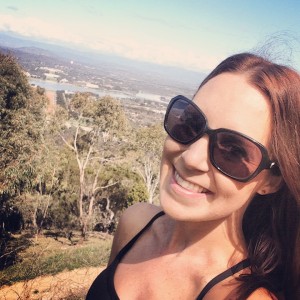 I realised while I was up the mountain that it’s also been a while since I made a visit to the Australian War Memorial, and also I haven’t visited the National Portrait Gallery since my first week in Canberra in 2013. I admit that I get complacent having these eminent national attractions in my backyard but should make more of an effort to revisit these sites over the coming months.

Now that spring is here (although I’m waiting for the onset of that week or two of cold again as usually happens in the first half of the season) I expect a lot of people will be out and about enjoying the many natural and cultural assets of Canberra.

I live near the foot of Mount Ainslie. Some days it’s almost a traffic jam on the path, especially in the narrower sections.

Very popular, and rightly so. The view opens out as one approaches the summit, there are birds and animals to see, and the changing seasons bring different flowers and blooms into view. Some flowers are tiny. Gang-gangs may be often heard on the lower path, and noisy miners near the picnic area have become very used to humans. In the early light, kangaroos can be seen, and I’ve sometimes come down in the twilight and been startled by them as they make their way off the mountain to graze on the War Memorial lawns.

The steepest parts are about a fifth of the way up, near the “Brigade Hill” plaque and the steps above the expose rock slope near the top are a final challenge. The bulk of the track is a pleasant stroll, really.

The various plaques and lookouts break up the trek, and photo opportunities abound.

Best feature? The water bubbler at the summit!

Yesterday after work for me. 🙂

I did the Mt Tennent walk probably about 12 months ago. Agree, it’s a great hike with spectacular views. Camel’s Hump is also a great one I’ve found which I write about in an upcoming article.

Have you done the Mt Tennent walk ? Highly recommended.

aussie2 - 7 hours ago
Firstly I would be challenging directing all southbound traffic to Woden interchange. We are spread out. Surely those outside... View
chewy14 - 9 hours ago
I actually like what they are proposing here and I think integrating the CIT into the new development space is a sensible mov... View
JC - 13 hours ago
So true. It’s far easier to whinge about anything and everything. Though think the core issue is many here just don’t lik... View
News 9

Capital Retro - 12 hours ago
You can't help bad luck OI L. View
Capital Retro - 14 hours ago
Home batteries generally are duds: https://www.solarquotes.com.au/blog/battery-test-centre-reports/?utm_campaign=sq_news_week... View
Ol L - 16 hours ago
Interest free but still a loan. And who would want a second hand EV given their finite batteries? And yes I do own one. View
News 2

franky22 - 13 hours ago
Well I for one will not miss them. I lived in Sprent St & found the peacocks annoying. They are an invasive species just like... View
ChrisinTurner - 15 hours ago
Residential streets should be 40 km/hr or even the European 30 km/hr, now that 40 km/hr is being applied to parts of Northbou... View
Opinion 8

chewy14 - 18 hours ago
Dolphin, The Greens will never be a realitisic alternative whilst they refuse to deal with reality when determining their pol... View
dolphin - 1 day ago
its not hard jwinston, just look at the libs and you understand why. they are just too socially conservative for most of us.... View
HiddenDragon - 1 day ago
"....The question now is making it work and be accessible to as many Canberrans as possible..." No, Zed, the question is and... View
News 31

Kristine Evans - 1 day ago
Andrew Barr Then you need to let parents into schools before this happens. View
Christopher Marlowe - 1 day ago
Jenna Vdv that's why HECS/HELP exists View
Rod Phillips - 1 day ago
I'd like to see a bit more planning and less guessing all round! We've seen the impact of poor quarantine procedures through... View
Food & Wine 2

bj_ACT - 2 days ago
If you know where to look. There’s amazing food quality to be had on the far South coast of NSW. Problem is it can be hard... View
Breaking 1

Ol L - 2 days ago
When COVID 19 blows over most will rush back overseas. Hope there’s no COVID 20 or they will all want to rush back here aga... View
Community 1

Capital Retro - 2 days ago
Are public toilets included in the plan? View
show more show less
*Results are based on activity within last 7 days

Wajid Kakar, a 35-year-old Afghan national, has been charged with murder over the death of 34-year-old Michael Williams, as well...
*Results are based on activity within last 7 days

This is Ainslie – between the city and the bush

A victory for common sense, and a reprieve for Ainslie’s community built sports facility

Loving the bush capital puts pressure on the land

A renovated Ainslie original in step with city’s renewal

@The_RiotACT @The_RiotACT
@midnightoilband is bringing a clutch of Indigenous stars to Canberra as part of its Makarrata Live tour, including young rapper @TasmanKeith https://t.co/xiLThyLtfS (6 hours ago)

@The_RiotACT @The_RiotACT
Running seven marathons in seven states in seven days will be uncomfortable says Kaiti Penrose who is one of six runners in the region taking on the Bravehearts challenge to end childhood violence https://t.co/Briu2xeOMC (8 hours ago)

@The_RiotACT @The_RiotACT
Galilee School will be opening for year 11 and 12 students in 2021 creating opportunities for students challenged by mainstream education https://t.co/gGkYC1X3yN (9 hours ago)