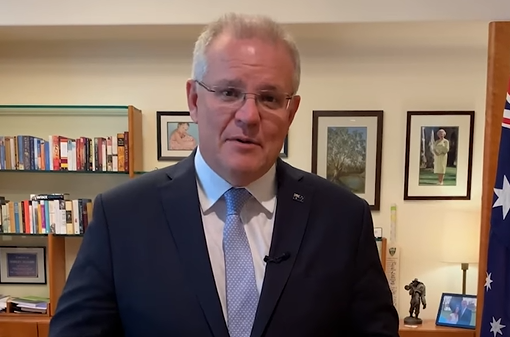 Prime Minister Scott Morrison says the government has accepted most of the Thodey Review’s recommendations but those to do with staffing, pay and conditions have been rejected. Photo: File.

More outside recruitment and partnerships, a return to common pay and conditions, and an accelerated take-up of digital technology are part of the prescription for an Australian Public Service that may not be broken but is in need of serious repair, according to the Thodey Review released on Friday (13 December).

It has made 40 recommendations, most of which Prime Minister Scott Morrison says the government has accepted, instructing the Secretaries Board, led by the Secretary of PM&C and supported by the Australian Public Service Commissioner, to lead the reform effort beginning with a “rapid planning phase’ over the next few months at a cost of $15 million.

The review calls for a more united, flexible and flatter public service with greater collaboration across agencies, agile teams and a move back toward common core conditions and pay scales over time to reduce complexity and improve efficiency, but this last recommendation has been rejected.

It says the APS lacks a clear unified purpose and is too internally focused.

“There has been long-running under-investment in the APS’s people, capital and digital capability, while siloed approaches, rigid hierarchies and bureaucratic rules create barriers to effective delivery,” the review says. “APS leaders do not always act as a unified team. Most of all, the APS is not changing fast enough to meet government expectations and deliver for Australians in a changing world.”

This need not be new funding, with the review identifying savings, re-allocations and the efficiency dividend as ways to pay for the reforms.

However, the public sector union says the Prime Minister has already rejected key recommendations in his recent announcement to slash the number of departments.

The CPSU welcomed the review’s findings on staffing, pay and conditions, and funding.

National Secretary CPSU Melissa Donnelly said the Government received the report months ago but had flaunted its disregard for it just last week by slashing departments and creating mega-departments.

“What we have seen today is the government’s own report join the many calls to lift the Average Staffing Level Cap and fix the broken public sector funding model. This is but one of many recommendations the Morrison Government has rejected,” she said

”It’s time for the government to invest in the services it keeps promising Australians.”

Labor’s public service spokesperson Senator Katy Gallagher said the government’s response was weak and non-committal – fully agreeing to just 15 of the 40 recommendations and providing a miserly $15.1m to ‘initiate reform’.

She said the true colours of this government were on full display when they have rejected important recommendations which call for:

“Today marks a a major missed opportunity to modernise the APS and ensure it is properly equipped to deliver for Australian into the future,” she said.

In what will be seen as a red flag to journalists and other concerned about government secrecy, the review says materials prepared by the APS to “inform deliberative processes of government” should be exempted from release under FOI laws, so the APS can advise the Government “freely and robustly”.

The review says the APS is behind the curve when it comes to the use of digital technology and needs to catch up with the rest of society in adoption and skills so it can deliver better services and release staff to customer service roles.

It says the APS needs to look outward more, recruiting more employees from outside the service to broaden experience and perspectives, and working with more external partners – “going beyond traditional participants (and beyond Canberra) … to provide ministers with a range of perspectives and the on-the-ground experiences of all Australians”.

The review proposes a Charter of Partnerships, developed with APS partners, to help achieve this.

And the Canberra Bubble keeps rolling…

Maybe more outside recruitment would assist in changing the slow, unproductive, and bullying culture of the public service. If some of them worked in the private sector they would be surprised at what they would be expected to achieve.

Tim Hutch I’ve worked in private sectors, not for profits and public service. The two positions I’ve held in the public service in different areas and have been the most productive and understaffed. People are working hard and quite often they forgo breaks if it’s busy and need to get things done.

My recommendation would be to outsource everything digital related to eGovernment to Estonia.

But, I could only imagine the populous screaming over a big brother government that knows too much!

Try And get rid of the self righteous bullys while your at it.

Can we have this translated for non public sector folk???

Sue Skinner we might get some IT upgrades that are closer to the 21st century…….🤣😂 Maybe……?!

Sue, exactly my thought. I’ve worked within the public sector both as a contractor and a consultant for over 10 years and I still didn’t understand a thing they are talking about.

What don’t you understand?
The public service needs more people in it, every agency needs to be on the same pay and conditions (which they haven’t been since the Howard years) and serious attention needs to be paid to the IT needs of the agencies.

can someone translate this for me please

Pam Perkins – the Govt spent a whole heap of money for an independent review of the public service.

Among those recommendations were to remove the staffing caps (departments are limited to x number of staff) and make a consistent agreement (different agencies have different pay amounts and conditions).

The idea is, with staffing caps removed, agencies can hire permanent staff rather than expensive contractors who have a tendency to move and a consistent agreement will encourage staff to move between departments as well as cut overheads on managing separate agreements.

The govt decided to not take the recommendation that they paid for and instead are combining departments to create ‘mega departments’… that will rely on contacting and work on different pay scales.

Only time will tell if it works or not, but it is odd that they are ignoring the recommendations of their own consultancy.

Rick Jackson don’t they always ignore all findings? He certainly must have ignored his empathy consultant as well, given his frequency of inept responses to natural disaster and victims.

Really? but they have not acted on the Banking royal commission findings. Convenient

Louise Flood but they are acting on the royal commission into child sexual abuse with the religious anti descrimination bill.