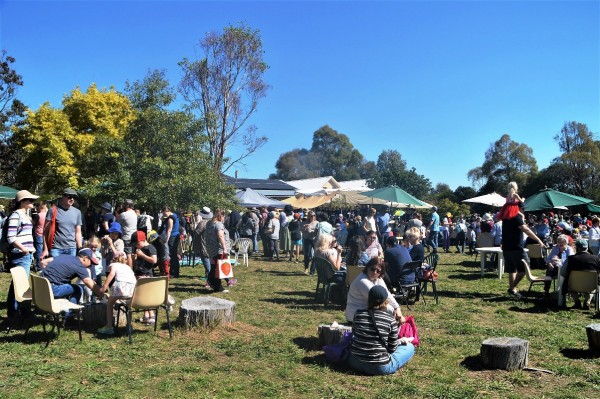 Around 3,000 people descended on a boutique orchard on the outskirts of Canberra on Saturday afternoon (April 1) for the Loriendale annual Apple Day Harvest Celebration.

Located in rural Hall, to the north of Canberra, Loriendale Orchard has become a hit on the outdoor events calendar for Canberrans looking for an inexpensive day out wandering beside fruit trees, sampling organic produce and listening to the local entertainment.

Now in its 27th year, the annual event sees the 33-acre property surrounded by a giant parking lot as families relish the chance for some fresh air, afternoon tea and organic shopping while the children run around or visit the animal petting area.

The event is also a drawcard for senior citizens and those in search of organic food, some even making the trip from Sydney.

Loriendale Orchard is owned by Owen and Noreen Pidgeon who bought the small farm in 1982 after a four-year stint in Papua New Guinea. They used natural approved farming methods from the start and delight in allowing their Bantam hens to run through the fruit trees, fertilising the soil in the process.

Looking to make an income and hearing stories of the area’s apple growing potential, the Pidgeons began by planting apple and cherry trees, followed by around 140 hazel trees. The hazelnut grove went first and then the cherry trees rotted off. They were replaced by the quinces, nashi pears and Chinese pears that are still doing well today.

Along the way, the Pidgeons became interested in unusual varieties of apples and began adding to their collection. They now boast an international selection of more than 120 varieties of modern and heritage apples, many of which were on offer at the open day.

The free tastings tent was among the most popular at the harvest celebration, with the varieties available for sampling including Blenheim Orange, Crimson Crisp, London Pippin, Bonza, Summer Delicious, Topaz, Jonathan, Lord Melbourne, Grimes Golden, Baldwin and Delicious. 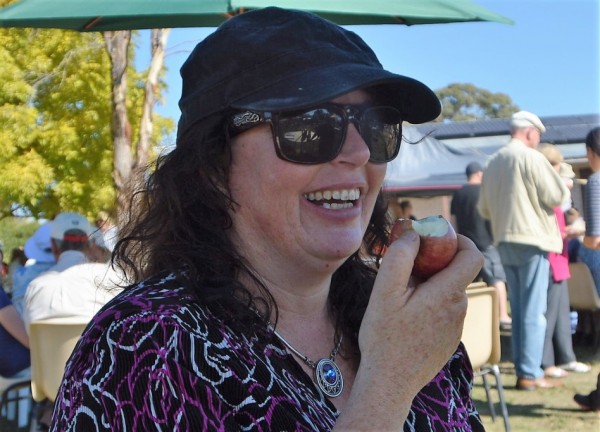 Noreen Pidgeon said she was very happy with attendance at the event but bemoaned the poor apple growing season, leading to smaller apples and far less of them.

However, this didn’t seem to affect the flavour with people flocking to the tastings, deciding on their favourites and then making their way to the apple stalls to buy them in kilo bags.

A feature of the day was the small army of volunteers who manned the stalls, cooked the food, supervised the carparking and provided the music.

Noreen said they were primarily made up of friends and family, as well as the couple’s fellow parishioners from North Belconnen Uniting Church.

Lucy Wenger from McGregor was one of the multi-tasking volunteers. After a long stint cooking crepes she took off her apron and headed for the piano where she delighted the crowd with a classical music recital.

Among others to entertain were an energetic Weetangera Primary School choir and some semi-professional choirs in matching outfits.

Loriendale Orchard is only open to the public for its annual celebration but sells its fruit when in season at the Capital Region Farmers Market in Mitchell on Saturday mornings. 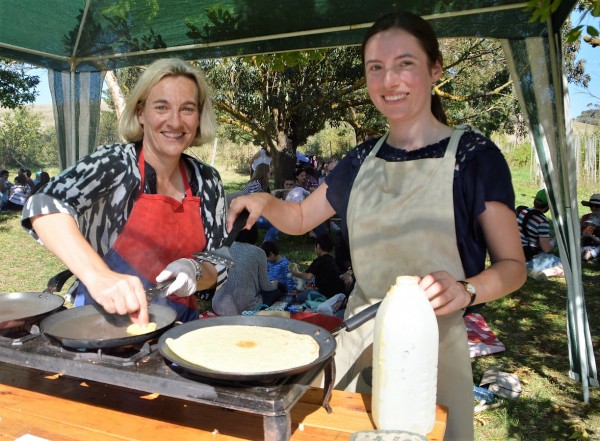 Renee Thompson - 44 minutes ago
Should be entitled to both as I see it as one is purely for helping keep business a float hoping they survive the outcome and... View
Opinion 20

Jak Kanard - 58 minutes ago
...it’s been the end of the line since it was first established ! Canberra has never been considered a rail destination - e... View
Property 3

chewy14 - 1 hour ago
JC, Thanks for pointing out that the ACT is not following the National Plan. And no the ACT "plan" is not nearly the same as... View
kenbehrens - 2 hours ago
Could it be that the ACT Government's Human Rights Charter prevents mandatory vaccinations? The Chief eluded to Human Rights... View
News 178

Canberra Day Trips: Seven spots to pick your own fruit

@The_RiotACT @The_RiotACT
'Brave' Sally Hopman has seen her first #snake of the season, and it was enough to drive her to drink (so at least the experience wasn't all bad) https://t.co/I12xIs6Ftp (36 minutes ago)

@The_RiotACT @The_RiotACT
A Canberra healthcare worker who recently migrated from South Africa is concerned about her work prospects because she received the #Johnson & Johnson COVID-19 #vaccine which is not recognised in Australia https://t.co/rtBJhWL0es (2 hours ago)

@The_RiotACT @The_RiotACT
The Watson community has banded together to build a pop-up #bike track for #local kids in the Irvine Street Greenway. What do you think of their efforts? https://t.co/vJnnJaMMWH (3 hours ago)