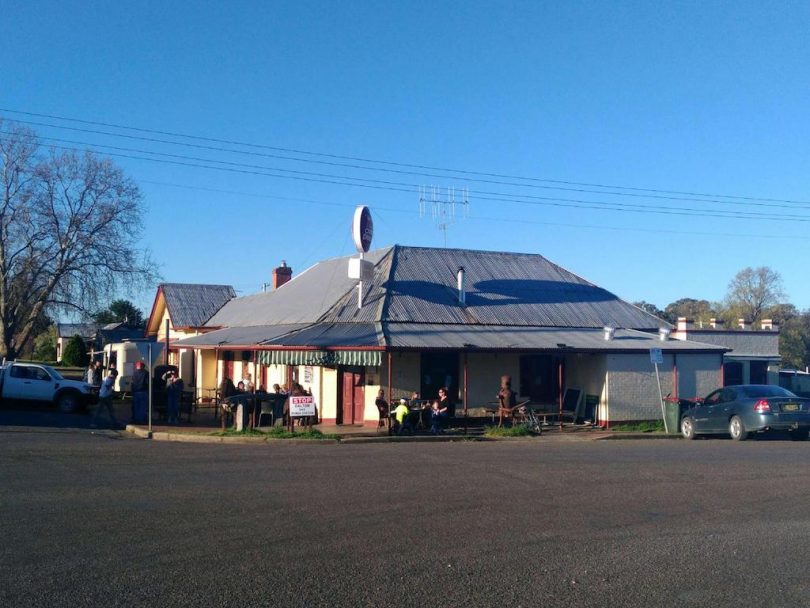 Dalton Hotel was among the buildings rattled during earthquakes over the long weekend. Photo: Mike Stone.

Earth tremors at Dalton over the holiday weekend didn’t phase long-term residents, but frightened the pants off new arrivals Mark and Allana Carmody.

About lunchtime on Friday Mr and Mrs Carmody – who moved this year from Sydney’s west to the quiet village – arrived home. “Just as we walked in the door with some shopping, it sounded to us like an explosion and bit of a vibration through the house,” Mr Carmody said. 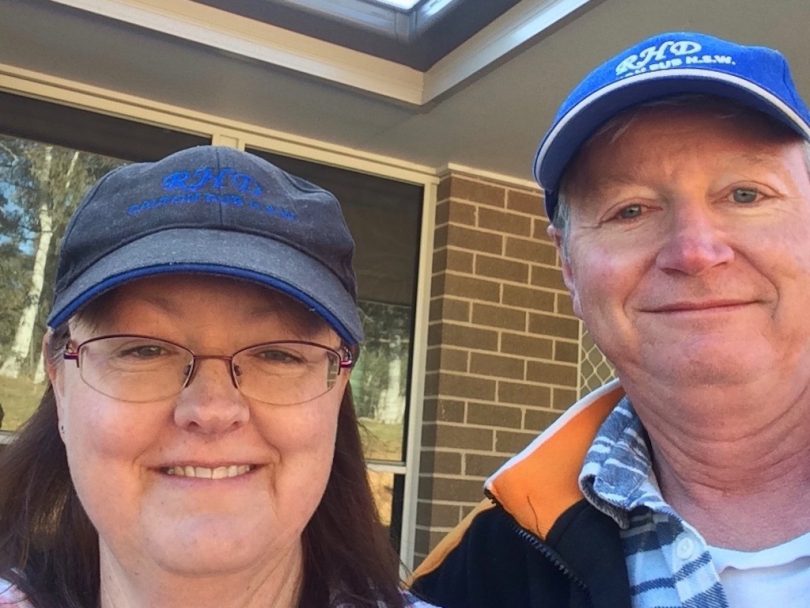 Six small tremors were recorded north of Canberra at Dalton and Gunning, the earthquake capital of south eastern Australia.

The first one on Thursday had the highest magnitude of 2.8 and happened at 12.45pm. About 3 pm another one occurred, recording 2, then a little later, a third tremor of 1.9 magnitude and at 6.05pm another 1.9 tremor.

On Friday morning another tremor of 1.7 was recorded, and on Saturday, the Geoscience Australia earthquake site recorded a 1.7 magnitude earthquake at Gunning.

Seismologists say the Dalton earthquakes are generally close to the surface, which makes them louder for those nearby.

At the hotel on Friday night the publican had told Mr Carmody the pub’s wooden floor had rippled during one of the tremors.

The Carmodys have built a new home on a concrete slab and steel frame. “I had noticed this morning cracks around the place, in architraves and all that kind of stuff,” Mr Carmody said. “Interesting, we knew coming into Dalton that it was a hotspot for seismic activity, but we were very surprised we have had this many on a weekend.’’

The explosion lasted a little longer than thunder. “Unfortunately, a bit like the movies you know where you hear that real bang, you know, like something going off.’’ 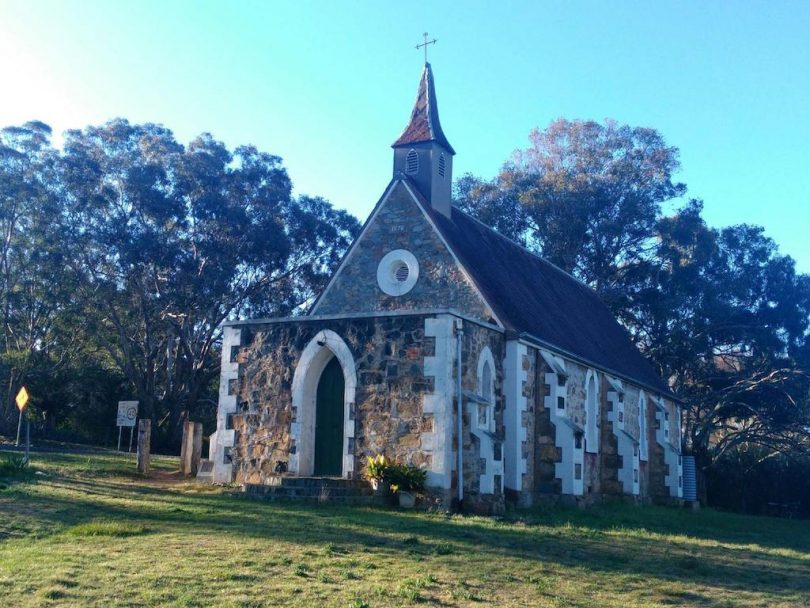 Patricia Stone, who was born at Gunning and has lived most of her life at Dalton, is accustomed to the tremors.

“In 1934, that was when the biggest one was recorded and that was 5.6, over the years there have been several other big ones that have peaked in excess of 5,” Mrs Stone said. A house between Gunning and Dalton had been so damaged its occupants had to move out and re-build.

“I live in a cement Besser brick home, cement rendered, it has a few cracks, it is not too bad,” she said.

Seismologist Marion Leiba of Kambah, and author of “Earthquakes in the Canberra region”, a Geoscience Australia booklet, says a reasonably-sized earthquake at Dalton, one measuring 4 for example, will be felt in the Canberra area.

“There is a belt of earthquakes that runs in south eastern Australia, it is about 500 kilometres wide, and runs all the way from the Hunter Valley area in the north through to Bass Strait in the south. Canberra, Snowy Mountains, Dalton, Gunning and so on are all part of that wide belt of earthquakes,” Ms Leiba says.

Dalton is probably the most active. “Even Murrumbateman is more seismically active than Canberra, though we do get them in Canberra,” Ms Leida says. “If you think of an area centred on Canberra GPO with a radius of 20 kilometres, you get on average one or two earthquakes a year.

“In this area our earthquakes are close to the surface, that is why we tend to feel them and usually hear even very tiny ones. If you are close to one it sounds like an explosion, some of them out at Dalton you hear something that sounds like thunder.”

Max N Gloria - 8 minutes ago
Nathan Stack I had a drunk cyclist run into me years ago, he tried demanding a new bike until I said I was calling the police... View
Stuart Brogan - 10 minutes ago
Geoff Young agree, most studies show motorists are only at fault 80% of the time. View
Paul Baynham - 11 minutes ago
Stuart Green that's why I said look it up. View
News 8

Steve Whan - 8 minutes ago
Just curious, do instigators of damage have their terms effected due to vandalism caused? I dont know. Just curious. View
Inca Serrated - 1 hour ago
Not a single mention of the conditions that prisoners are living in... Lockdowns, no family contact for over a year, no meani... View
Lori J Tas - 3 hours ago
Kriso Hadskini there are currently rules around how much the govt can enforce people to pay back week to week, sadly, given h... View
Property 11

Not that long ago, my partner and I were part of the teeming masses of young people trying to get...
News 109

@The_RiotACT @The_RiotACT
Edgar's has added another restaurant at its iconic location in Ainslie. The Inn offers a European bistro feel with a dark, moody atmosphere ... and the mash of Sophia Brady's dreams https://t.co/AoXEOQ5I8Y (19 minutes ago)