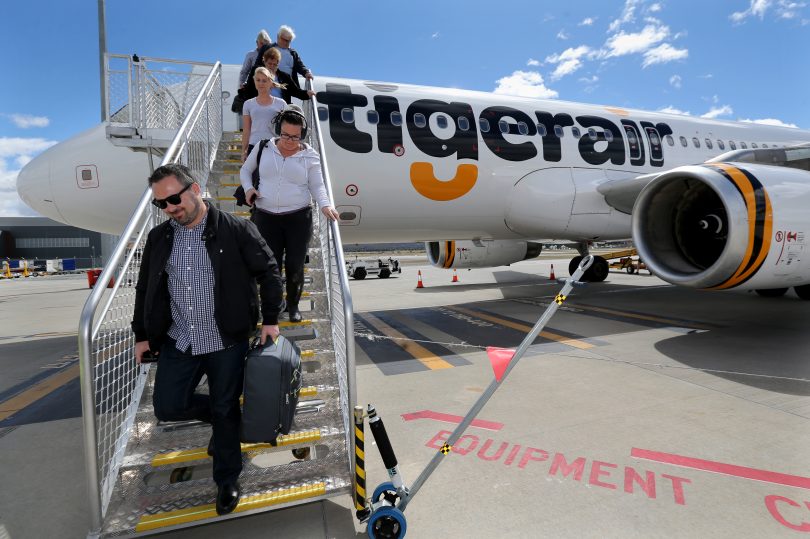 Tigerair Australia has boosted its services from Canberra Airport with the launch today of new return flights to Brisbane, and from tomorrow an extra Melbourne flight.

The low-cost carrier will operate three weekly return services between Brisbane and Canberra on Tuesdays, Thursdays and Sundays, with flights scheduled for a mid-morning departure from Brisbane (10.30 am), arriving in Canberra at 12.20 pm. They will depart Canberra at 1.05 pm and arrive back in Brisbane at 2.45 pm.

To celebrate the new services, a limited amount of fares (conditions apply) are being offered between Canberra and Brisbane from $69 each way and between Melbourne and Canberra from $49 each way.

Tigerair Australia Head of Communications Vanessa Regan said the airline’s new services were a win for consumers, the economy and tourism.

“With eight weekly return services from Melbourne and three from Brisbane, Tigerair Australia will be providing close to 4,000 seats weekly or over 200,000 seats annually through Canberra Airport,” she said. 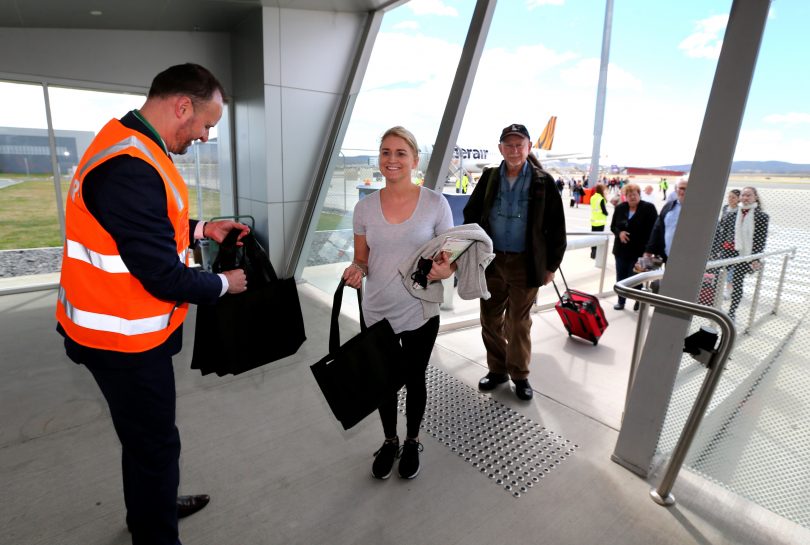 ACT Chief Minister Andrew Barr said it was exciting to see this new service under way.

The Managing Director of Canberra Airport, Stephen Byron, said the new low-cost service would be greatly welcomed by travellers from Canberra and the wider South Eastern region.

“Tigerair’s expansion of its service to provide a direct link to and from Brisbane, combined with the increased services to Melbourne, will mean faster and cheaper access to both cities for tourists, budget and leisure travellers. This is a win-win for the economies of the ACT, Victoria and Queensland,” he said.

Brisbane Airport Corporation CEO and Managing Director Julieanne Alroe said the importance of low-cost services connecting cities and states with direct flights could not be overestimated.

“Time and time again low cost carriers have proven the ability to grow demand and boost visitation across Australia, providing families with very affordable means of travel, and supporting tourism and business across the board,” she said.

“The launch of low fare flights between Brisbane and Canberra is another piece in the network puzzle that Tigerair has stepped up and filled and we commend the Tigerair team on its continuing commitment to making air travel very economical.”

Chelsea Adhami - 6 minutes ago
Any word on when the funeral will be? View
Germaine Muller - 20 hours ago
Dude - you introduced me to Frugii Ben Fittler View
News 2

nobody - 59 minutes ago
So the pool has been out of action for a year, and they are just concluding the tender process for repairs now, then the repa... View
chewy14 - 17 hours ago
Hardly a surprising result, the government's relative silence on the issue and the budget allocation made it pretty obvious t... View
Food & Wine 11

Ol L - 3 hours ago
How can Mr Barr tax them if their not here? Seems logical that the public service can be based anywhere, COVID seems to have... View
HiddenDragon - 13 hours ago
Difficult to see anything more than token efforts at decentralisation in future, but video conferencing and working from home... View
Sport 35

t2owe - 12 hours ago
It's not the outdated system that's the problem, its the failure of Planning (ACTPLA) to maintain the mandated rules in the t... View
Food & Wine 28

stargazer - 16 hours ago
I agree. It’s an old fashioned bakery and the fact it’s totally family run is fantastic. They are few and far between now... View
stargazer - 16 hours ago
Stopped in and got my buns today - they were worth the drive! But I Wish I could get them on my side of town! Kids loved them... View
Sonya Curran - 20 hours ago
I'd love to! Have never been! View
News 12

Conan of Cooma - 20 hours ago
I was an extra for the final scene in this movie. Leah is not only a bloody hilarious person but also an incredibly intense a... View
Food & Wine 71

A Canberra father accused of repeatedly beating his wife and choking their daughter will be released from custody after he...
News 1

Pet owners who had paid to bury their beloved animals at a pet cemetery at a property that has since...
Community 24

@The_RiotACT @The_RiotACT
Once known for its huge freakshakes, Patissez used lockdown as a chance to reinvent itself and forge an exciting new path https://t.co/vQDR61q0DX (14 hours ago)