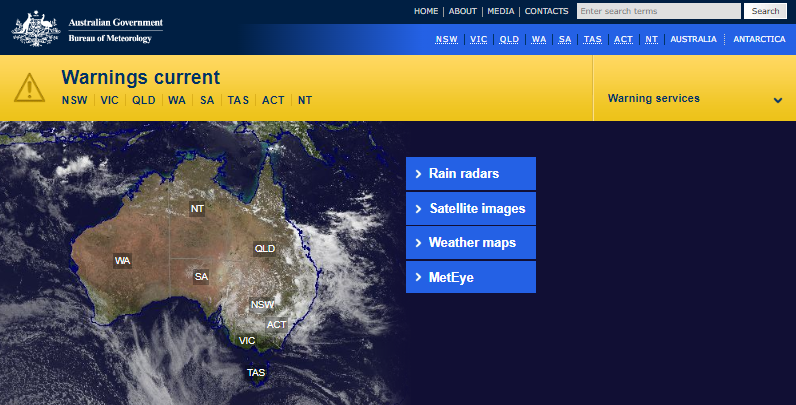 The BoM website: a simple URL many other brands would love to have.

It’s being called the marketing fail of 2022.

The inept Bureau of Meteorology (BoM) rebrand has achieved exactly the opposite of what it was meant to, and highlighted how unwarranted and wasteful much of these exercises are.

For reasons unknown and unfathomable, somebody at the BoM, Bureau, Weather Bureau or as Environment Minister Tania Plibersek said, whatever you want to call it, woke up one day and decided the agency’s public profile and brand recognition wasn’t good enough.

Not its services such as radar images or the accuracy of forecasts.

No, the BoM acronym, probably the most well-known and used in the country, had to go, to be replaced with the meaningless “Bureau”, along with a new logo, banners and collateral.

The whole exercise cost $220,296, not a huge amount in the scheme of public service spending, but nothing to be sniffed at.

ANU marketing expert Andrew Hughes says it was amateurish and failed on all counts, especially as there was no evidence that a change was needed at all.

“There was no talk about the Bureau in a negative way or being confused with the Bureau of Statistics for example,” Mr Hughes says.

“There was no brand damage … nothing to do with the brand name itself, considering how easy the website URL is to remember, bom.gov.au is pretty simple. A lot of brands would love to have something that simple. The website itself worked really well.”

The rebrand had been underway for 18 months but the news broke on Tuesday when the agency asked media organisations to only refer to it by its full name, or shorthand as “the Bureau” – not the widely used BoM.

That was greeted with disdain and disbelief.

The Bureau even failed to reserve the Twitter accounts it had announced it planned to move to.

Considering that marketing these days is a digital game, those in charge of the rebrand seemed to have no idea that the change would be nothing but detrimental to the profile and presence of the agency.

If so many now recognise the idiocy of such an exercise, the $220,000 question is why no one was prepared to put their hand up and say the idea stank.

Mr Hughes believes there needs to be an independent expert committee or body that can assess government marketing to decide whether it is needed in the first place and if so that it is executed properly.

“It doesn’t need to question policy, but we should question the methodology and what they’re trying to do to achieve that policy outcome,” he says.

But that body will need to have real expertise, not just people who call themselves marketers or communications specialists, and be truly independent, and not afraid of biting the hand that feeds them.

It might also mean that government doesn’t spend so much money on marketing and advertising campaigns, which have become highly politicised in recent years.

Mr Hughes says government spending in Australia on advertising consistently is around the 40 per cent mark of total advertising expenditure every year, a phenomenal figure.

That’s our money being spent on useless rebrands like this one, campaigns from the Department of Bleedin’ Obvious or ads to convince us that the government is doing a great job.

No wonder trust in government is faltering.

Expect this rebrand to disappear from view, but what about all the others we don’t know about?

It is hoped that the public service will be more prudent about embarking on such wasteful exercises in future, and that government might consider some independent oversight of marketing.

If I were the Minister for Finance, I’d be cutting their funding by $220k annually, as clearly they have that amount to waste. Also, I’d be telling them to lose a few SES/Executive level roles, and cut the funds accordingly to force their hand. And the Environment Minister should be demanding some resignations.

Should have called themselves the Department of 50%

Trying to keep up with Dept. of Immigration, or whatever they call themselves this week… (they need changeable displays like the bus destination signs)

Could have called themselves the Department of Precipitation Prognostication.

Really rolls off the tongue, if only DPP wasn’t already taken.

No, the last thing we need is another office to review marketing – most of which is driven by government re-organisations. While this rebranding was an embarrassing dud, buying new stationery is not something we need extra hoops and approvals for.

They’ve made fools of themselves. Whoever made this decision should be a laughing stock internally and their future work tasks re-considered.

Sacking however lead this fiasco will save $.

“probably the most well-known and used in the country” For whom? I somehow missed that memo. First I had heard of BOM. Now, Bureau of Meteorology I have heard of.

Bureau of Meteorology is a much simpler, easier and clearer name. I though usually just search for weather and radar.

It’s much simpler when departments are called by their real names. Less ambiguous, and better understood by more people, not only the narrow group of people who move in those circles.

Their app says “BOM” in its icon and “BOM Weather” below. I am slightly curious to know to what not-clumsy thing they might have changed those.

When I first read the term, connotations of “The Bureau” were all negative. I blame Franz Kafka.

It may be simpler, but when you access their website often bom becomes automatic. You don’t need to think about it. You only have to type a few letters before you get the site. If you had to type in Bureau of M before you could get the right site, it’d be painful. It is much quicker and easier to use bom. That is important when you’re busy.

Agree with phydeaux, as the term ‘The Bureau’ sounds sinister. It’s also anonymous whilst bom is unique and memorable, as well as kind of friendly and Aussie in the pet name based on the abbreviation.

Weather works for me. And Canberra radar has always worked too. Didn’t even know what BOM was.

No Corey, it was a decision by the previous Liberal Government. The workers at BOM had no say it it.

April Littrell , sorry, Department of Social Services, then Dept of Social Security, (really) then…
Medibank then Medicare- and the rebates got worse!!! 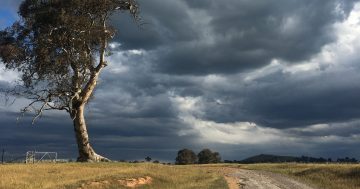