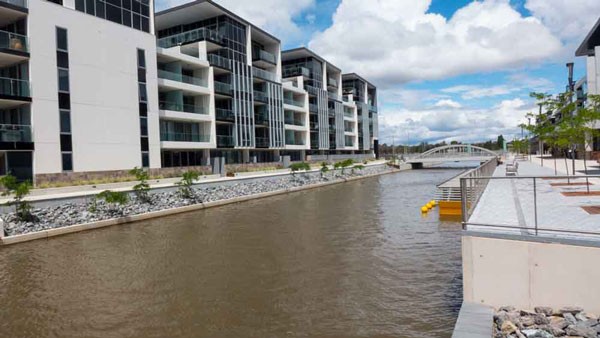 Two public events this week will give Inner South residents the chance to voice their concerns about housing, planning issues, building rules and apartment construction.

Mr Ponton will talk about planning issues in Canberra, Mr Peffer will discuss building regulation and enforcement, and Mr Petherbridge will take on apartment construction issues.

On Thursday night at the East Hotel, Chair of the Legislative Assembly’s Planning and Urban Renewal Standing Committee Caroline Le Couteur will be the guest speaker at a forum on the Future of Planning in Kingston and Barton hosted by the Kingston and Barton Residents Association.

Ms Le Couteur will make a short presentation, followed by a Q&A session. Particular topics can be placed on the agenda by emailing kingstonandbarton@gmail.com.

ISCCC Chair Marea Fatseas said the forums provided an opportunity to identify residents’ main concerns, which would be incorporated into the council’s submission to Ms Le Couteur’s inquiry into housing in the ACT.

She also hoped they would encourage more individual submissions, which are due by the end of October.

“There are major issues with the way the planning system works at the moment. It’s so complex for people to try to understand how it works, and that’s not only for individuals who want to to do something with their house, or who sees someone building next door but even for the developers,” she said.

“It’s a mountain of stuff that you have to get on top of to try to understand what you can and can’t do.”

Ms Fatseas said planning and building rules continued to be flouted, with Access Canberra recording a significant increase in complaints.

She said the inclusion of the 53,000sq m site of the former Red Hill public housing blocks in a prospectus touting ACT land for potential luxury hotel developments to Hong Kong investors was a good example of this uncertainty.

“There was detailed consultation with residents that took a long time and reached some sort of agreement on density of residential development, and all of a sudden does that mean that all that consultation process is junked because of the potential for it to be a hotel?” she said.

Tomorrow night’s forum at Eastlakes starts at 7 pm and should conclude by 9 pm.

For more information go to https://www.isccc.org.au/

Peter Graves - 5 hours ago
One significant fact and feature was omitted in this article and was only apparent by a careful reading of the sign in the to... View
Nick Swain - 5 hours ago
The location of the Mt Ainslie tradesmen's camp is a little unclear. Corner of Ebden and Chisholm Sts could be where the ACTE... View
TimboinOz - 8 hours ago
Hi Marg, Honour and Michael were close friends of my Mum and Dad from just after WWII onward. They were among my retreat opti... View
Lifestyle 2