Top ten motoring posts on The RiotACT in 2017

From road trips to road rage, this year’s most-read motoring stories covered the full range of driving experiences in and around the nation’s capital. Unsurprisingly, articles by motoring writer Jane Speechley dominated the top ten list, which ranged from the futuristic Tesla cars for hire in Canberra to the strangest sights spotted on ACT roads, and a look back at Summernats 2017.

Which motoring stories revved your engine this year? Let us know in the comments. 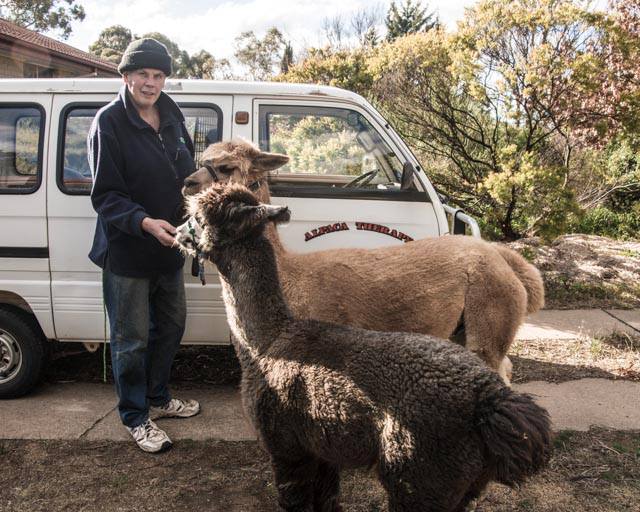 Inspired by the story of a man caught driving in Toowoomba with rolled-up foam mattresses where the front seats should have been, Jane Speechley asked readers in October to share the strangest things they’ve spotted on Canberra roads. For Jane, it was regular sightings of a small car travelling with an alpaca in the back, which turned out to be Honeycomb the pet therapy alpaca, visiting hospitals and palliative care centres to brighten up the day of those who were sick and dying. 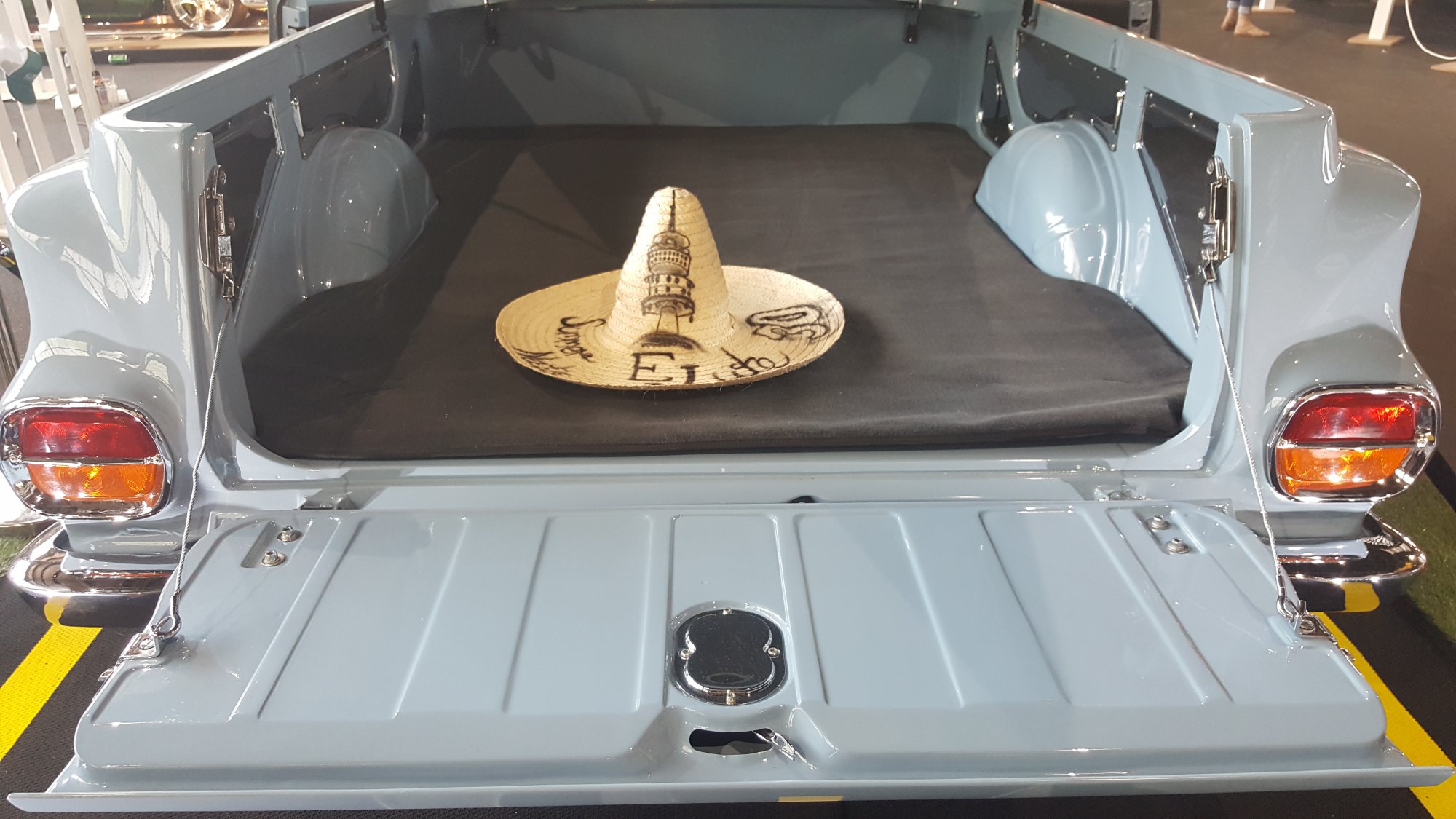 A record 119,000 people attended Summernats 2017, with around 2,500 cars participating. Sadly, as Jane Speechley wrote in January, this year’s event was marred by the tragic death of a 30-year-old man from Queensland, reportedly the first fatal accident in the event’s history. The young man died while riding on the back of a ute. Riding in the tray of a ute was banned pending an investigation into the incident, and time will tell if the ban is maintained for future years. 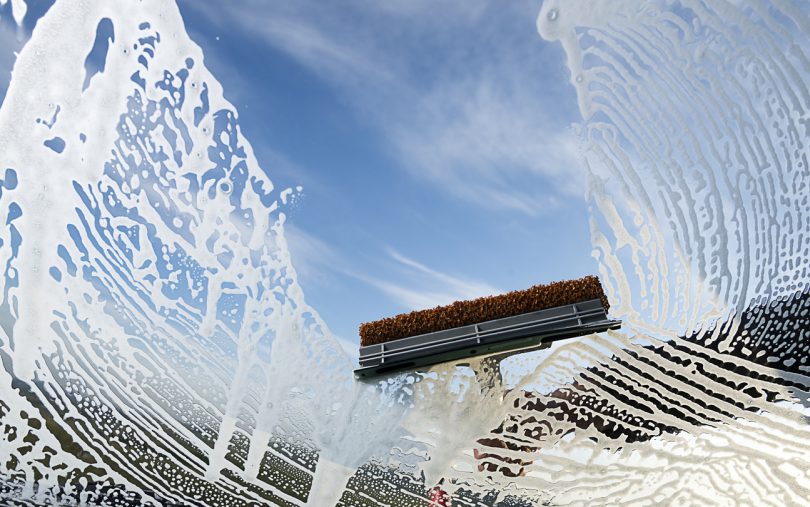 Clad in high-vis and wielding their trusty squeegees, Canberra’s windscreen washers are almost as much a part of our roadscape as cyclists and Action buses, Jane Speechley wrote in October. But they’re also divisive. Some locals argue that windscreen washers perform a valuable service, while others believe they’re criminals in our midst. Where do you stand?

7. I’m going back to Summernats … how about you? 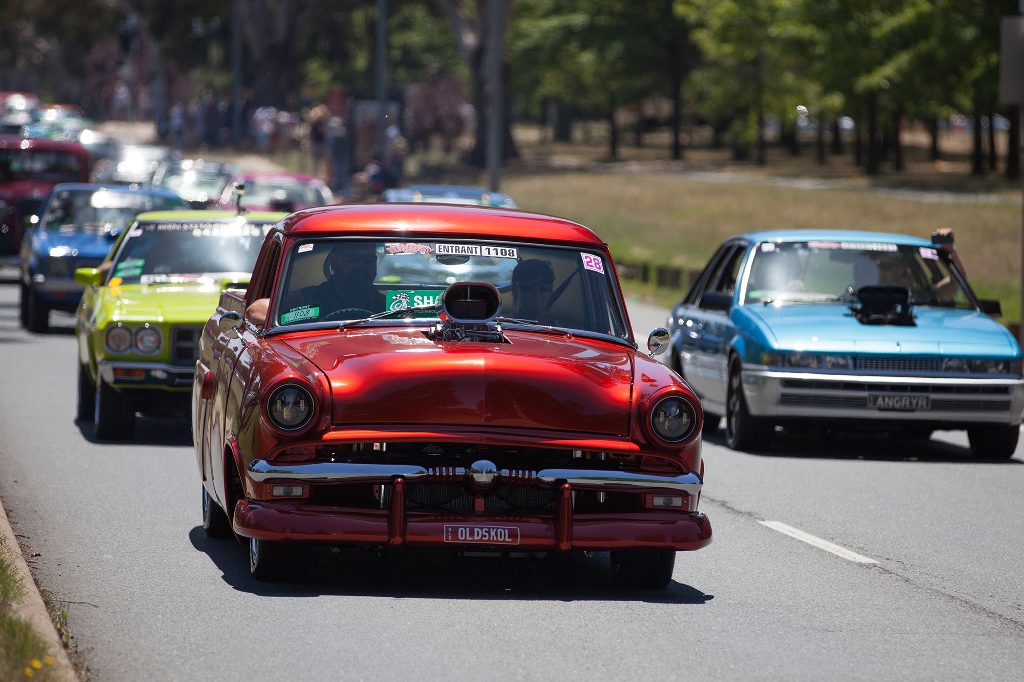 Summernats organisers have worked hard to improve the event’s reputation in recent years. But has it really changed? That’s the question Jane Speechley asked in January before attending her first Summernats in many years. What she saw in previous years “fulfilled every cliché of the darker side of Australia’s most notorious motoring event,” from “alcohol-fuelled violence to disturbing mob behaviour towards women, and just plain old stupidity.” So would 2017 be any different?

6. How to be a better driver 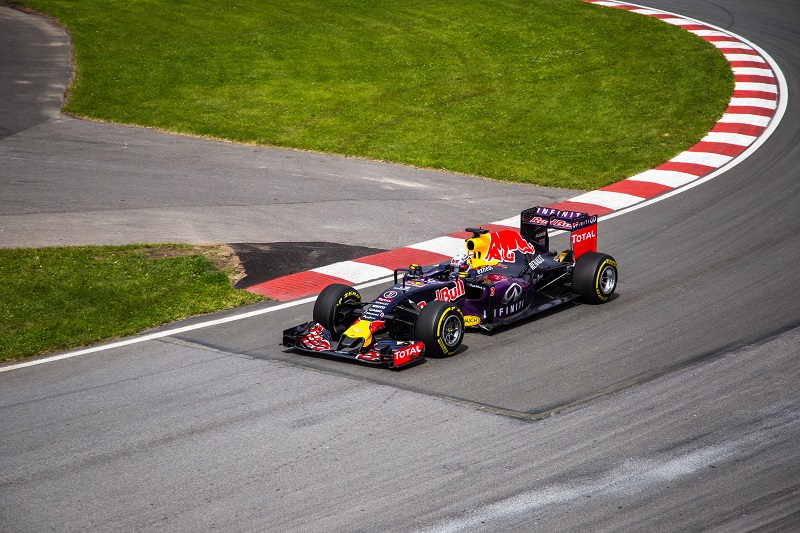 Most of us like to think we’re pretty slick on the roads, but there’s plenty of evidence out there to suggest quite a few of us are wrong. You can’t control what others do on the road, but you can absolutely control what happens inside the cabin of your own vehicle. As Jane Speechley wrote in June, learning some more advanced driving techniques can not only help ensure a safer and more comfortable journey – it’s actually a lot of fun to test and challenge your skills. 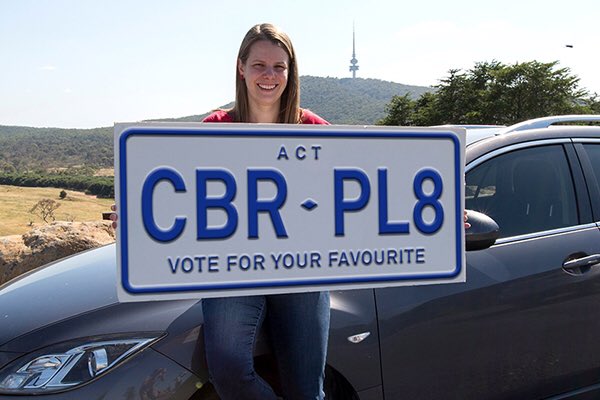 As many who nominated alternative numberplate slogans on social media were disappointed to learn, “APS4 in the streets, EL1 in the sheets” and “Canberra: Wombat attack capital of Australia” did not make the shortlist for the ACT’s new number plate slogan.

After putting the call out for Canberrans to come up with a new number plate slogan in 2016, Chief Minister Andrew Barr announced the shortlisted slogans in January, with options including CBR – AUSTRALIA’S COOL CAPITAL and CBR – DRIVING THE NATION. 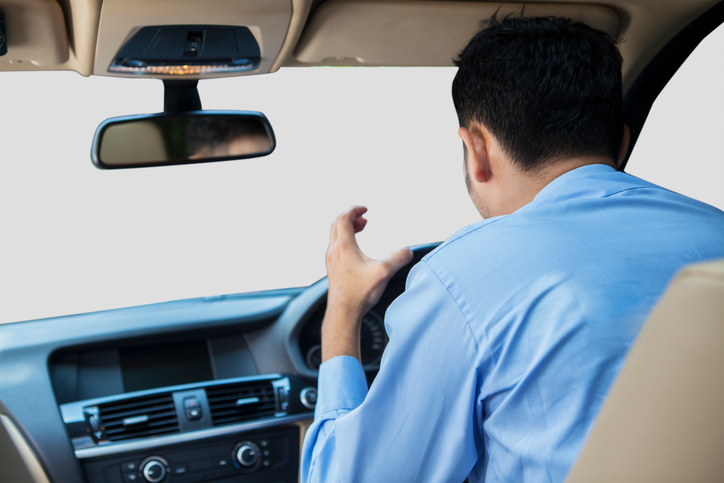 “Here in Canberra, we reside in one of the most liveable cities in the world. We have good socio-economic conditions, good-quality roads and pretty reasonable commutes by most standards. Why are some of us so mad?” Frustrated by an encounter with an aggressive driver, Jane Speechley asked you to share your worst road rage experiences back in June. Check out the article’s comments thread for some real road rage shockers.

3. Jervis Bay is awful and you should all stay away 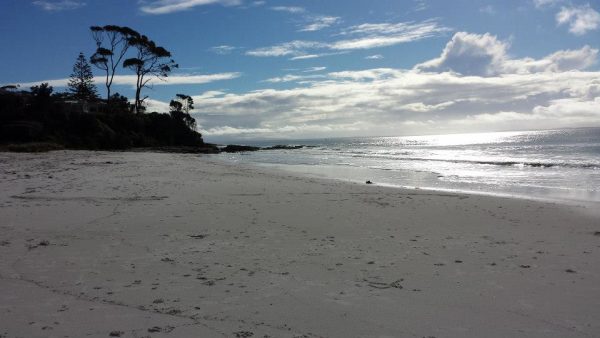 Ever ended up enjoying a holiday destination so much that you secretly hope no one else discovers it? After a trip to Jervis Bay this winter, Jane Speechley felt the same way. She reckoned Canberrans should stick to Batemans Bay and Ulladulla, and forget she ever mentioned it.

2. There’s a way to get from Canberra to Sydney that’s better than flying 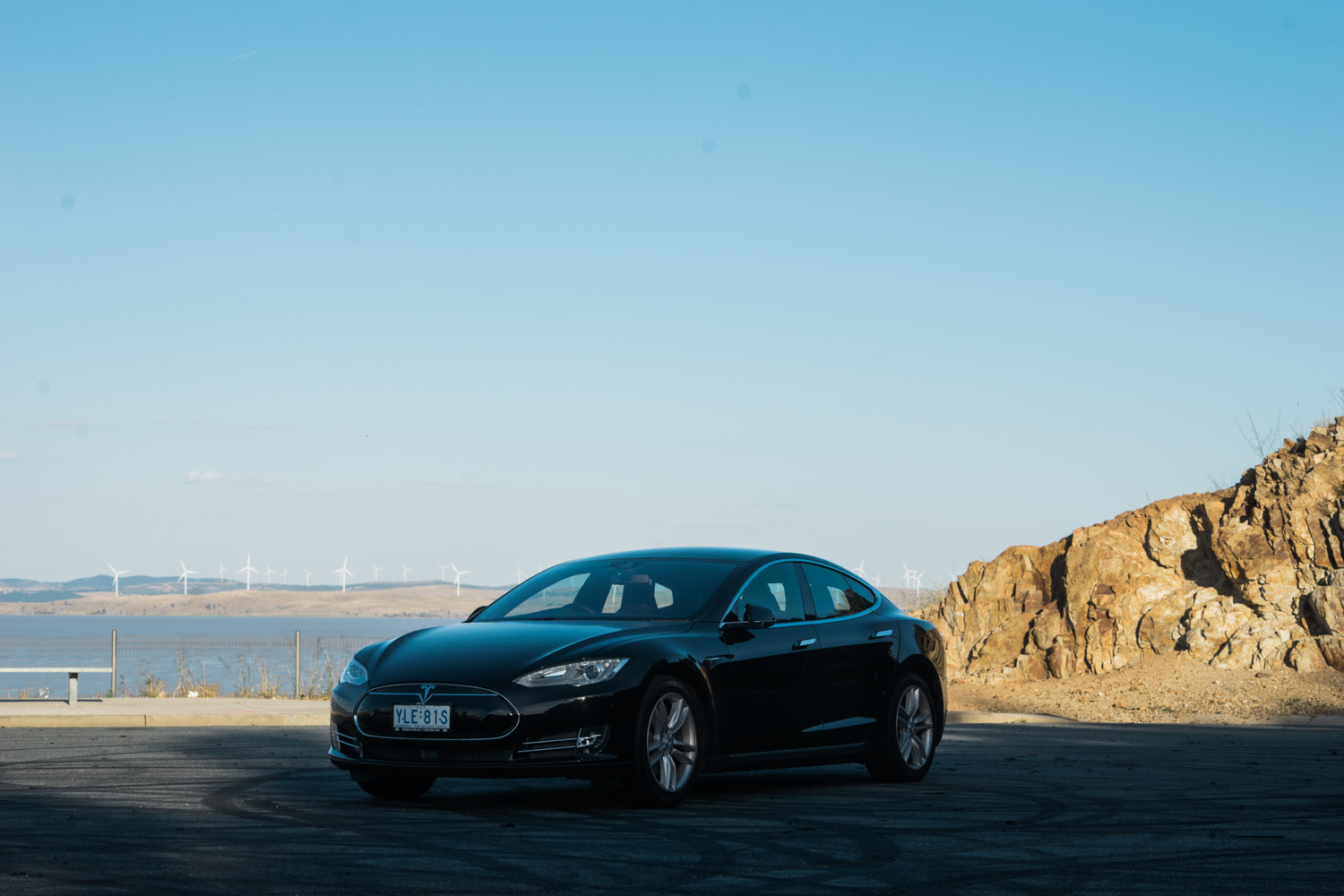 Canberrans sure love their electric cars, if interest in this article is anything to go by. This year’s second-most read story profiled Eveeh, the electric car rental company making it possible for locals to get behind the wheel of the futuristic TeslaModel S for just $349.

1. What are Canberra’s most annoying driving habits? 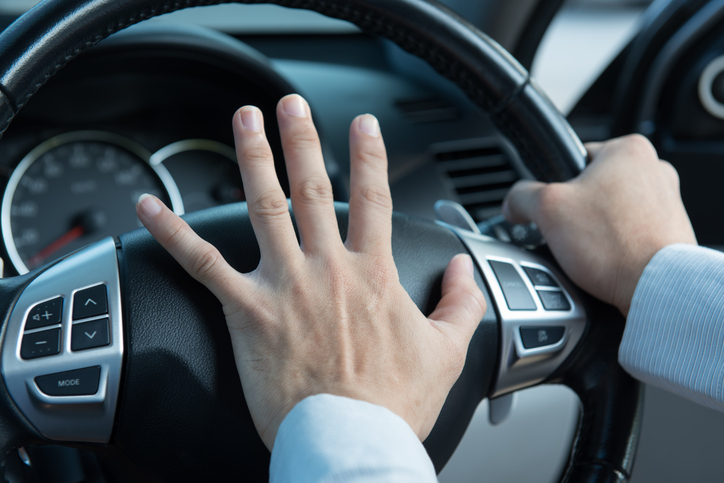 Are you a right lane squatter? How about a light creeper? In this post from March, Jane Speechley got fired up about her biggest driving pet peeves, from tailgaters to those who alternate between full acceleration and sudden braking on the Parkway. And don’t even get her started on tailgating…