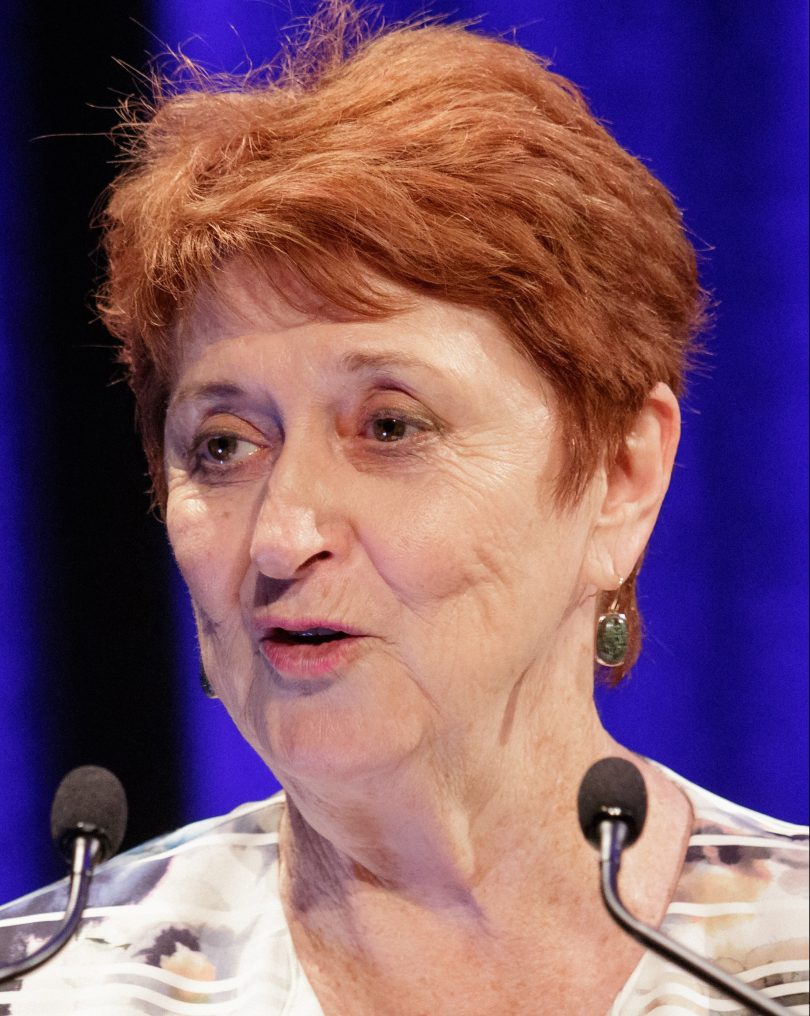 “Her legacy in the ACT Labor Party is unheralded, and she will be fondly remembered by those who knew her, and those that are continuing the fight for Labor values today. On behalf of the ACT Labor team, our thoughts are with her family and friends”, he said.

In 1975, Susan Ryan was elected as senator for the ACT, running on the famed slogan “a woman’s place is in the Senate”. Although much of the previous Whitlam government was wiped out in the Fraser landslide that year, she became the ACT’s first first female senator and first Labor senator.

Despite the electoral chaos of 1975, it was a triumph for the woman who had also helped to found the Women’s Electoral Lobby at the ANU, was a founding member of the Belconnen Labor Party branch, and had believed from an early age that it was “intolerable” that women were regarded as second class citizens whose employment and reproductive rights were subsidiary to those of men.

It was an experience initially mirrored in the Senate where older male colleagues occasionally assumed she was someone’s staffer.

Canberra and the opportunities it provided for a Labor woman were pivotal in her career: she told me several years ago in an interview that she would never have cracked pre-selection in the heavily factionalised NSW branch of the ALP, and owed much to the ACT branch’s more open and flexible attitude towards a 33 year old single mother.

She later became Minister for Education and Youth Affairs after Bob Hawke was elected to office in 1983 and was tasked with the first portfolio on the status of women. At the time it was legal to terminate women’s employment on the basis that they had married or become pregnant.

Maternity leave provisions were rare and women who took it often could not return to their previous positions. Women’s lack of economic empowerment in the workforce also meant that they were unlikely to be approved for home loans and despite the introduction of no fault divorce laws, were often heavily penalised when marriages broke down.

But the Sex Discrimination Act was strongly opposed by many when Ryan introduced it, in particular by the conservative religious lobby headed by the Reverend Fred Nile and his wife Elaine.

Ryan also endured considerable opposition from within her own ranks, where legislating equal rights for women workers was seen by some as unnecessary and electorally problematic. The bill took a year to pass before being enacted in 1984.

She later called her advocacy on the Sex Discrimination Act “probably the most useful thing I’ve done in my life”.

A passionate defender of the Whitlam era free tertiary education reforms, she was Minister for Education until 1987, when she was effectively demoted to special minister of state, and left politics at the end of that year. She believed, passionately, that access to education was the greatest tool for erasing disadvantage.

ACT Labor Senator Katy Gallagher said Susan Ryan had not only paved the way, but built the road that many Labor women would follow.

“She really campaigned on the fact that a woman’s place was at the table — not just in the Senate, but all the places where decisions were being made.

“And she stuck around, being an incredible support to so many of us who have followed in her footsteps”, she said.

Tributes have flowed from across politics. Liberal MP Tim Wilson, with whom she shared roles on the Human Rights Commission, described her as “a wonderful counsel, insightful, professional, whip smart and warm. I thoroughly enjoyed working with her.”

As kids, we first saw Susan Ryan in the 70s talking from a podium in Garema Place. Passionate about anti discrimination and education, a brave pioneer in Australian politics, a sad loss.

So sad to lose such an amazing human being. I owe her much for the benefits she established in my lifetime and that flow to my children. I feel privileged to have worked with her for a time and to have the opportunity to learn from her knowledge and wisdom. I got to understand her true commitment to making the world a better place, not only for her family, friends, community and country, but everyone’s.