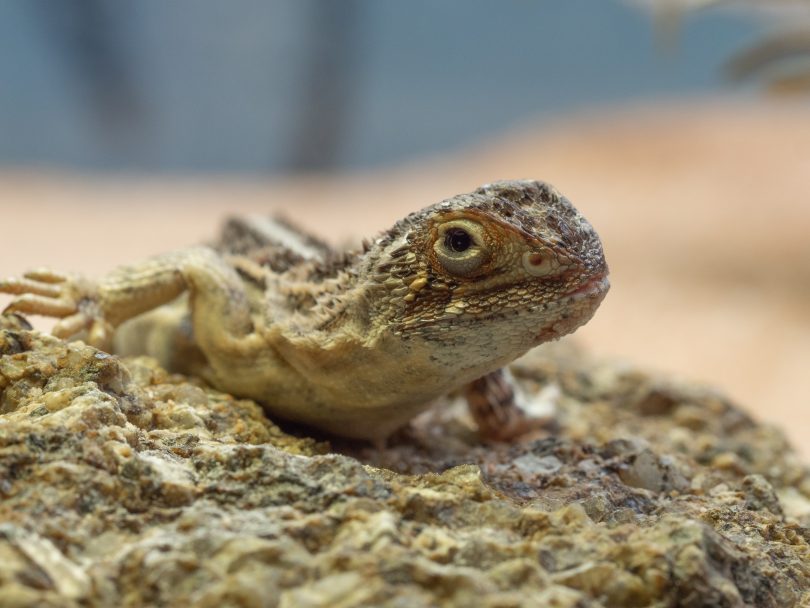 Scenes reminiscent of the movie How to Train Your Dragon are being played out at Tidbinbilla Nature Reserve where a new breeding facility has opened for six endangered grassland earless dragons from Melbourne Zoo.

While the six dragons don’t need much training, the breeding program will act as insurance to guard against extinction and provide a source of animals for reintroduction to the wild.

It will also provide opportunities for research aimed at conserving and managing the species in the face of threats from predators, habitat destruction and climate change, according to ACT Minister for the Environment Rebecca Vassarotti.

“This facility and breeding colony will be critical to the long-term survival of the grassland earless dragon, which is only found in the ACT region,” she said.

The ACT Government has partnered with the University of Canberra to construct the $60,000 purpose-built breeding facility and specially designed quarantine capacity that could house up to 80 dragons.

Research from the university will do genome sequencing to assist in breeding the dragons, as well as other behavioural, genetic and ecological research. 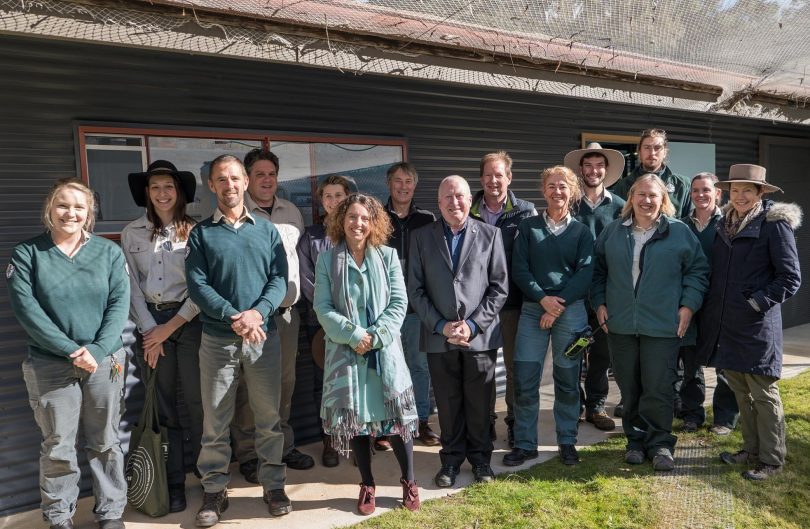 Minister Vassarotti said establishing the colony would help preserve this important species in the face of an extinction crisis.

“If we are to halt and reverse the damage we’re doing to our natural environment, we must challenge ourselves and test and trial approaches to tackle extinction rates and reintroduce native fauna back into the wild,” she said.

“We need action at every level – from strong national environmental laws and clear national plans for threatened species to concerted local action.

“The ACT Government understands the urgency of this work and has taken proactive steps to conserve habitat and protect our threatened species, such as eastern bettong and the grassland earless dragon.”

University of Canberra researcher Professor Stephen Sarre said the university had collaborated with the ACT Government to establish the first captive colony of grassland earless dragons more than 15 years ago.

“We are very keen to support the new facility at Tidbinbilla in whatever way we can,” he said.

“The University of Canberra has played, and continues to play, a lead role in behavioural, genetic and ecological research of the Canberra grassland earless dragon.” A grassland earless dragon makes itself at home in the breeding facility at Tidbinbilla Nature Reserve. Photo: Blake Reeves.

ACT Minister for Planning and Land Management Mick Gentleman said the dragons will feel right at home in the new facility.

“Each dragon will have its own space with everything it needs, such as a burrow, grasses to climb on and a basking platform,” he said. “Larger outdoor predator-proof ring tanks will allow ecologists to observe the grassland earless dragons in a more natural environment.

“Melbourne Zoo and the University of Canberra have pioneered captive breeding of grassland earless dragons over many years and have passed on their specialist knowledge to Tidbinbilla Nature Reserve’s threatened species team.”

The ACT Government is providing $2.1 million over three years for the initial stage of the project, which included large-scale landscape work to restore and reconnect habitat to help grassland earless dragons and other grassland species survive.

Russell Nankervis - 32 minutes ago
The Canberra Liberals will never change. Climate change affects us all and the UN set important benchmarks to meet. Pretty su... View
Mark Chapman - 1 hour ago
If you want advice on how to become blinkered and parochial, then the Libs are the ones to ask. View
astro2 - 1 hour ago
There's nothing wrong with raising concerns or expressing criticism about public health, schools, roads etc (as most people d... View
Opinion 25

Brian Ashcroft - 35 minutes ago
urban maintenance since the start of self government has always been an underfunded disaster-Canberra was once a showpiece-qu... View
Ashley Wright - 2 hours ago
Julie Macklin that might be the centre of the shopping area but the city is far bigger than that and the interchange needs to... View
Julie Macklin - 2 hours ago
Ashley Wright Roughly this area. View
News 69

Gerald Lynch - 1 hour ago
Not a “museum”; it’s a memorial. The Imperial War Museum doesn’t hide its purpose under any other name. If we want a... View
Gerald Lynch - 2 hours ago
The title is the “Australian War Memorial” nothing more, nothing less. Not an educational institution, not a fun park for... View
Motoring 37

Capital Retro - 2 hours ago
Is the Nissan Cedric still available? It would be compatible with Canberra. View
James Andric - 4 hours ago
Kristian Dosen hahahahahha 🐐 View
News 16

chewy14 - 2 hours ago
Capital Retro, You haven't put on the table expert findings, You've clearly cherry picked one heading that you found that you... View
Futureproof - 3 hours ago
Doing everything to assist rich toffs, yeah I get it now View
chewy14 - 4 hours ago
Haha, You've really shot yourself in the foot with this googling even though multiple studies now show this isn't an issue. T... View
Courts & Crime 2

For a planned city that is supposed to be a shining light on the hill, Canberra is rotting at its...
News 41

Around 31,000 Canberra households will receive an increase in the annual utilities concession from the ACT Government to offset electricity...

@The_RiotACT @The_RiotACT
Fifty years on from The Battle of Long Khanh - not to be confused with that of Long Tan - The @RoyalAustMint has released a commemorative coin in honour of those who fought in it https://t.co/ZhrD1us4S5 (50 minutes ago)