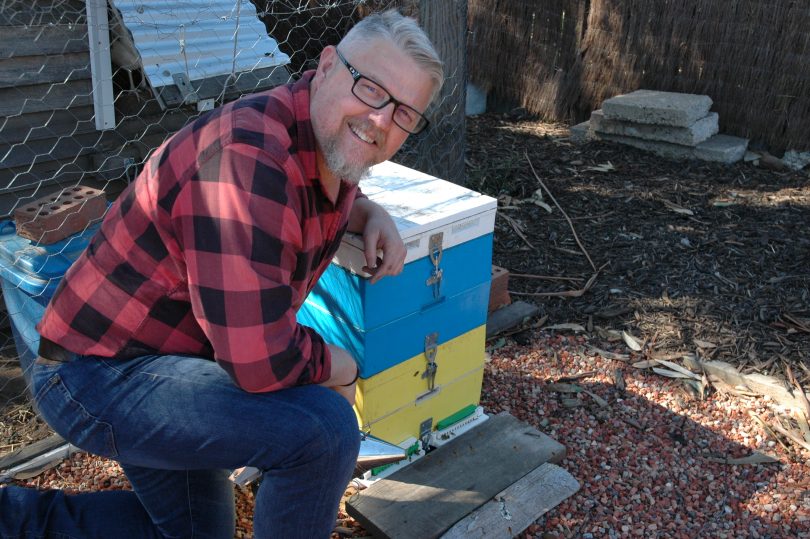 Kurt Barnett and his beehive at home in Fisher. He is planning 20 more hives this spring.

For Kurt Barnett, sweet dreams are made of bees.

The Parliament House public servant has turned appropriately enough to crowdfunding to finance his plan to release his inner apiarist, establish a network of urban hives and eventually sell honey and other bee-related products under his own brand.

Calling himself the Honeysmith, Kurt only started thinking seriously about bees 18 months ago when he established a single hive on his Fisher property after doing a beekeepers course.

Now he wants to split that one hive into a further 20, with two to eight going to micro apiaries around town and eight to 10 to rural properties, including sites near Cowra and Boorowa that are not exposed to agricultural spraying and have access to surrounding native bushland.

Kurt admits to being a bit of bee nerd, achieving a sense of calm when he is working with them.

He finds bees mesmerizing and admires their incredibly well organised structure and decision making. Stings are rare and accidental.

“People are terrified they’re going to get stung but when you work with them you realise that a bee stinging you is probably the last thing on its mind,’’ he said.

His choice of bee is the Italian honeybee for its temperament and honey production.

A media and communications manager at the House of Representatives, Kurt has set up a crowdfunding page on Pozible and organised social media. He has nearly $1200 pledged already.

His first target is to raise $3250, which is about half of what he needs but would go a long way to achieving his goal.

He needs to buy in 20 fertilised queens and the equipment, and is also looking for hive sites in Canberra. 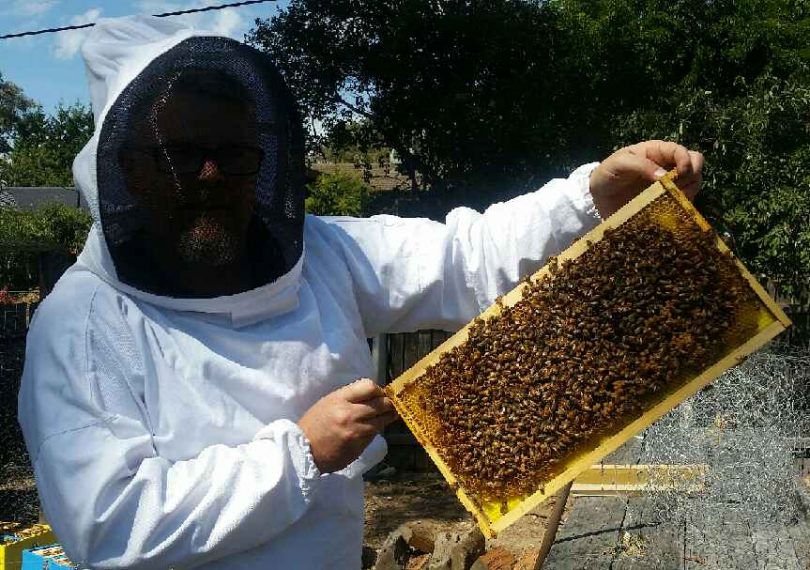 Kurt also has a background in horticulture and the Honeysmith Project fits neatly into his overall vision for a sustainable urban lifestyle. On his 1000 sq m block he grows fruit and vegetables, raises chickens and has planted out the rest with native flowering trees and shrubs for his bees.

Kurt said beekeeping was much easier in Australia than in America, Europe or even New Zealand where pests and disease had taken its toll.

He said a third of the food we eat depended on bees for pollination and cities were becoming more important in ensuring pollinators were looked after.

Under ACT legislation he can have up to eight hives on his block, but eventually with more hive splitting every year he hopes to build a manageable apiary of 100 to 200 hives.

It will take a year to establish his first 20 hives and build numbers but the honey should flow commercially by 2019.

What honey he has in that first year will go to crowdfunding supporters and landholders hosting his hives.

“I’m never going to become Capilano but that’s not what I want to do. I want to manage a number of small apiaries where I can produce a quality, sustainable products for people in Canberra,” Kurt said.

“I don’t want to lose that artisan approach to it. If the Honeysmith is successful, then it might mean that one day I’m working less in my real job and more with bees.”