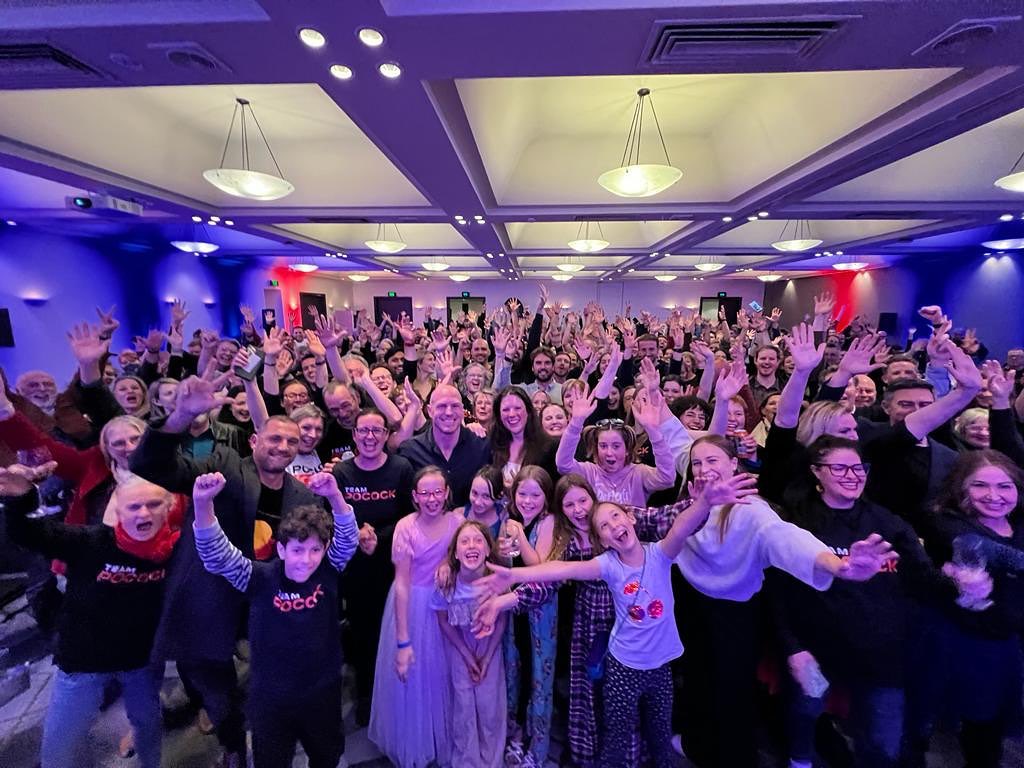 Two of the bigger donors to Senator David Pocock’s successful Senate campaign have come forward as the Australian Electoral Commission (AEC) publishes details of some of the political donations from May’s federal election.

The AEC publishes election returns 24 weeks after polling day, but most of the information will be in the annual disclosure data released on the first working day in February each year, including for Senator Pocock.

But Boundless Earth, a charity founded by tech billionaire Mike Cannon-Brookes, and financial trader Rob Keldoulis, have voluntarily disclosed their donations to the David Pocock Party.

The ACT had the highest number of donors to Climate 200 of any electorate at 1596.

All up, 11,200 Australians donated a total of $13 million to support 23 community-backed candidates.

Senator David Pocock welcomed this disclosure and again thanked all of the supporters who gave their time and financial support, large and small, during this year’s federal election.

“We made history at the federal election, giving the ACT an independent voice standing up for our community in the parliament for the first time,” Senator Pocock said.

“That would not have been possible without the support of people right across the ACT.”

Senator Pocock said the more than 2200 volunteers who gave their time to the campaign were a huge part of why he was now sitting in the Senate.

“But campaigns also need funding to succeed and every single person who donated to the campaign made a difference. I thank all of them for their generosity,” he said.

“Details of some larger donors to my campaign were also disclosed today. I thank them for their contribution and support of the vision we had to help build a better future.”

Senator Pocock has backed an overhaul of political donation rules in his recent submission to the Joint Standing Committee on Electoral Matters.

“I look forward to working through the current parliament to progress reforms so that we can have a much more timely and transparent political donations framework,” Senator Pocock said.

“There is a lot of work to do to bring electoral laws in line with community expectations on everything from truth in political advertising to adequate and fair representation for the ACT and NT.”

At present, only donations over $14,500 need be disclosed.

The AEC will publish full details of donations to the David Pocock Party on 1 February 2023.

…and yet he still argues he’s not a green

The problem with political donations is the influence gained over the candidate. Anyone accepting large donations will owe a large debt of gratitude to the donor and becomes obligated to reward the donor in some later way. Donations are not given for nothing. They gain policy changes, jobs, awarding of lucrative contracts, favourable treatment over competitors, overriding of laws or government advice to favour the donor. Strings are always attached.

In other countries it is called a bribe and it is only a crime if the people involved get caught.

With that sort of financial backing Bill Hayden’s drovers dog could have won the seat.

There must huge amounts being made by some benefactors of the climate change scam.

As I said before CR, winners are grinners!! Let’s not forget the significant financial support Zed received from far right militant groups who kept him in government. These groups included the right to life anti-abortion movement, The Australian Christian Lobby, Advance Australia, mining lobby groups, big tobacco, junk food manufacturers and property developers, just to name a few!! Zed wouldn’t have been where he was without their backing and support. what goes around comes around!! All I can say is good riddance to this unrepresentative and lazy ex-senator!!

Gee, aren’t we lucky the unions don’t get involved in supporting political parties.

Well Capital Retro the Libs always have to blame someone else for their shortfalls be it media or unions. Thanks to Zed and his minions the Canberra Liberals have lost their only senate seat in the ACT. I was replying to your comment where you appeared to be criticising the financial backing David Pocock received from environmental bodies and suggesting that climate change is a scam. Most Canberrans support climate change action. In response to your comments, I simply pointed out the significant financial backing Zed received from right wing bodies including the Australian Christian Lobby and Advance Australia. You then seem to suggest some sort of conspiracy between Labor and unions. It is no secret Labor receives significant backing from the unions. Labor is union if you didn’t already know. Zed was unrepresentative and his laziness will ensure that the Liberals may never reclaim their only senate seat he and his minions lost for the party.

The difference between having far right militant groups supporting the Liberals and far left militant groups supporting the Labor government is that I don’t recall abortions being banned, religion being indoctrinated in public schools, mining causing a massive leap in the cost of living or people being forced to purchase tobacco and junk food products.

However, in a very short time, the not so far left of the current Labor government (and their state equivalents) has managed to allow indoctrination of children to hate fossil fuels and fill their heads with the myth of man-made climate change while increasing the cost of living for all Australians by forcing us down the expensive, and somewhat hypocritical, path of renewable energy.

I’ll admit that I’m not a fan of Zed or ScoMo (anyone who wastes a day every week and forcing their families to sing, clap and praise the invisible man is not competent enough to be making decisions on behalf of me or my country). But Estelle, your far left beliefs and those of your heroes in the Greens, Teals and Labor are making Australia poor, internationally weak and lowering the IQ of future generations.

Well Gary Stuart I don’t think I have ever expressed far left beliefs in any of my posts. I have however expressed concerns with the direction the Canberra Liberals have headed into and the party’s extreme conservatism. These conservative values contradict the party’s Liberal principles. Unfortunately I can’t see the party getting out of this mess. This is a predicament that is bad for democracy and voters in the ACT!

I’m sorry Estelle but if you’ve aligned yourself with the man made climate change brigade then, yes, you are from the far left.

Winners are grinners and that photo says it all!! Won’t the Canberra Liberals and their young Liberal toadies be all over this! Those rotten lefties and their climate change donors making the largest contribution to David Pocock’s campaign of any electorate in Australia! Not to mention all of that money to oust their boy Zed!! Let’s not mention all of the money the Liberals have amassed over the years from mining companies, big tobacco, junk food manufacturers and property developers!! Yep what goes around comes around!

Good on them, and on the thousands and thousands of volunteers who worked so hard and achieved such an amazing result.

Patrick Harrington So what ?

Patrick Harrington and?? These guys have voluntarily disclosed. Not sure what your point is?

Christine Stevens Yes, I imagine they certainly could.

Patrick Harrington Good thing you’re on the job with the copying and pasting skills to save them even that minimal effort. 😉