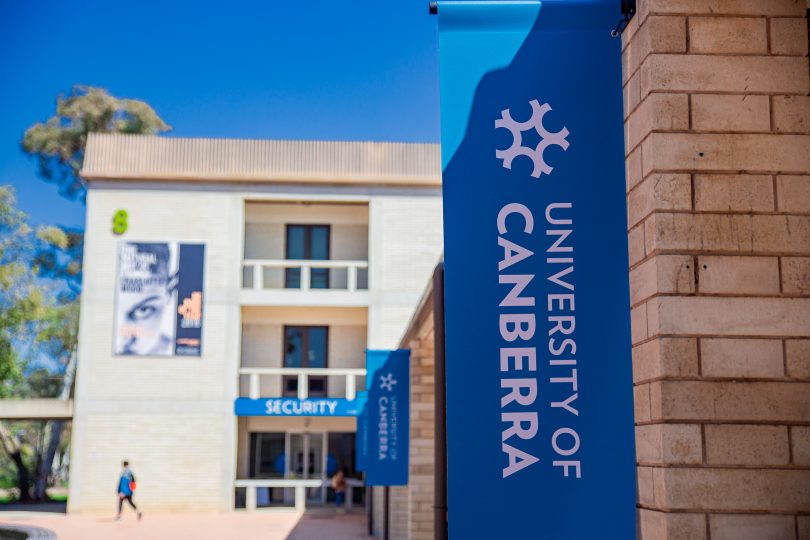 Some staff at the University of Canberra have said they do not feel safe returning to on-campus working and teaching next week. Photo: File.

Despite some University of Canberra (UC) staff claiming they do not feel safe returning to on-campus teaching and learning on Monday (7 February), the university says it will push ahead with plans to get students and teachers back to campus next week.

Dr Applegate, who is also a lecturer at UC, claimed all plans to return to campus learning and teaching were made last year in November and December – before the Omicron wave hit the ACT.

He said most consultation with staff also occurred in this period.

“Since Christmas, we’ve had this major outbreak, but [it seems] UC hasn’t even thought about the issue,” Dr Applegate noted.

Chief Minister Andrew Barr has also since urged people to continue working from home where possible, which Dr Applegate said is proof staff shouldn’t be ‘forced’ to put themselves in classes where they could likely contract COVID-19. 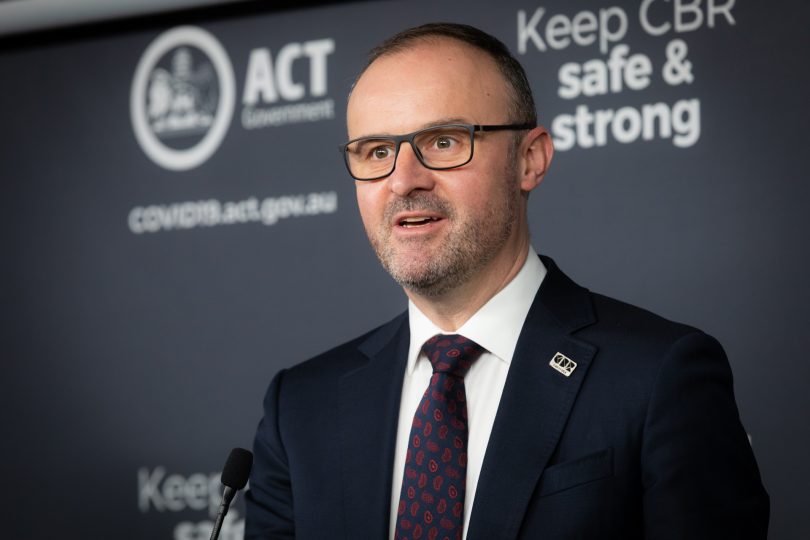 “Before Christmas, there was only a remote possibility of you [as a teacher] or another student catching COVID-19 in a class. Now it seems much more likely,” Dr Applegate remarked.

It’s particularly worrying, he said, given the prevalence of the virus among the younger demographic that largely forms the university’s student body.

The union wrote to Worksafe ACT on Thursday (3 February) to request its intervention over what it alleges are possible breaches of work health and safety laws if staff is made to return to work when they don’t feel it’s safe to do so.

Not all classes are in-person, however. Lectures are primarily online, but tutorials are mostly scheduled in-person, and for the more practical disciplines, students will be required to attend campus.

READ ALSO School RAT rollout challenging for some parents; will be re-assessed before round two

Dr Applegate said staff have been offered the option to apply for flexible work arrangements – to a maximum of two days a week at home – but the presumption is this doesn’t apply to people in a teaching role, as it’s expected classes are taught in-person.

“We have some staff who have serious medical conditions or who have vulnerable family members,” Dr Applegate explained.

“There doesn’t seem to be any allowance for them.”

But UC disputes this, saying there is a policy around flexible work which allows staff to work from home when it’s appropriate for them to do so, but on-campus learning will begin next week with safety measures in place, including the use of masks and face shields, social distancing and increased ventilation.

Deputy Vice-Chancellor Academic, Professor Geoff Crisp said the university will continue to follow the “path” set out, with students expected to return to campus next week.

He noted there would be immense disruptions to student learning if the start of the semester is delayed again given timetables have been in place for many months now.

Professor Crisp said staff who have concerns about returning to campus have been asked to discuss the matter with their manager.

“If they have a particular situation as an individual … or as a carer, they just need to have this conversation, and then we will commit – as we always have – to flexible work,” he explained.

“The university is always happy to work with our union and our staff on any concerns they might have around the safety of their working environment,” Professor Crisp said. He said staff consultation would be ongoing.

If the situation does change, UC will follow ACT Health’s advice.

It’s his view, and that of the union, that because Omicron presents a new risk, new assessments should be prepared and another round of consultation should take place.

He agrees that the best solution would be to delay the return to university campuses until “genuine consultation” occurs.

“At the very least, we’d expect to see some concrete arrangements put in place for staff who are not comfortable returning to campus,” he explained.

Crtomir Kores you have my sympathy. My daughter has just finished four years at ANU. The last two with predominantly on-line lectures, workshops etc. Some staff (a minority) probably like avoiding the students so that they get their own research and papers done. As a ANU Alumni, I tell Alexandra about doing research in libraries, interesting on campus events, sport at the gym, social interaction, live bands and afternoons at the ‘old’ uni bar, all the things that make the study bearable at times. Unfortunately this was only her experience for the initial year (2018) or so. I believe she has missed a significant event. Her graduation is 8 February (all going well), masks in place, social distancing, etc. As she frequently says “It is what it is”.

You can’t believe anything the UNI says. My daughter has no on campus classes due to covid for the 3rd year out of a 4 year double degree, but still charged amenities fees. No idea if she will be able to have a graduation this year.

It’s a couple of staff members not the whole cohort, majority voted to return and have

Zoom lectures are not the same as face to face learning – especially for practical subjects with labs or tutorials..

Double and triple vaxxed…. masks….. and still worried. Meanwhile my kids are back in primary school with their teachers.

That’s almost laughable…. If the teachers of primary school can go back, then I’m pretty sure uni stay can go back.

Have to start sometime. You are no different to the rest of us. Do not stop people from a education. Please!!!

They did this last year when everyone else went back to school and work. Get over it. We are all vaccinated in Canberra.

Simply find an alternative method that meets your beliefs.

3 months off was not enough ?.

Uni students should be at uni. They also need to be vaccinated!

Carin Covid but if the teachers are fully vaxxed, what’s the problem?
If the vaccine is working as per narrative (& they are as safe as can be), then school & uni students should be able to attend face to face classes

Teachers are back in schools. Seriously…….

Elspeth Shannon Rollason And every day is loads of fun! I love asking kids to please put their mask on properly or at all. It’s a futile exercise. And as for “cohorting” LMFAO! The kids are NOT following COVID safe practices and teachers are unable to enforce them. They still share used chewing gum, vapes, drink bottles and bites of each other’s food ffs. It is not safe.

Cate Dawson but guessing you are fully vaxxed, – so you are as safe as possibly can be – at school or outside anywhere else – right?
I’m sure you are still wearing your mask and not ‘share used chewing gum, vapes, drink bottles and bites of each other’s food’ ..

Sorry uni folks, if they weren’t going to do this for high schools, you’ve got buckleys chance

Paul Leins I think UNI is different. Only students are affected if it shuts. In primary and secondary schools not only are students affected but parents as well as they are staying home to supervise which then flows onto businesses and gov. departments. That’s why you will not see schools shut down. Government needs the tax money for the economy.

University education is one of our big exports. The govt wants that apparatus up and running.

Students need to return, they are a highly vaccinated population, no reason to delay. Two years of online learning has a huge impact on the quality of education being delivered and on the mental health of our young people. If online learning is to continue then university fees need to be reduced. 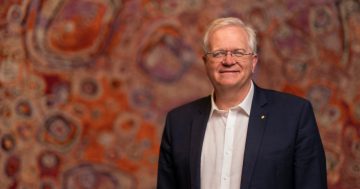