UC Student gives up bed to sleep on the streets 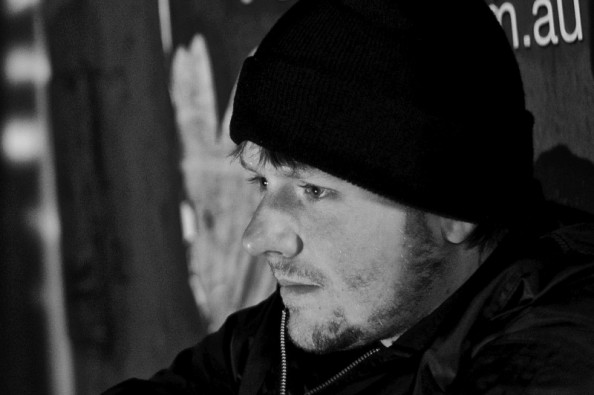 A student at the University of Canberra will give up the comfort of a roof over his head for 20 nights to raise awareness for homeless youth.

On Wednesday 10 July, 23 year old Nathan Beer will travel to the streets of Melbourne’s CBD to live until 20 July in an attempt to accurately capture the daily hardships of the homeless.

Mr Beer is hoping to document his experience through photography in order to present life on the streets for the public.

“There’s a disillusion of what homelessness is in Australia” said Mr Beer. “I just want to change everyone’s perception. People seem to have an idea that homeless people are there for a reason- that its a life decision and a consequence.”

“(The homeless) are regular people who have experienced unfortunate events in their life that has led them to become homeless. Its due to the fact that they don’t have the same support network and guidance that we have.”

“The largest numbers of homeless people are youths and they’re also the most vulnerable.” Mr Beer explained.
The project begun earlier this year following a personal experience. Upon applying for public housing Mr Beer was informed of a two-year waiting list.

“I was unhappy with my living situation and thought how lucky I was to have a house and still ungrateful enough to not appreciate it” he said.

By living in Melbourne’s CBD, Mr Beer is hoping to share his experience with the wider community to convey the everyday hardships of over 100,000 Australians. Over 20 nights, he will partake in an extended version of already existing initiatives to raise awareness for homelessness, such as the Vinnie’s Sleep Out.

“I feel like this is a real challenge. There’s no pancake breakfast the morning after. It’s the real thing.”

In addition, Mr Beer will be raising funds and has set up a donation page for non-profit Melbourne-based organisation

To donate money to The Lighthouse Foundation via Nathan’s page, visit: http://www.gofundme.com/20ColdNights

For more information about The Lighthouse Foundation, visit: http://www.lighthousefoundation.org.au/

Is he going to let a homeless person have his bed while he’s away?

Peter Hyde - 2 hours ago
Margaret Dudley because eventually there will be light rail from Woden/Tuggeranong, Belconnen and Gungahlin to the city rathe... View
Yuri Shukost - 9 hours ago
Barr will find any reason not to build a new stadium or renovate the existing one. I suspect he’d find the money if it affe... View
Fred Pilcher - 10 hours ago
Good news. Sanity prevails. View
News 64

Suz 'olmes - 4 hours ago
How about something nice? Invest some money to clean up the tavern and make it more family friendly or a space for cafes. No... View
Jenny Keeley - 7 hours ago
I already have 3 McDonald less than 10 minutes from my house. Put something else there, anything else! View
Chris Goodrum - 13 hours ago
Many Happy New Years Eve’s spent there, met my partner there many many years ago! It should be heritage listed not knocked... View
News 19

Julie Macklin - 6 hours ago
And that is the most constructive comment you could come up with 😂 View
Warwick Alsop - 8 hours ago
Gotta love those NIMBYs View
Marea Fatseas - 10 hours ago
Who said the proposed facilities in Fyshwick are “going green”? How is CRS recycling just 5 percent for local use, export... View
Breaking 1

Valleyboy - 6 hours ago
NSW has every right to protect itself from potential threats from any prospective entrants, including ACTians. The ACT also h... View
Property 54

Chris Endrey - 13 hours ago
Who is most immune to hardship, who is pampered most, living the life that even the Gods would envy? The answer, clearly, is... View
Spiral - 13 hours ago
"But that is, of course, not true – our society chooses to devalue the arts because the focus of all of our energies is mon... View
Acton - 16 hours ago
Many, if not most in the arts community have long shown utter contempt for us in the broader community and made a living out... View
News 15

Jim OR - 16 hours ago
Imagine a border lockdown between the two... View
News 53

@The_RiotACT @The_RiotACT
$100,000 reward on offer for information that helps solve the mysterious disappearance & suspected death of Amber Haigh in 2002 https://t.co/0U5m9hj9rv (2 hours ago)

@The_RiotACT @The_RiotACT
Interested in purchasing a home through the land rent scheme? Check out this beautiful four-bedroom home for sale in Moncrieff https://t.co/C8dibvyzPU (4 hours ago)