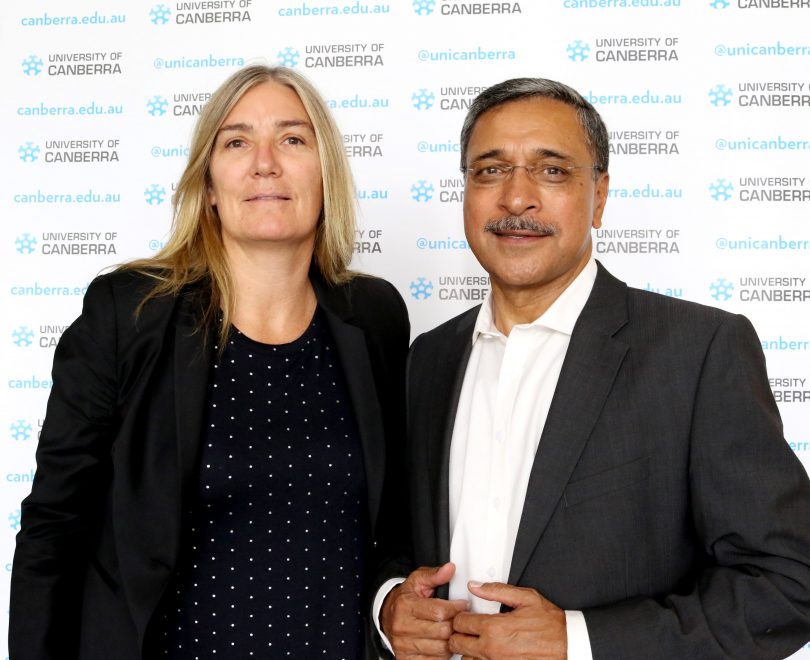 University of Canberra Vice-Chancellor and President, Professor Deep Saini has cut short his term so he can return to Canada, after less than three years in the role.

UC said Professor Saini had been appointed President and Vice-Chancellor of Dalhousie University, but would be continuing in his current role until 24 December 2019.

Professor Saini was selected as Vice-Chancellor for the University of Canberra following an international search and commenced in September 2016.

News of his departure comes as the University settled a long-running dispute with staff over their Enterprise Agreement.

UC said staff had voted in favour of the new agreement with a 77 per cent majority. A total of 804 individuals had voted, which is 51 per cent of the voter roll.

“We have listened to our employees and collaborated with the National Tertiary Education Union and the Australian Manufacturing Workers Union to deliver an Enterprise Agreement which supports a culture of fairness through job security, wages and working conditions for our valued staff,” Professor Saini said.

The new Enterprise Agreement will come into effect after approval from the Fair Work Commission.

The current agreement will continue till then, except for UC honouring the increase to paid primary carer parental leave at 30 weeks.

The University said that under Professor Saini’s leadership UC had embarked on its current Strategic Plan, which had seen it rise to 58th position of young universities in the world and close to entering the top 1 per cent of all universities.

“While it is undoubtedly sad to leave UC when the university is on such an impressive trajectory, the opportunity at Dalhousie—one of Canada’s leading universities—is also exciting,” said Professor Saini. “The move will allow my wife and I to deal with the considerable challenges we’ve had managing our family commitments.”

“In the seven and a half months I have left at this incredible institution, I will be focusing all my attention on finishing the projects I have started. We have an immensely talented team in place here at UC, and I look forward to strengthening the bonds between Canberra and Canada’s leading institutions into the future.”

Professor Saini had overseen the growth of the UC Sports Precinct, and the opening of the state-of-the-art University of Canberra Public Hospital and Canberra Specialist Medical Centre.

“I would be leaving UC with much pride in what we’ve accomplished together and a deep sense of gratitude for the warmth my wife and I received from the University and the Canberra community,” said Professor Saini. “I am fortunate to have had the opportunity to live in two of the best countries in the world, and I look forward to continuing to build academic bridges between Australia and Canada.”

The University will commence a search to find a suitable successor.

Chief Minister Andrew Barr and Minister for Higher Education Meegan Fitzharris acknowledged the contribution Professor Saini had made to the University and Canberra.

“Professor Saini’s commitment to our city, his energy and enthusiasm for learning have been highly valued, not just by students, but also to the ACT Government’s VC Forum, driving even greater collaboration with other higher education partners in Canberra,” Mr Barr said.

Ms Fitzharris said it was a privilege to join Professor Saini recently for the official opening of the Melanie Swan Memorial Translational Centre at UC.

“Professor Saini’s leadership and commitment to getting the Melanie Swan Memorial Translational Centre up and running highlighted his passion for research and improving peoples’ lives,” she said.

“Cancer research is so vital, and it’s wonderful that UC has been able to establish this ground-breaking new research centre, which will allow doctors to test if a cancer has spread, and is a moving memorial to local mum Melanie Swan who passed away in 2016.

“The ACT community thanks Professor Saini for all his work and we know we will continue to have a close friend in Canada when he returns to his family. We wish him all the best in his future endeavours, and in the meantime we look forward to continuing to work with Professor Saini over coming months.”

UC Chancellor Professor Tom Calma AO acknowledged Professor Saini’s leadership and enthusiasm, guidance, compassion and care for people during his term as Vice-Chancellor and wished him well in his new role.

Isn’t this the fellow who asked staff to dip into their own pockets and give $20 a week to make up the shortfall in assistance to students?

This VC has left only halfway through his contract and we can all imagine why. He seemed out of his depth and there is hardly one success story he can claim as his own as they were all instigated by the previous VC. Unless you work at UC you can have no feel for what a great day this is for staff. Sadly, too many good staff jumped from the sinking ship under his command and the future for UC is questionable unless they can make an outstanding appointment to replace him. UCs voice survey will be sent out on Monday and the results of that will be devastating. I believe he saw the writing on the wall and knew his time was up. Credit to him for that. Happy Days Are Here Again.