“Significant” crewing issues resulting from staff shortages, increasing workforce demands, fatigue and illness have all been cited as reasons why ACT firefighters stepped in to assist paramedics over the weekend.

On Saturday (4 June), an additional ACT Fire and Rescue (ACTF&R) crew was stood up to provide medical assistance to low-risk category incidents.

An ACT Emergency Services Agency (ESA) spokesperson stressed this was not as an alternative to an ambulance but was a “precautionary measure”.

“It was in conjunction to ensure care arrived as quickly as possible and to assist with frontline prioritising,” they said.

“The ACTF&R crew and pumper was not, and would never, replace the role of an ambulance or paramedic.”

The ACTF&R crew responded to three “medical assist” incidents on Saturday where an ambulance was already on scene.

The ESA spokesperson said it was standard practice Australia-wide for fire and rescue services to respond to incidents and provide lifesaving support until an ambulance arrived on scene.

“This is a benefit to working in a collaborative agency, with a centralised business model to ensure the safety and care of the community is prioritised,” they said.

“The additional crew was not required by ACTAS [ACT Ambulance Service] to assist outside of the normal (‘business as usual’) support operations. All ACTF&R pumpers are equipped with basic life support equipment including an advanced first aid kit, an advanced oxygen resuscitation kit, and a defibrillator and all members have first aid training.”

The ESA spokesperson said the ACT was not immune to the pressure felt by ambulance services nationally but that all ambulance service jobs were prioritised based on each individual incident.

“Despite actions taken by the ESA to manage staffing matters, which have arisen predominately as a consequence of the challenges COVID-19 has posed to all health professionals, rostering issues are continuing to be faced,” they said.

“Although the ACT Ambulance Service (ACTAS) currently has adequate staffing numbers to fill minimum rostering requirements, the ongoing pressures from the pandemic, the seasonal health challenges and the increasing workforce demands will continue to strain the service.

“The ESA continues to work with ACTAS to explore opportunities to sustain and enhance ambulance services to the Territory.”

United Firefighters Union ACT branch and national president Greg McConville said while firefighters were always prepared to assist other emergency services, this was the first time an “additional appliance” had been rostered specifically to cover a stated shortage.

“There is no doubt that having adequate numbers of trained paramedics to attend to emergencies is preferable,” he said.

“It is concerning that two additional fire trucks committed to in our enterprise agreement have not been deployed, yet an additional appliance can be deployed to cover a shortfall of paramedics,” he said.

“The resources committed to by the ACT Government are not translating into additional trucks on the road or new fire stations.”

The Canberra Liberals have slammed the government, stating a fire truck was used to respond to a priority 1 emergency call.

Emergency Services shadow minister James Milligan said the government had broken its promise to get more emergency services staff on the ground.

“It is unacceptable in this day and age that firefighters should be used to respond to medical emergencies, other than to support the work of their ambulance colleagues,” he said.

“Two years ago, the Minister [Mick Gentleman] promised more staff on the ground for ambulance and fire and emergency services. There were to be another 99 staff employed. Yet to date, we have only seen another 36.”

Mr Milligan said it was “no longer good enough” to blame COVID for the shortages.

“We are aware that this situation continues; however, we have lived with the virus for the last two years and Canberrans could reasonably expect that there would be enough paramedics on the ground to fully staff all ambulances,” he said.

“I understand that there are two levels of crewing, the minimum level required to respond to the needs of the ACT community and a relief crew. But on Saturday night, neither were at full complement. Leaving the only option for the firefighters to respond.”

Mr Milligan said while it was “good to know” firefighters were trained to respond to medical emergencies, they aren’t paramedics.

“Firefighters are trained to give assistance to the ambulance services but it’s limited to first aid, CPR, advanced resuscitation and, of course, assisting with difficult patient transports,” he said.

“That they were then used to respond to a priority 1 is unacceptable. What is the government spending their money on, if not on more frontline staff?”

The ambulance service has been under staffed with poor roster organisation for a long time, burn out and sickness were inevitable. Shame on the Health minister for undervaluing this profession, they provide a very necessary role in our society.

Now the election is over , received Barrs propaganda in the mail which suddenly discovers that there is infrastructure spending in the ACT that is part financed by the Aust Govt meaning the previous govt. Barr you are a disgrace

This is a normal practice for act fire and rescue support the ambulance service. Personally I would like to see how the funding works for both services in regards to staffing and asset procurement. Maybe the spread of funding across services would be beneficial for all to increase staffing levels for ACT ambulance and maybe this could reduce the call out rate.

We have called for an ambulance many times in the past, only to have a fire engine turn up to assist until an ambulance has arrived… I speak from 30 odd years of experience in the ACT with sick family members… are we saying that things are different now from those many many many times before?

Whilst the fact that there is such a significant shortage of Ambulance staff is concerning, I think it is good we have a appropriately trained Fire Brigade who can assist. The main thing is that the Community was getting the help needed. Some of the staff shortages among first responders, nurses, teachers etc are due to those choosing not to be vaxed not being allowed to work. Perhaps now that we have such a high number of people vaxed it is time to review this policy. Some of the shortages are due to insufficient new staff have been recruited over the last few years. The numbers don’t seem to be enough to cover the number leaving. More probably needs to be done to protect the mental health of our first responders, they need more resources and probably more pay.

I think it’s great that the firefighters can step in to the roll, it should be like that always 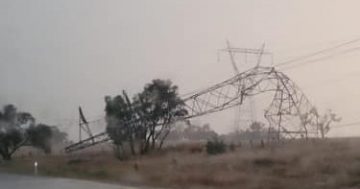