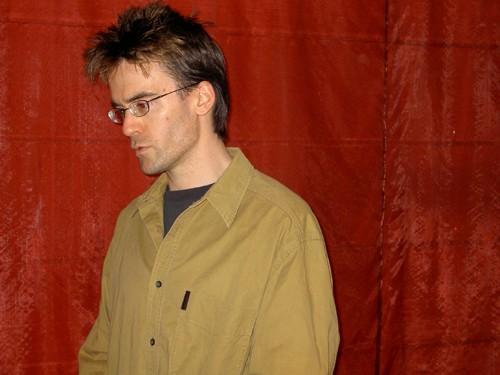 Today Unearthed Review is angsting up 80s style with Mog.

Today’s random selection is Mog who has this to say about himself:

Mog’s songs are evocative and edgy, featuring a unique blend of angst, humour and insight.

Mog was also a Runner-Up in the UK-based We Are Listening 2008 Singer Songwriter Awards and received several semi-finalist placings in the 2008 and 2009 UK Songwriting Contest,

Mog has written over 60 songs and made several albums. His latest album “Nine” was released in July 09 – available on iTunes.

Um, and he’s from Canberra? Well his unearthed profile says he is. As does his myspace.

It’s the soundtrack to a John Hughes film goddamit!

Seriously, trot over to Unearthed (Mog has triple listed himself as Mog, Mog* and Mog**) and have a listen.

Then let the magic of YouTube timewarp you back to when Molly Ringwald was the most desired woman on the planet with the good old Psychadelic Furs:

I can’t get enough of this old school indie rock.

It is good. Now, where in Canberra do you see this type of music?

Sadly, original venues are few and far between. The Phoenix has original music as does The Basement, Pot Belly, The Front, plus a few others.

It is good. Now, where in Canberra do you see this type of music?

You’re right, this is great, I’m off to find his album on iTunes! Nice find.

Philippa Nitsche - 7 hours ago
And Geocon is going too far in Woden also when they build “Wova” on the old tradies site 24 , 16 ,12 & 10 stories Across... View
Darron Marks - 7 hours ago
So in Gungahlin it is ok to build massive residential slum towers but god help you if you build an 8 story apartment complex... View
Toshak Akita - 9 hours ago
🤣🤣🤣....someone smell an election..🤔 View
Opinion 40

James Nomis - 9 hours ago
Justin Watson Ummm, yeah...the blocks are smaller and the inclusions are modest. It's the first rung on the housing ladder fo... View
Justin Watson - 13 hours ago
It is impossible to make pockets of affordable housing, without cutting the block size or something else. You can't sell a ho... View
News 6

Pip Cleary - 13 hours ago
We drove down on the weekend and had mobile reception (Telstra) nearly the whole way down. I presumed it was because of the l... View
Ricky Toms - 14 hours ago
Hopefully Vodafone View
Ann Parker - 18 hours ago
A lookout would also be lovely View
News 6