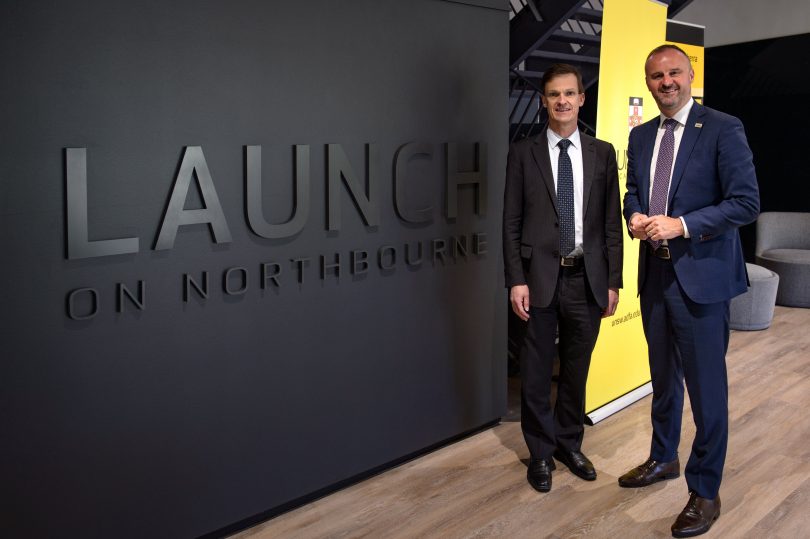 University of NSW Canberra has taken the next step in expanding its presence in the national capital with the opening on Northbourne Avenue of a new collaborative workspace dedicated to the defence, technology and security industries.

Called, appropriately enough, Launch on Northbourne, it will bring together industry, government and academia with three floors of secure workspaces, private offices, meeting and presentation rooms and event spaces to grow innovation and capability in the defence and security sectors, including a cohort of start-ups.

UNSW Canberra Rector Michael Frater said Launch on Northbourne was designed to build relationships between these stakeholders and to be a central part of Canberra’s growing innovation ecosystem.

“Canberra presents a unique environment. In addition to hosting a wide range of educational institutions, it is also home to the largest concentration of defence and national security agencies, assets diplomatic networks, and industrial organisations in Australia,” he said.

Professor Frater said the space would allow universities and small business to work together to build innovative products.

He said small business needed networks to grow and precincts like this allowed it to interact with others in like industries.

There would also be opportunities for students to work in the businesses involved to further develop their skills.

Mr Barr said he was personally committed to a rapid expansion of these sectors and Launch on Northbourne fitted perfectly with the ACT Government’s growth agenda.

“It’s a very smart and strategic move on behalf of UNSW, and highlights the importance of tertiary education in the city,” he said.

Mr Barr said the new precinct would contribute to the diversification of the ACT economy and help create the sorts of jobs that appealed to not only university graduates but also VET graduates because of the technical skills required.

The ACT Government continues to talk with UNSW about plans for developing a campus in Reid on Constitution Avenue, particularly when CIT moves to the new Woden campus announced recently.

David Jenkins - 4 minutes ago
Road rules aren't the same as licencing 🤷‍♂️. Make up your mind which you're going to have a whinge about. Given hor... View
Claudio Neumann - 5 hours ago
Jesse Pricsina I feel these vibes very strongly. also get off my lawn darn kids with their scooters View
Michael Ilsley - 5 hours ago
I love scooters, fabulous! View
News 25

Phil Ebbott - 8 minutes ago
Robert Knight that's an opinion Rob. I'm guessing you don't like the Sirius building in Sydney either? View
Robert Knight - 32 minutes ago
Gill King oh, I get it. I grew up here and spent many a weekend night watching movies there. I understand it’s cultural val... View
Virginia Dodson - 2 hours ago
Let’s hope it’s heritage listing has more credibility than that of Anzac Hall at the War Memorial. Terrific that an inter... View
News 12

The ACT Government has plugged into the market to spark interest in contributing to the Canberra Big Battery initiative, a...
News 25