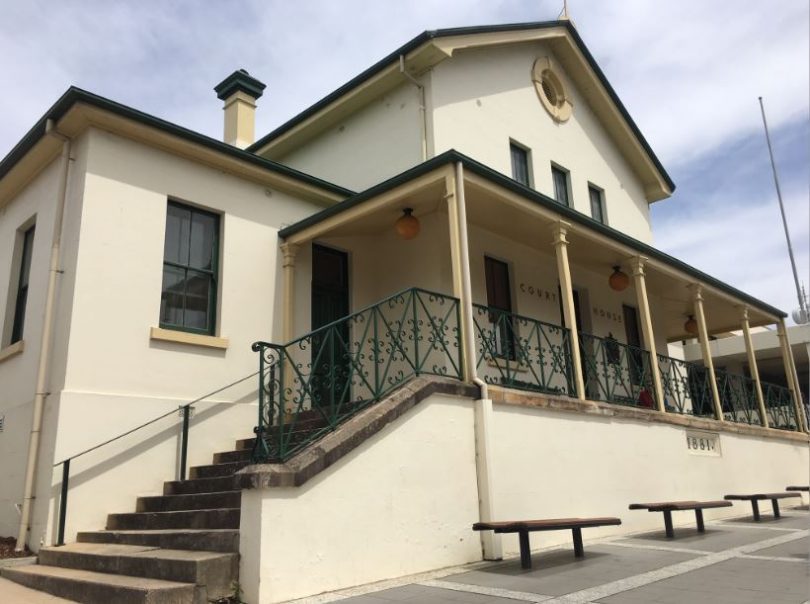 Maurice Van Ryn has been unsuccessful in having his name suppressed as new allegations of sexual trauma against young people on the Far South Coast progress through the Local Court system.

The former Bega Cheese executive is currently serving 13 years in jail for abusing nine girls and boys in southern NSW between 2003 and 2014. Yesterday’s (October 23) proceedings before Magistrate Doug Dick in Bega Local Court allegedly extend and deepen his impact.

The 62-year-old did not appear in court today or enter a plea to fresh charges relating to alleged offences in 2010 and 2011. The new charges include three counts of aggravated sexual intercourse with a person aged between 14 and 16, two counts of sexual intercourse without consent, and one count of indecent assault of a person under the age of 16.

Through his lawyer, Van Ryn presented a number of reasons why his name should be suppressed outside of the courtroom.

Magistrate Dick, who continues to pronounce Van Ryn’s name incorrectly despite having a history with the case, pointed to fears Van Ryn has for his safety in jail, the safety of his family, inability to receive a fair trial, and Van Ryn’s concern for his previous victims.

Magistrate Dick suggested Van Ryn had no right to speak on behalf of his victims, before refusing to grant the suppression order. Instead, he ruled to maintain the principles of open justice and allow the media and the broader community to report on and scrutinise the proceedings.

Statutory restrictions remain in place around protecting the identity of victims.

Speaking outside court, local ambassador for the children’s advocacy group Bravehearts Ken Steele expressed his sadness at learning of the new charges.

“It’s not unexpected that we find further charges have been presented against Maurice Van Ryn. We are very proud that the education campaign brought to the region previously by Bravehearts may have been part of the impetus for these people coming forward,” Mr Steele said.

“We hope that Van Ryn enters a guilty plea so as to minimise the impact on his victims.”

With Mr Steele’s support, the local media (Fairfax, ABC, East Coast Radio, About Regional) gathered for today’s court proceedings were preparing to speak against the suppression order, however, that wasn’t necessary.

“It annoys Bravehearts greatly that accused perpetrators apply for suppression orders to protect their own name, to protect themselves,” Mr Steele said.

Upon hearing that Van Ryn was using the feelings of his victims as a reason why his name should be suppressed, Mr Steele said he was disgusted.

“It goes to show the level of game playing this man will go to in order to protect himself,” he said.

“I was very gratified to hear Doug Dick’s legal reasoning as to why he refused the application today.”

When asked to comment on how Van Ryn’s victims were feeling, Mr Steele took a moment.

“Time hasn’t healed all wounds, I think there is a bit of reflection taking place, most of those people are now adults and their lives are not the lives that they should be,” he said.

“We saw that in the National Apology yesterday, so many broken lives and what Van Ryn has left in his wake is similar – damaged people.”

Van Ryn has pleaded guilty previously. Those matters will keep him behind bars until April 2028. Proceedings around these new charges will return to Bega Local Court on December 18.