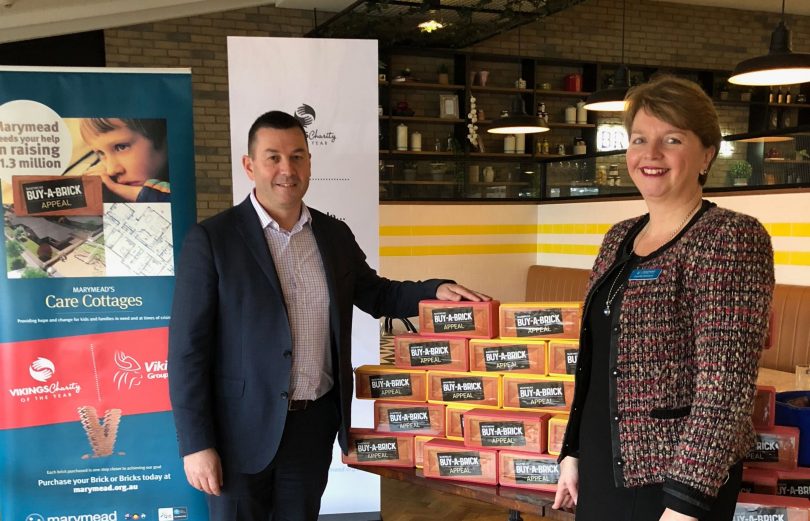 The Vikings Group has announced a partnership with Marymead as its Charity of the Year for 2018, pledging to raise $100,000 to help build short-term crisis accommodation for children and families in the ACT and surrounding region.

The money raised for the not-for-profit organisation, which provides mental health support services and accommodation for vulnerable young people and their families, is the largest fundraising goal Vikings Group has set for a single charity and will be a part of Marymead’s Buy a Brick campaign.

The Charity of the Year program, which is currently in its third year, has raised over $140,000 in support of local charities. Vikings Group CEO Anthony Hill said raising money for organisations like Marymead was a privilege.

“Coming into our third year running the program, we have committed ourselves to our highest fundraising goal. It will be challenging, but it is a challenge worth accepting,” Mr Hill said.

“Marymead provides an invaluable service to the community, which we want to recognise and support. Family values and cohesiveness are at the heart of Vikings Group, and we look forward to building a strong partnership with Marymead.” 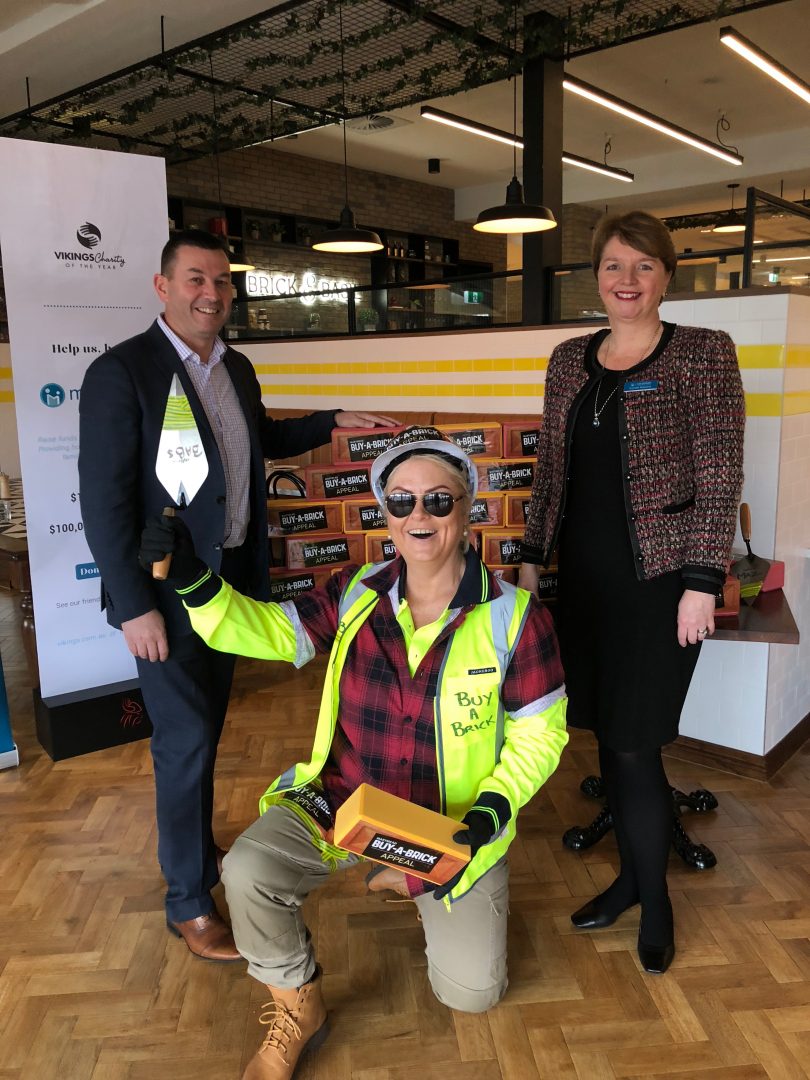 Marymead’s chief Camilla Rowland said the partnership between Marymead and Vikings Group will make an exceptional difference to its Care Cottage fundraising initiative.

“We’re extremely grateful to Vikings Group for selecting Marymead as its new Charity of the Year,” Ms Rowland said. “This opportunity will contribute significantly to our Care Cottage project and help us achieve our mission to provide hope and change for children and families in crisis.”

The Viking’s 12-month Charity of the Year program includes a variety of fundraising initiatives run throughout the year including trivia nights, Yoga on the Greens and a Vikings Rugby Charity Day to name a few.

This year, Vikings are also encouraging Canberrans to ‘Buy a Brick’ as part of the campaign to contribute to the construction of the Care Cottages. To support Marymead’s efforts to build accommodation for young people and families, buy a brick by clicking here.

Rauny Worm - 10 minutes ago
There will sadly be a negative flow-on effect for the entire creative sector , and not just in Canberra. View
Community 13

Ben Roberts - 1 hour ago
What dates next year for Northside? View
Emma Not-Bad - 9 hours ago
Steph Rans oh my GOSHSHSHSHSHSHSHSHS I WANT TO View
Ellen Thomas - 11 hours ago
How good! View
Opinion 14

Nathan Stack - 8 hours ago
Harry Vallianos no its realy not, its pretty well on the money View
Neville Betts - 10 hours ago
Lee McDowall I agree, the liberal National federal government ignore pensioners & self funded retirees. The kick those at the... View
Farg Gough - 11 hours ago
Not a great deal of evidence in your response Brian Windsor. Care to elaborate? Cite a source?... View
News 51

Susi Hewatt Bauer - 9 hours ago
Geri Zeiler perfect for you guys 🐎 View
Daymien Clydesdale - 12 hours ago
Daniel Lewis its an omen....see the name of the property. View
News 1

Toni Isaacson - 10 hours ago
It is not only about what is allowed. It will greatly depend on people's confidence in going to larger events, especially bef... View
Lifestyle 1

William Coats - 14 hours ago
I hope lots of businesses get involved. I hope it is really easy for them to take part. I assume all the small business knowl... View
Opinion 26

William Coats - 14 hours ago
Lee McDowall and he personally probably wont face the people again. It is good of the union not to strike until the week afte... View
William Coats - 14 hours ago
Nathan, The ACT is run as a union town, unless we complain nothing will be done. "fix my street" is the perfect example, why... View
show more show less
*Results are based on activity within last 7 days

Chief Minister Andrew Barr comes back to work today after a post-election break and needs to clean a couple of...
News 24

Canberra Avenue has taken the dubious title of having the most motor vehicle accidents in the ACT, according to new data...
News 16

@The_RiotACT @The_RiotACT
As sport returns after the COVID-19 tumult, let's make it better. Let's start by getting rid of the abuse of officials, players and other fans https://t.co/cZ0VfbMcP7 (17 minutes ago)

@The_RiotACT @The_RiotACT
'With One Voice' is starting its second Canberra choir and they're inviting everyone to have a go at a workshop Wednesday night in Gungahlin https://t.co/AA21xBsz1w (9 hours ago)

@The_RiotACT @The_RiotACT
Proud parents of adopted RSPCA animals share how their COVID-lives have been enhanced with their new forever friends https://t.co/gpmCbdgwat (10 hours ago)