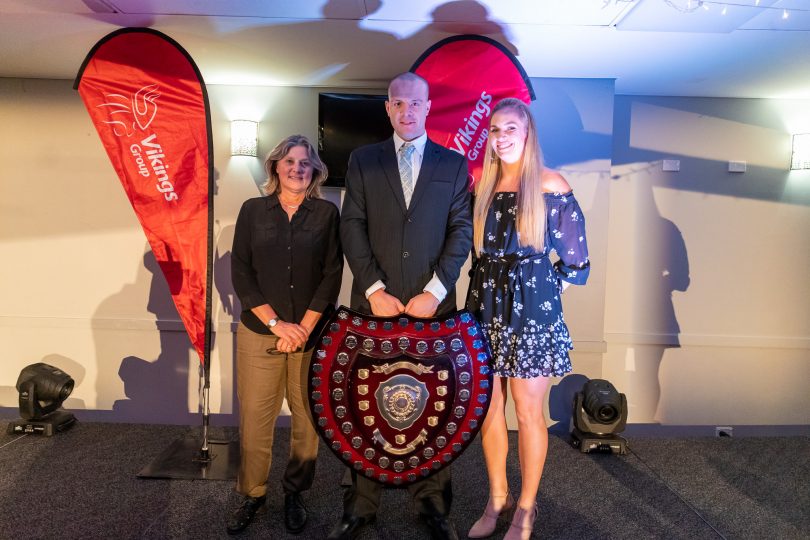 INAS Global Games are a member organisation of the International Paralympic Committee, with athletes like Josh competing against others from 75 different nations. Josh was part of two world record-breaking relay teams and won two individual silver medals in the 400 metre and 1500 metre freestyle events.

“It’s an honour to be surrounded by very passionate and talented individuals, all the winners and the nominees should be proud of their achievements, and we’re looking forward to seeing how they progress in the future,” Vikings Group President David Assenheim said.

Colby Eddowes received the ActewAGL Shield for Outstanding Junior Sporting Achievement. The South Canberra Tuggeranong Athletics Club member shone at the Australian Junior Athletics Championships, winning a gold medal in the under-18 decathlon, silver in the under-18 long jump and 110 metre hurdles, and bronze in the under-18s high jump and pole vault events. 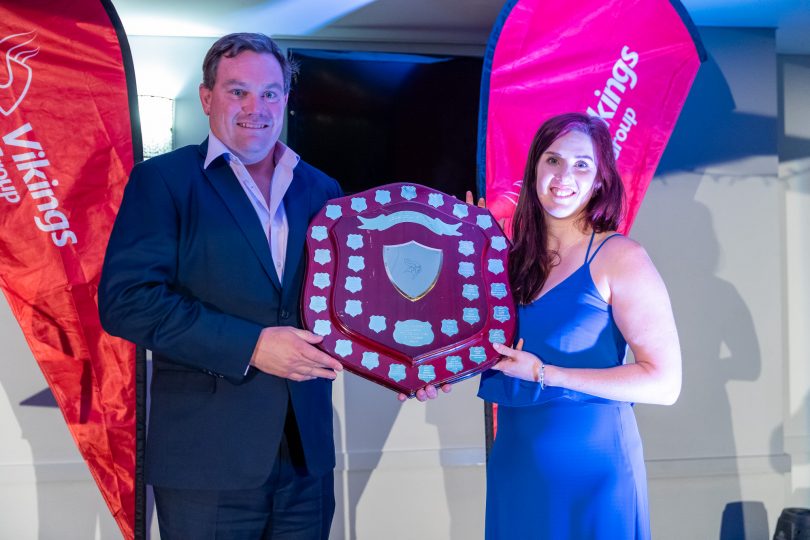 Ten scholarships were presented to young Tuggeranong Valley athletes to help them pursue their sport and continue their education. Vikings Group has been offering scholarships to young athletes for the last 30 years and has provided over $870,000 to around 620 scholarship recipients.

“Supporting our young local athletes is an important focus of ours. These Scholarships recognise and reward our local athletes whilst providing some assistance towards the costs that they incur competing in their chosen sport. They also provide an important link between our schools and sporting community here in the Tuggeranong Valley,’’ Mr Assenheim said. 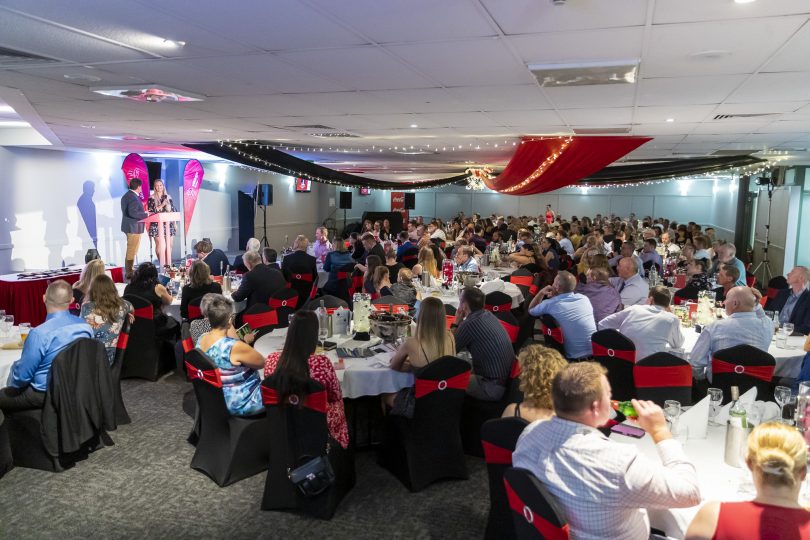 This year, as part of the Vikings 40th birthday celebrations, the awards included a community champions category. Vikings Community Champions Awards recognised people who have helped the group build a sense of community, foster and encourage sport participation and social connectivity.

Vikings Group President David Assenheim wanted to acknowledge the contribution of volunteers to local sporting clubs with the Community Champions Awards and called them the backbone of the sporting clubs of Tuggeranong.