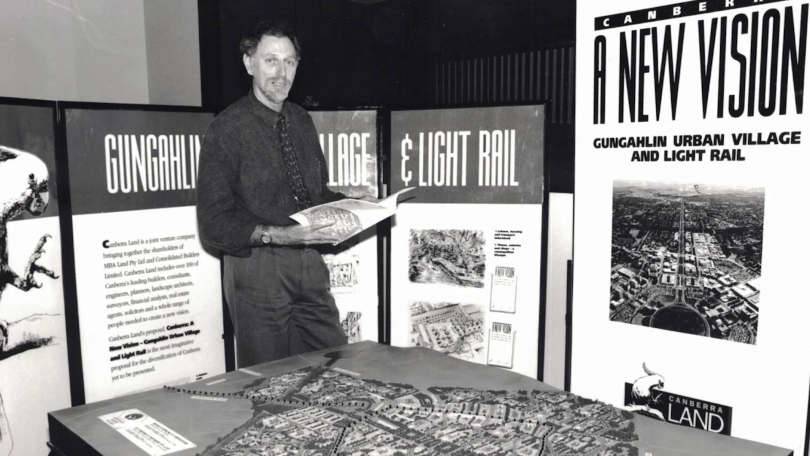 Village raised the potential of light rail to connect Gungahlin to the city via a series of villages decades ago. Photos: Supplied.

Bob Winnell from the Village Building Company has good reason to look contented as he considers 30 years of development in Canberra.

From pioneering the idea of a tram to buying up the Big Banana (and continuing to own a banana plantation), he’s now a long way from the battling builder with big ideas about knitting our community together into a series of villages.

“We’ve had a good slash at everything we tried,” he says with a grin. “I think you could say that we were often well ahead of our time.” 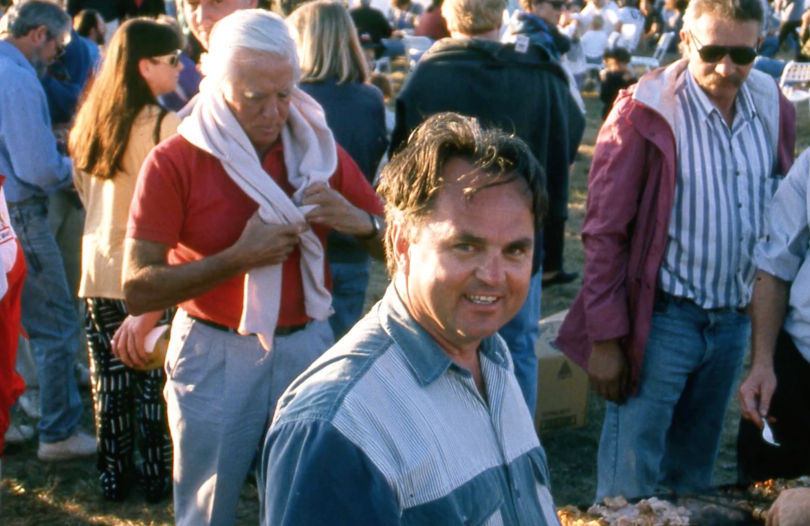 Village is celebrating three decades in the industry as one of the shaping forces in Canberra’s growth. They started with a clear intention to service the entry and lower levels of the market with well developed, well thought out housing, making it possible for families and younger buyers to enter the market.

Village Building Co. is celebrating three decades in the industry as one of the shaping forces in Canberra’s growth. Region Media’s Genevieve Jacobs spoke with founder Bob Winnell and CEO Travis Doherty about how the company has evolved, its approach to connecting communities, and what’s ahead.

The figures are startling in their sheer size and scope. Throughout its 30-year history, Village has completed 15,651 homes and are currently managing a land bank of projects under development which will create a further 2,679 dwellings. Of these total 18,330 dwellings, 12,198 have been located in the ACT: at one stage Village supplied 85 per cent of the affordable housing in Canberra. 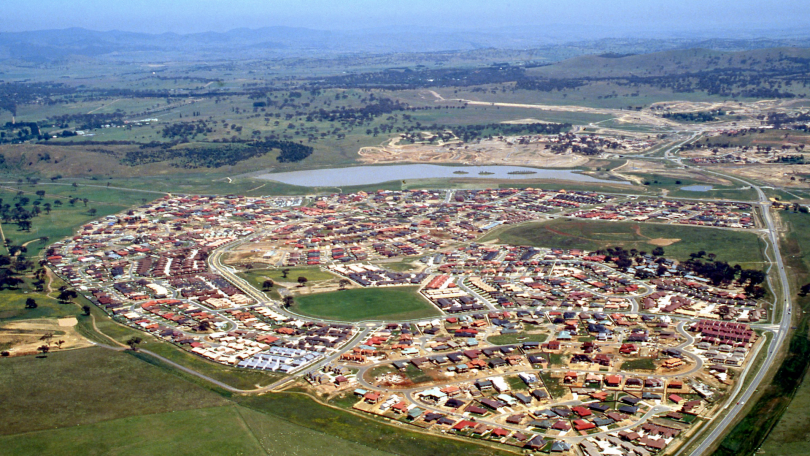 Village’s substantial contribution to the community encompasses close to 20,000 dwellings in Canberra and the surrounding region.

They’ve never been interested in the so-called McMansion developments and Bob says Village consciously went against the building trends. “We wanted to service the diverse demographics of Canberra,” he says.

“I believe that providing less and less affordable housing has implications for Australian society that are not being addressed across the board by State and Federal governments.

“The company’s followed several principals: affordability first, and a commitment to affordable housing as an essential element of an equitable society. I’m also a big believer that public transport also increases the equity of any community. And a company should also contribute to the cultural life of the community.” 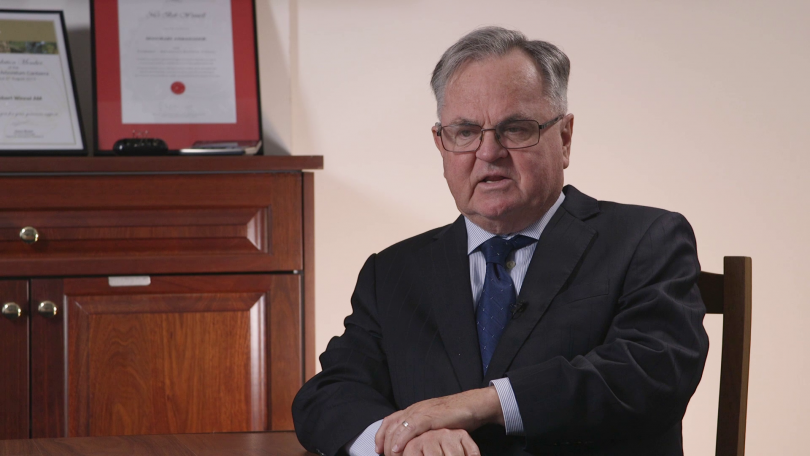 That commitment is made clear through the Village Centre at the National Arboretum, but Bob says philanthropy never works unless it’s grounded in a strong business model and a duty to shareholders who have in many cases been with him for years and feel like family.

He’s argued with successive governments over the Tralee project, now underway, and raises an eyebrow at the idea that densification is anything new. “The biggest pressure we had was leading the government towards denser building sites and building models, of small lots and courtyard buildings,” he says.

Property Council president Travis Doherty says there needs to be more trust between the government and developers. Photo: George Tsotsos.

Current CEO Travis Doherty says what the Canberra market wants is also changing. “Thirty years ago it was quarter acre blocks and the traditional idea of a house. Now affordability is a huge factor, and that means we have to be quite innovative and flexible about what we can offer to buyers.”

There are still challenges with the bureaucracy over matters like fair and efficient taxes and charges and development regulations that focus on getting the outcomes right rather than ticking every box in the process. Doherty also flags the ongoing pressures around strategic long term land supply and opportunities as an ongoing challenge for Village’s share of the market. 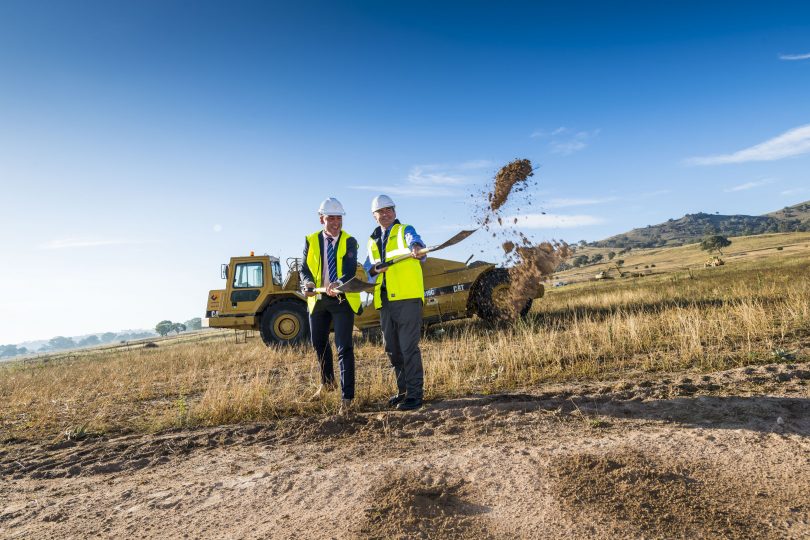 “I think Bob personifies what we’re about, connecting communities, and not just the people we build homes for but also the broader community. Loyalty matters in our industry and our shareholders and investors have also been incredibly loyal to us. It’s a good feeling as the city grows,” he says.

As their South Jerrabomberra and Weston projects (on the former AFP site) come online, the company has a busy decade ahead of it. The birthday celebrations also make it a good time to consider what’s ahead for Village.

“I think apart from being community focused and delivering good returns to shareholders you also need to have a company with integrity that bases itself on honesty,” Bob Winnell says. “You won’t always get things right, you’ll make mistakes. But you must deal with public issues in an open way.

“You cannot be a shrinking violet if you want to be an agent for change.”

nobody - 24 minutes ago
AEMO shows over the past 12 months 23% of electricity came from renewables (solar 4%, wind 11%, hydro 8%), and 77% came from... View
chewy14 - 1 hour ago
Nobody, Except no one is saying that wind and solar are the only renewable technologies available.... View
Capital Retro - 1 hour ago
In the meantime I will be storing petrol for the cost of it and the container only so when the lights go out I won't have an... View
Lifestyle 13