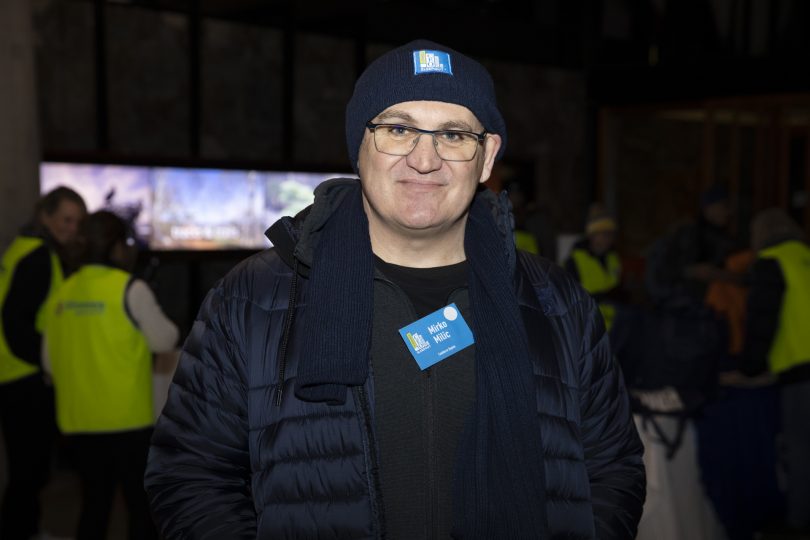 When Mirko Milic discovered two of his staff members were sleeping in their vans, it drove home how ‘invisible’ Canberra’s homeless problem really is.

The Canberra Toyota dealer principal and Vinnies CEO Sleepout veteran says ‘invisible homelessness’ is a genuine problem in our community.

Mirko has just completed his 10th sleepout, placing third on the fundraising ladder and bringing in more than $42,222 to provide crisis accommodation, food, healthcare and support for Canberra’s homeless.

While he’s always been passionate about the important work Vinnies does, Mirko says when he recently found out two of his staff were homeless, but still getting up and coming to work each day, the message really hit home.

“It was a shock to hear this,” he says. “Invisible homelessness is one of Canberra’s biggest problems.

“You might see the odd person sleeping on a bench, but most couch surf, sleep in their cars or rely on short-term accommodation in shelters when escaping a domestic violence situation. These are the people we need to be helping.”

Mirko says the two staff members were fit young guys – an apprentice and a technician – who were sleeping in their vans and going to the gym to shower and get ready for work each day.

“It was a real eye-opener to learn this was happening under my workplace roof,” he says.

This year, 162 CEOs from all across Canberra slept out in the cold at the National Arboretum on 17 June.

They raised a record $1,037,151 which Mirko says is “remarkable” compared to other cities around Australia, and given Canberra’s smaller population.

During the past 10 years, Mirko has raised more than $179,000 and he’s proud to keep supporting Vinnies volunteers, who he calls the “quiet achievers” that help thousands of homeless men, women and children every night.

He believes a lot of Canberra businesses have been fortunate during the past 12 months, and says the COVID-19 pandemic has driven up car sales and building and retail spending in the ACT, putting CEOs in a good position to attract support from their sleepout supporters. 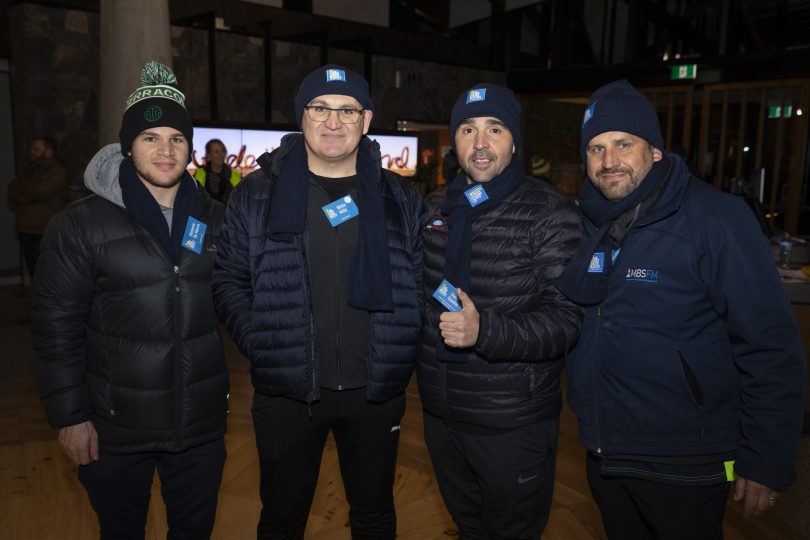 A Ronald McDonald House Charities Canberra and South East board member, Mirko’s Lexus dealership has also been a major sponsor of the charity’s gala ball in Canberra for the past seven years.

Held in March, this year’s event raised $550,000, which he says equates to the cost of running the Canberra house – located inside Centenary Hospital for Women and Children – for one year.

With an influx of new families to Canberra and surrounding regions, as well as the NSW South Coast, the past year has seen record demand for accommodation at Ronald McDonald House by the families of seriously ill children.

Mirko says the charity was fortunate to partner with Canberra motels to provide extra accommodation when required.

“It’s difficult to knock people back,” he says.

Mirko is gearing up to take part in this year’s Ronald McDonald House Track Day at Wakefield Park, sponsored by Lexus of Canberra, in August, and the Red Wig Challenge walk and run in October.

In November 2021, the charity will also benefit from Canberra’s Meet the Makers wine dinner at Pialligo Estate.

Mirko says giving back to his community is important to him.

“We’re a big employer, we sell a lot of cars and we rely on the community a lot to be successful in our business so I believe it’s good to give back,” he says.

“The best way to give back to the community is to support our local charities.”

Known as ‘the Toyota and Lexus boss’, Mirko is the chief operating officer of the Janrule Automotive Group which is one of the biggest car dealer groups in Canberra.

With 376 employees, Mirko says he is keen to lead by example and encourages his staff to become involved in charitable works.

did he help these people out with accomm?

Great work Mirko. This issue needs to be highlighted. Canberrans in lower paid jobs are being completely priced out of the rental and housing market.

I’m not sure when Labor and Greens will realise that not everyone earns at least $80k a year. Full time dad who works in retail is gonna bring home about $55k a year. That doesn’t leave much fat after covering living costs, rates and taxes.

I see a lot of homeless people, out and about, they should be 1st in line for housing!! Also, would like to add that 2 of the regulars, at Dickson hacve homes!!!

An amazing human being

Mirko is all heart ❤️

Michael Schramko , what an inspiring boss you have.

It is outrageous that so many Canberra people are having to do it so tough, a city a affluent as Canberra should not be turning a blind eye to our homeless. What are our politicians doing about this blight on the nation’s capital?

Our Greens politicians still seem to claim that having a Greens politician (earning over $100,000 per year) in government housing instead of reallocating it to a real needy person was justified.

So I doubt they have a policy that would pass the pub test.

Either that or they don’t have the integrity to admit they were wrong.

Neil John - 10 hours ago
we drove to see my parents about a month ago at captains flat and it was a challenge to find a patch of road without massive... View
Lynne Donaldson - 12 hours ago
One of the worst road we have driven on, we drove to Captains Flat last week and couldn’t believe it’s condition. Rob Don... View
Nick Dal Molin - 13 hours ago
Eben Abraham have you seen the condition of the Captains Flat road??? Nothing in Cbr compares.... View
News 307

Is the hybrid a quick-fix for Australia’s current EV issues?