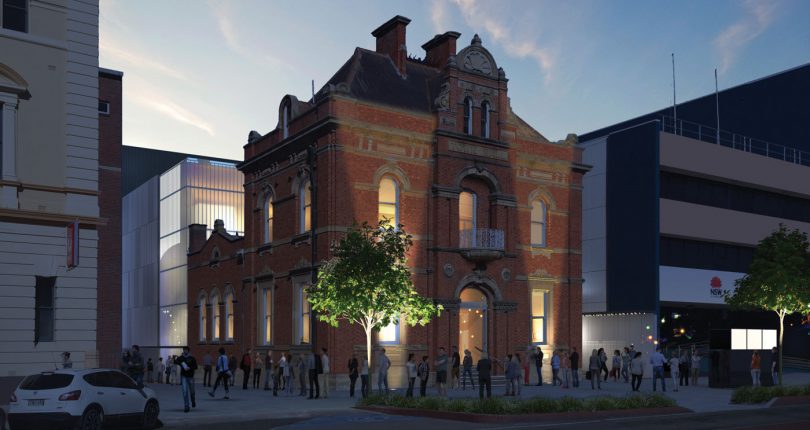 Following the Goulburn Mulwaree Council meeting, Brewster Hjorth Architects will now prepare detail design plans for the amended design of the PAC to include the fly tower. The fly tower was critical to the success of the PAC, the arts community told the council. Artist’s representation of the PAC supplied.

Construction will begin on a regional Performing Arts Centre (PAC) in Goulburn following a vote of confidence in the project from the majority of Goulburn Mulwaree Council (GMC) councillors last week.

All but two councillors – Margaret O’Neill and Sam Rowlands – voted to proceed with the PAC.

Concerns canvassed at the council meeting included cost, level of use and audience demand. However, market demand and economic assessment conducted by Lawrence Consulting found that the net economic impact of the PAC would be ‘highly positive’ for Goulburn.

“One of the things we are talking about tonight is the fly tower – whether we have that or not. I have researched it and the message loud and clear is that to do the fly tower now is important. If you don’t do it now, you’ll never be able to retrofit it,” Ms Conroy said.

She also made a strong economic case for the fly tower inclusion: “When I talked to the Bathurst Entertainment Centre it was clear that without the fly tower there are much higher operational costs.”

This view was supported by Mr Hancock who spoke about the efficiency of a fly tower.

“One major advantage is that you can move everything off the stage quickly so another organization can use that space… it makes space useable more quickly.” 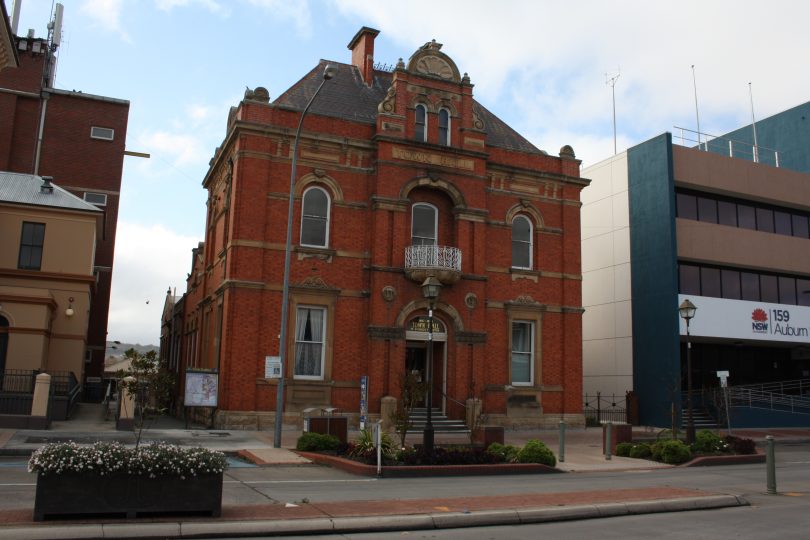 Adaptive re-use of Goulburn’s former town hall and council chambers will preserve the integral heritage of this iconic Goulburn building.

Responding to a question from Cr O’Neill about the use of the PAC by local and professional groups, Mr Hancock said the PAC’s success would largely be determined by who, and how, it was managed.

A fee structure which accommodated community user groups and a different level of fees for professional, business and touring groups was also important.

Deputy Mayor Peter Walker spoke strongly for the PAC, asking Director of Operations Matt O’Rourke how much the council was borrowing for the project. “$6.3m,” Mr O’Rourke said.

“I wanted to get that on the record,” Cr Walker said. He reiterated that it was a priority to employ “someone who can drive the bus”, before commending GMC staff for the incorporation of the fly tower which was “integral to attracting performances”.

Speaking after the meeting, Ms Conroy said she was “thrilled” with the council decision.

“There are multiple ways the PAC will benefit this region. Queanbeyan’s performing arts centre is over 20 years old and we will become the nearest contemporary designed centre to attract audiences – there is an opportunity for the broader region to bring performances here,” she said.

“Young people don’t have to go elsewhere to perform and there are opportunities for employment generated by the PAC. It is essential to get the right person to manage it. You need to have an inspired and clever person who curates and programs the building and allows the local community to be a part of that.

“It is a significant development for Goulburn and a turning point. It’s pivotable. It’s going to mean a lot for a lot of people and is an exciting step for GMC. I can’t congratulate them enough.”

“I think it’s great news that they’ve not only approved the PAC but seen the merit of a fly tower and included it in the project.

“I think the fly tower is so crucial to having a fully functional PAC that it would always have been deficient from the get-go without it,” he said.

“I hope the critics can at least entertain some of the positives this will provide for locals through their own use, and through attracting performers to town.” 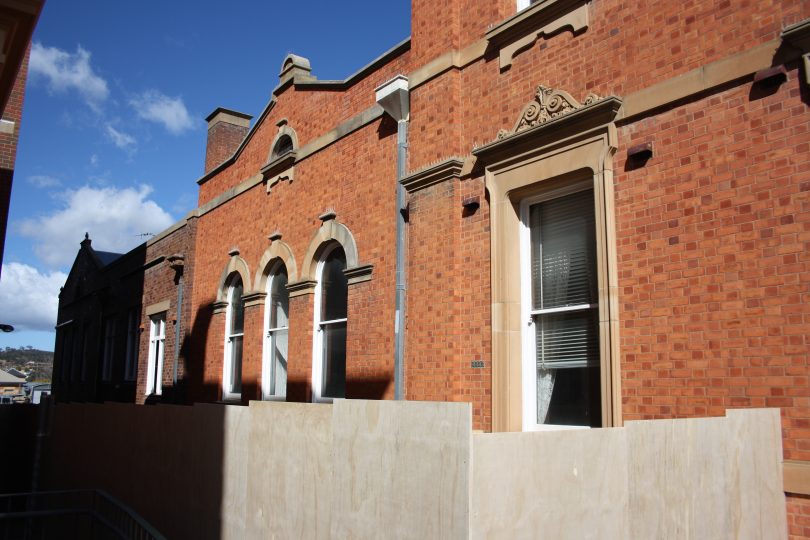 Boarded up and ready for excavation to the rear of the building to make way for the new Performing Arts Centre…a development that will be pivotable for the region, the local arts community submit.

The new performing arts centre is a wonderful outcome for occupying, upgrading and safeguarding a significant heritage building in Goulburn’s most prominent location. The main street will be alive on the evenings of performances. Now let’s see the eisteddfods, musicals, plays, musicians and comedians lift the spirits of everyone in the community. This is a whole lot healthier than relying on pubs and poker machines for entertainment.