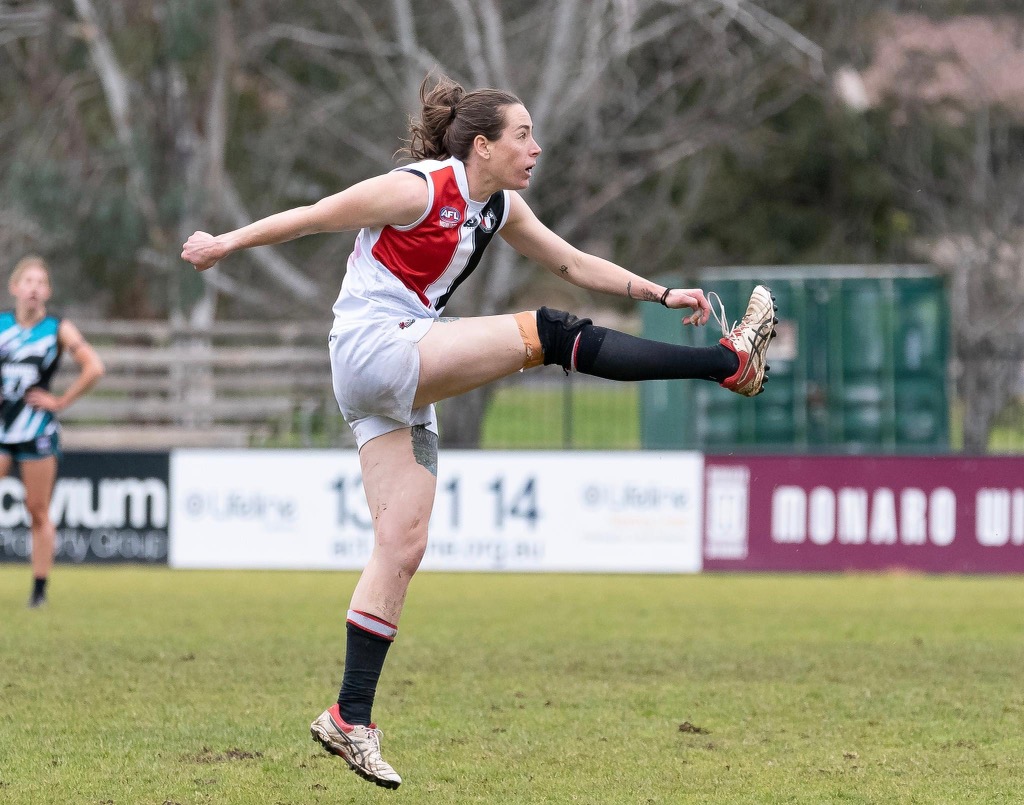 Dani Curcio was told she might never play competitive sport again – that was 15 years ago. Photo: Ainslie Football Club.

As she walked through the gates of Alan Ray Oval two Sundays ago, Dani Curcio quickly realised this was one of the biggest games of her stellar career.

It was, after all, a record-breaking moment for Dani and the crowd was there to remind her. They were decked out in t-shirts bearing her name.

The sense of occasion was fully justified.

Later that day she would become the most capped first-grade player in the history of the Ainslie Football Club. 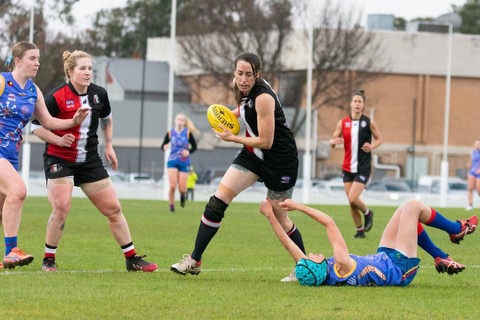 In the lead-up to the game, her focus was entirely on helping Ainslie continue its unbeaten run in this season’s ACT WAFL premiership.

There was plenty of emotion in the dressing sheds.

“They played a video tribute from Todd, Jason and Chris Rourke,” says Dani.

“I must admit I was a bit emotional and it almost made me cry.”

Needless to say, Ainslie won, making it straight through to the grand final.

Despite feeling the impact of a knock during the game, Dani attempted to steer the attention to the team’s performance.

But little did she know, the club was about to bestow an extraordinary honour.

Ainslie Football Club announced they would be naming the scoreboard ‘The Dani Curcio Scoreboard’ in recognition of her incredible milestone.

“I was lost for words. I had no idea that this was going to happen. All my family knew. It was pretty amazing what the club did for me.”

It was recognition for her perseverance, as well as a remarkable career hampered by injury and shortened seasons because of COVID. 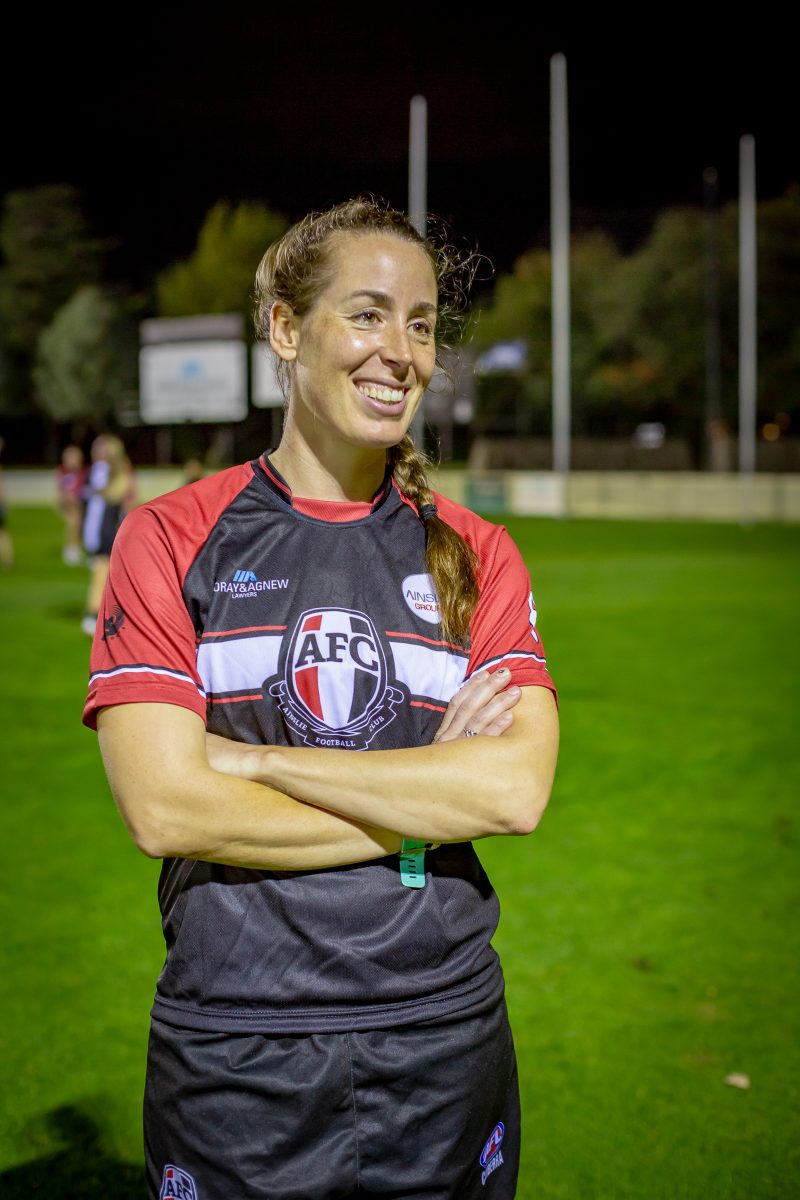 After playing her first senior game at 15 years of age in 2001, in a season in which she also played softball, Dani won the Most Improved Player award.

She ended up playing the two sports back-to-back for many years, including playing softball in the US before returning to play for the Ainslie WAFL team in the break.

The injury, which almost ended her career, occurred in 2007, when she shattered three-quarters of her kneecap. After a knee reconstruction, requiring her knee to be supported by nine screws, she was told she might never run again, let alone play competitive sport.

That wasn’t the case.

“I had a great physio who helped me through. A year or two later, I was back playing.”

For the moment, the focus is on the upcoming grand final. Beyond that, Dani says she is keen to keep playing as long as her body holds up. 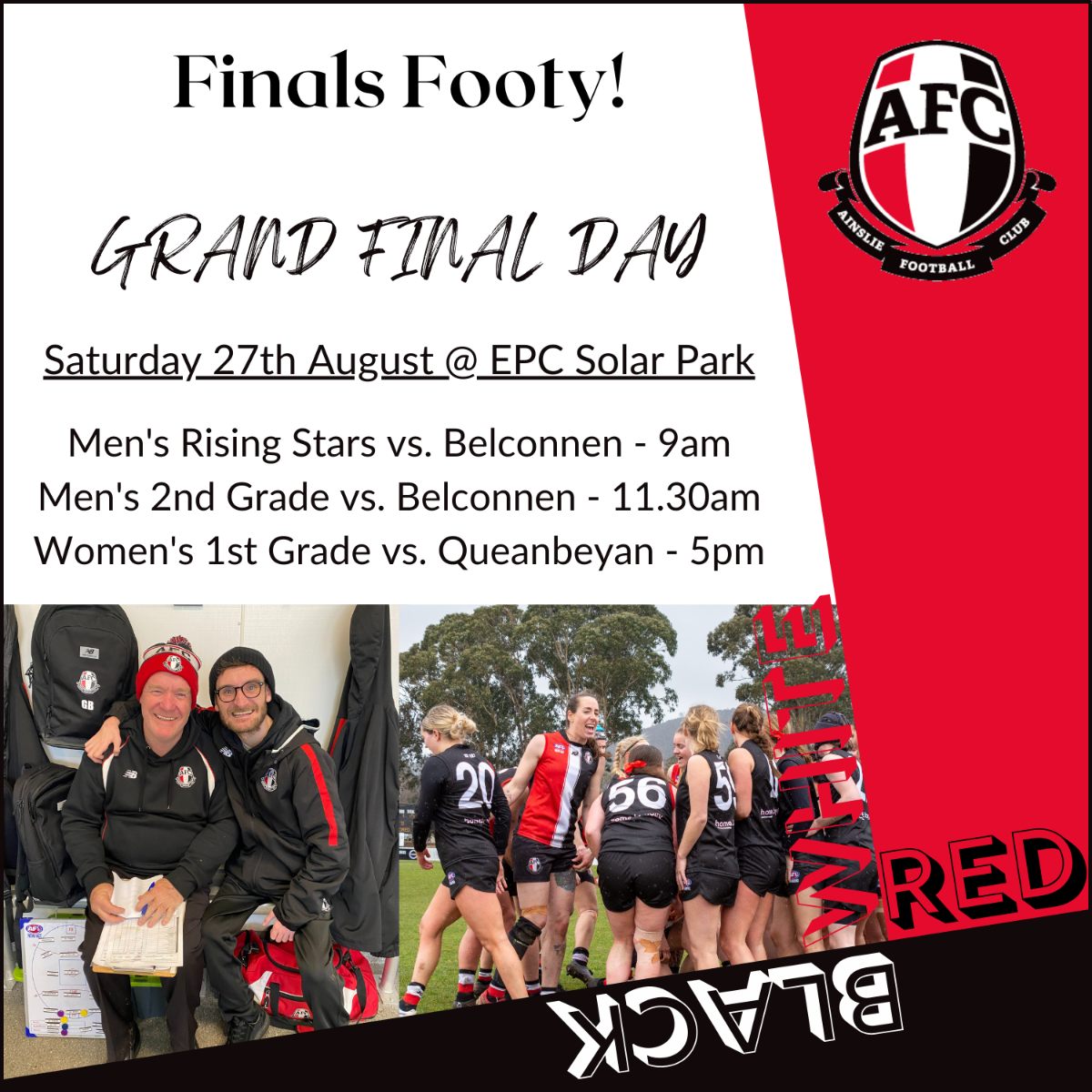