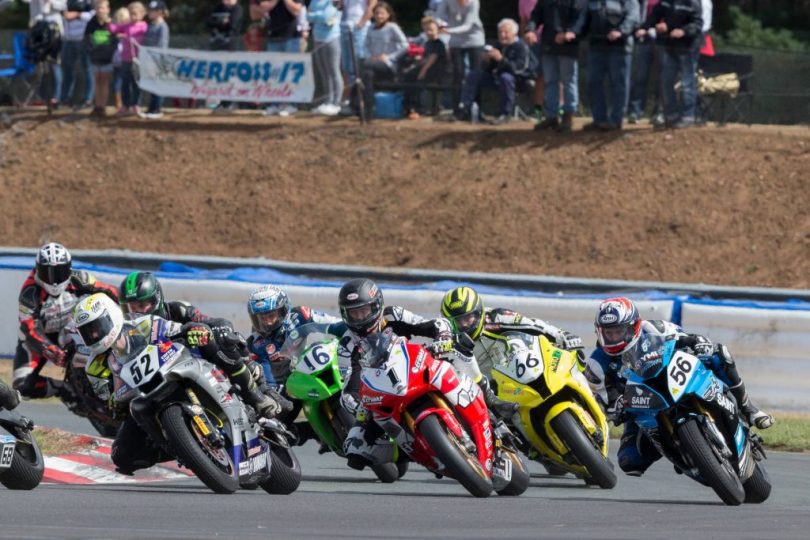 While an economic impact statement has found Wakefield Park Raceway is a strong contributor to Goulburn’s economy, plans to grow the motorsport facility are largely dependent on managing the challenges of current zoning.

Located 96km from Canberra and just 12kms from Goulburn, Wakefield Park injects almost $15 million annually into the Goulburn region and supports over 70 full-time jobs. However, despite the economic boost, Wakefield Park Manager Matt Baragwanath says the current farmland zoning is holding the raceway back.

“We’re a busy venue; we operate seven days a week and are solidly booked until Christmas but there are challenges with nearby residents and Local Government. We have to manage those relationships without having the raceway commercially restricted,” Matt said.

“Our sister track at Winton near Benalla is zoned as a motorsport precinct. At Wakefield, we strongly monitor noise levels as we are restricted to 95 decibels (dBs). We’ve also just put a noise management plan into Goulburn Mulwaree Council with which we have to comply.”

Motorsport zoning issues have already been identified by Goulburn Mulwaree Council in its 2016 Employment Lands Strategy which identified motorsports in the region as an important growth sector. The Strategy recommended “review of the current zoning and planning controls to allow appropriate expansion for the motorsport industry.”

The council recently convened a meeting of Goulburn regional motorsport groups including Wakefield Park where talks focused on the potential to leverage and expand the local industry.

In a bid to demonstrate the importance of Wakefield Park to the regional economy and to support planned multi-million dollar upgrades, Raceway owners Benalla Auto Club (BAC) commissioned the economic impact statement compiled by Melbourne based Urban Enterprises.

Along with the regional economic injection, the study found Wakefield Park contributes around $23 million to the NSW economy. The facility attracts spectators from across Australia and hosts national championships such as the CAMS NSW State Championship and the Australian Superbikes Championship. It’s also home to the vintage motorsports – the Australian Road Race Historic Nationals and the WPM Amaroo Meeting. 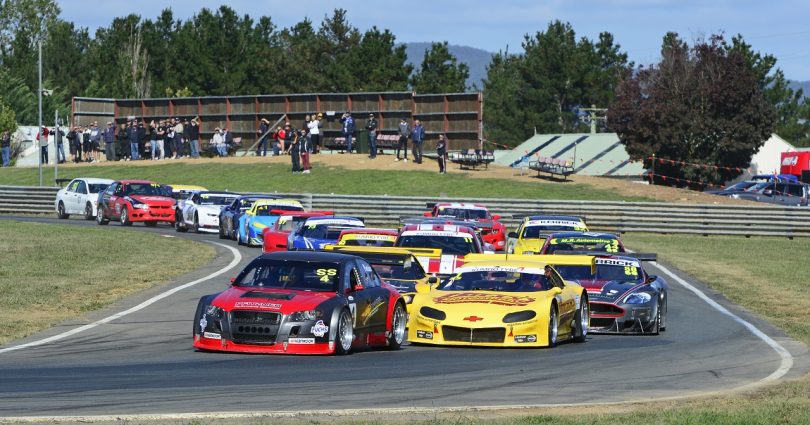 The CAMS NSW State Championship at Wakefield Park, a growing motorsport facility in the Sydney-Canberra-Goulburn region. Photo courtesy of Wakefield Park and TBG.

Its driver experience offering which allows owners of high-end cars to race their cars on the circuit is growing in popularity.

“We offer experiences from the low end to the high end. At the high-end drivers have their cars such as Lamborghinis and Porsches delivered to Wakefield, then fly in via chopper, race their car and then return home to Sydney. I love those days,” Matt said.

“I grew up in a motor racing family and it’s my passion. I worked as a property developer before getting into managing racing circuits and it’s a dream come true to be working in the industry I love,” he said.

He’s got big plans to build on the growing commercial success of Wakefield. Upgrades will include a $2.5 million resurfacing of the track and a $1 million makeover to the pit lane and garages.

“There’s also a good thirst for an upgraded corporate center too and improvements to driver education facilities for L and P plate drivers,” Matt said.

Wakefield Park’s success is reflected in the economic contribution of motorsports to the national economy. It’s a similar story overseas.

A 2013 Ernst & Young study commission by the Confederation of Australian Motor Sport (CAMS) found that motorsport is the fourth most watched sport in Australia, generated $2.7 billion in direct industry output and created 16,300 jobs.

Internationally, research has estimated the UK motorsport industry had an annual turnover of £9 billion in 2013.

“We’re a commercially thriving business that can grow in the future if we’re allowed,” Matt said.

Are you a motorsport fan? How can motorsports overcome the ‘not in my backyard’ barrier and still thrive?

We have money and designs approved and printed for wrapped rainbow buses instantly ?

Seven years ago and the kids of the ACT are still waiting ?

A DIRT bike Mecca would be constructed in bushland to the west of the territory under an election commitment by the ACT Greens.

The ACT Greens today announced it would provide $500,000 in funding to build an off-road trail bike facility at Pierces Creek.
http://www.canberratimes.com.au/act-news/greens-want-space-for-dirt-bikes-20120915-25zcl.html

Given that most governments in the western world are now planning to ban 2 stroke motor cycles on public roads due to the pollution they create, do the ACT Greens intend doing the same thing in the ACT and extend it to the new off-road facility?

We have money and designs approved and printed for wrapped rainbow buses instantly ?

Seven years ago and the kids of the ACT are still waiting ?

A DIRT bike Mecca would be constructed in bushland to the west of the territory under an election commitment by the ACT Greens.

The ACT Greens today announced it would provide $500,000 in funding to build an off-road trail bike facility at Pierces Creek.
http://www.canberratimes.com.au/act-news/greens-want-space-for-dirt-bikes-20120915-25zcl.html

I can remember the hill climbs off Sutton Road. Canberra is bereft of any motor sport following closure of the drag-way near the airport despite promises by previous governments to re-introduce it.

I would like to see a hill climb event held at the Arboretum – the road from the entrance to the top would be fantastic and there would be heaps of great viewing for spectators.
The Arboretum was used recently to promote a regional car rally – why not go the whole way?

Margaret Edwards - 2 hours ago
That’s where I fell in love with aqua aerobics many years ago. View
Tracey Crump - 3 hours ago
Lizzie Parlane I think the pools will remain open (post lockdown) but the fitness programmes, including aquarobics will cease... View
News 12

JC - 3 hours ago
Cool story. Except that isn’t what has happened. No where near that much has BEEN spent on lightrail nor has what has been... View
nadine - 4 hours ago
Exactly, when our population was around 250k we had 3 hospitals. Our population as almost doubled but we only have 2 public h... View
whatwik - 4 hours ago
Any informed updates on schools in the ACT and Victoria planning to commence staged returns on 5 October, but NSW not until 2... View
News 23

Kay Pearce - 4 hours ago
Mrs Prowse was my grandmother and I can well believe she would walk to Manuka… well into her seventies and early eighties s... View
Lifestyle 11

Fast Fun for all with Hyundai N at Wakefield Raceway