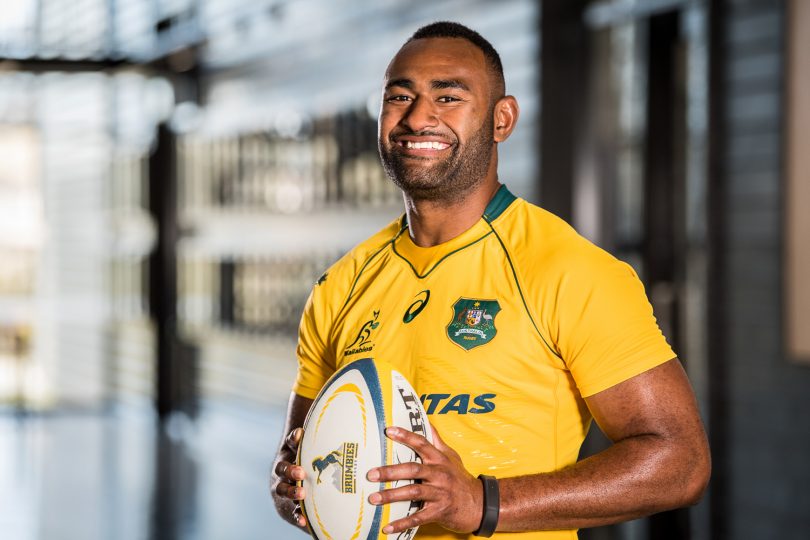 Wallabies centre Tevita Kuridrani re-signed a two-year deal with ARU and the ACT Brumbies this week just days before his first Test in Canberra.

Kuridrani said he did think about playing overseas but wanted to stay in Australia for the next two years because he is excited about his future with the Brumbies and Wallabies.

“I’m very happy here at the moment, in Canberra. I’ve enjoyed my time here and I’m really excited for these next few years,” said Kuridrani.

“I have a lot more to offer to Australian rugby and to the Brumbies,” he said. 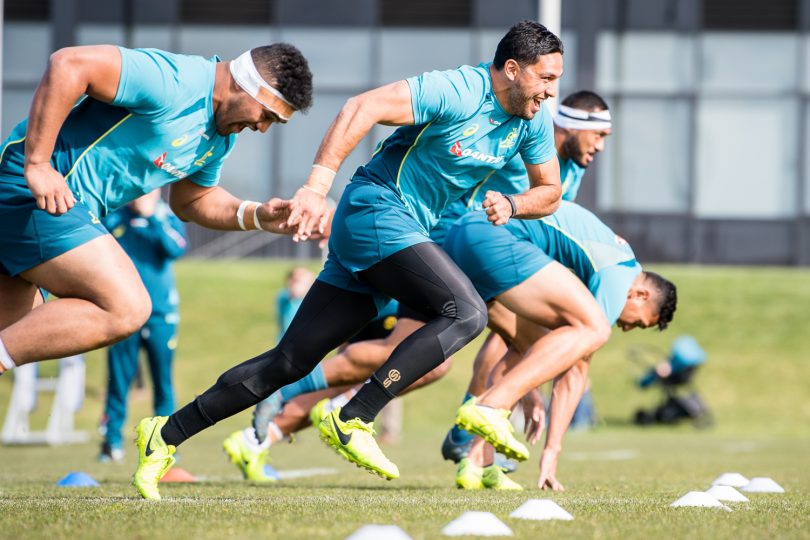 As a teenager, Kuridrani came to Australia with his family and moved to Queensland. His rugby skills were quickly noted and he was called up to play for Australia at Sevens and an Under 20 level.

“I grew up in Fiji, where rugby is everything and always looked up to rugby stars,” said Kuridrani.

“When I moved over from Fiji to Australia, when I was 16, I’ve always wanted to play for the Wallabies. It was my dream as a little kid,” he said.

“Even to just play one Test match, that would’ve been enough. And I think my dream came true.” 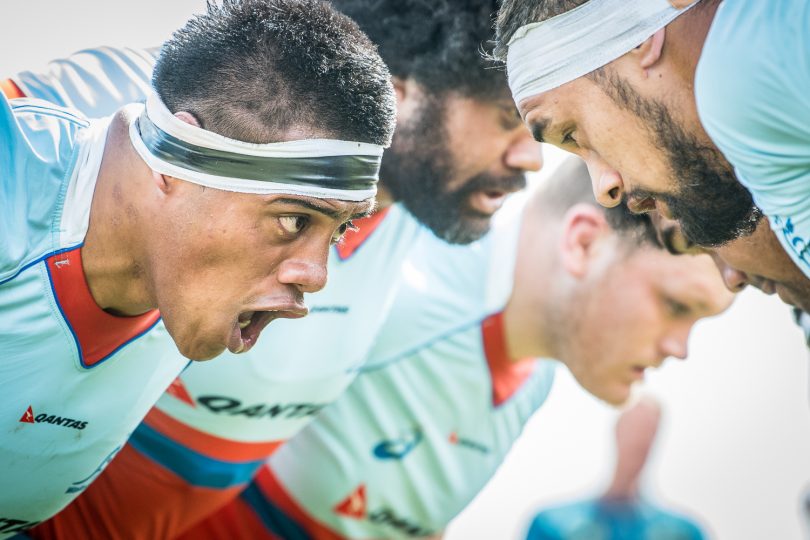 In 2012 he relocated to Canberra to play with the Brumbies and was soon promoted to the Wallabies with an international debut in a 2013 Bledisloe.

The Fiji-born midfielder played his 50th Test match, against South Africa last weekend, ahead of his first Test in Canberra when the Wallabies take on Argentina on Saturday night.

“I played my 50th last weekend. I never really thought when I started playing that I would play 50 games [for the Wallabies],” he said.

“My long-term goal now is to have a crack at the next World Cup, which is in two years time.” 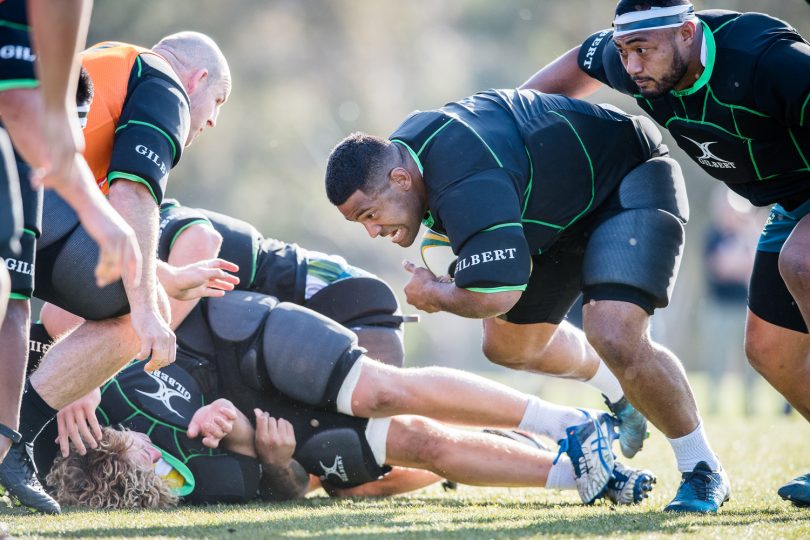 Rugby fans should expect a physical and fast clash between the Wallabies and Argentina. Photo: ARU Media/Stuart Walmsley.

Kuridrani is one of the Brumbies’ most experienced players, becoming the 150th player to represent the ACT Club in Super Rugby.

Brumbies head coach Dan McKellar said it is great news that the world-class player has signed a new deal to commit to the Club.

“He is now one of our most experienced players, he’s an international outside centre,” McKellar said.

“He’s [194 cm] and 105 kg, so he offers that form of difference. He’s pretty direct; he gets involved in the game and allows us to play quickly in attack,” he said.

“Just through his sheer size, he attacks multiple defenders and because of that it creates opportunities elsewhere.”

“[But] it’s his work ethic in defence which is equally as important.” 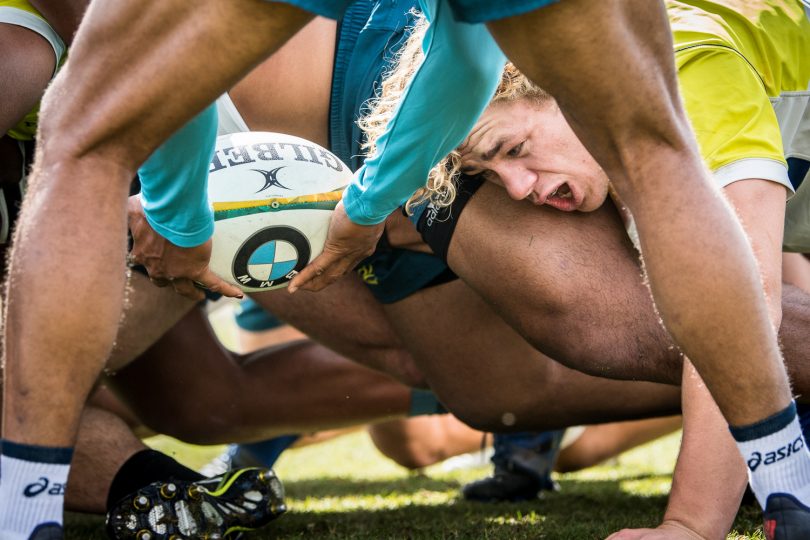 “Playing as outside centre he travels a lot of metres in defence. And it’s what he does; his work off the ball and his ability to tackle makes him an important part [of the team].”

“Having played 50 Tests for Australia, those experiences are invaluable in terms of [the] knowledge that he can share with our up and coming players,” said McKellar.

“We are all very excited to have Tevita remaining at the Brumbies for the next couple of seasons,” he said.

Kuridrani said rugby fans should expect an exciting Test match between the Wallabies and Argentina on Saturday night in Canberra.

“There will be a lot of physicality as well. They are very fit boys and they expect to get physical,” he said.

Kuridrani thanked Wallabies and Brumbies fans for their ongoing support and encouraged them to turn up to Saturday’s Test in Canberra.

Tickets for the Qantas Wallabies 2017 Rugby Championship are available through Ticketek.

Would you like to see more rugby Test matches in Canberra? Let us know in the comments below.