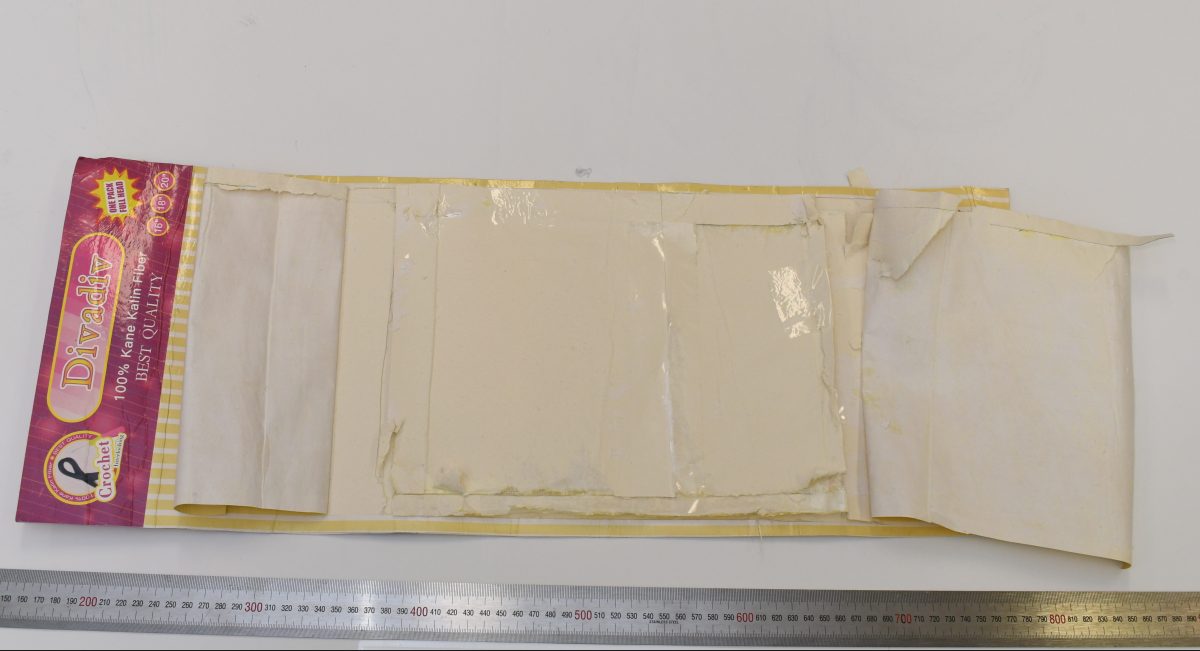 A wannabee drug courier who saw an international delivery of cocaine as the “easy way to resolve his problems” will spend at least two years behind bars.

On 7 November 2021, an airfreight consignment arrived in Sydney from Nigeria for a consignee called ‘Samantha Cherry’, recently released sentencing remarks from the ACT Supreme Court say.

But its intended recipient was Kyle Ian Christopher Pickering-Wilson in Gordon.

While the consignment had been declared as containing “weavon and eyelashes”, when the Australian Border Force examined it, they discovered 706.98 grams of cocaine in bags hidden among the cardboard attached to 20 packets of hair extensions.

On 10 November 2021, Pickering-Wilson sent encrypted text messages to a contact saved in his phone as ‘Bonoboo’, including saying, “This thing is coming from overseas”.

“I thought it was coming within Aus,” Bonoboo replied.

Australian Federal Police replaced the cocaine with an inert substance, installed a surveillance device onto the consignment and an officer posed as a courier to deliver it to Pickering-Wilson’s home on 24 November 2021.

He took possession of the consignment, then police raided his home later that day and found it on the floor of his bedroom.

Police interviewed him and he admitted using his own mobile phone when organising the delivery of the consignment.

But he said he didn’t know the name or phone number of the person who contacted him about the consignment and did not know a ‘Samantha Cherry’.

“I’ve got no idea what is actually in the box. I was just told I was receiving it,” he claimed.

He said he would be paid in cash to do so but didn’t know how much he’d get, and eventually admitted to police that he’d assumed the package would contain cocaine.

Pickering-Wilson was arrested and didn’t apply for bail when he first appeared in court to face his charge.

Justice Geoffrey Kennett said there was limited evidence on the scale and sophistication of the drug enterprise or the exact role occupied by Pickering-Wilson.

“What is apparent from the text messages and admissions made by the offender is that the offender was taking direction from another individual who organised for the offender to receive the consignment in return for payment,” he said.

“Such a role, often given the short-hand description of ‘courier’, is an important and necessary part of the enterprise.”

Justice Kennett noted Pickering-Wilson had said he saw the offending as an “easy way to resolve his problems” of financial strain, unemployment and a desire to move from Canberra to Queensland to escape anti-social peers.

Pickering-Wilson, a 24-year-old who has worked as a gyprocker and in steel fixing, pleaded guilty and was convicted on a charge of attempting to possess a marketable quantity of an unlawfully imported border-controlled drug.

He was sentenced to three years and seven months’ jail, with a two-year non-parole period. He can be released in November 2023.